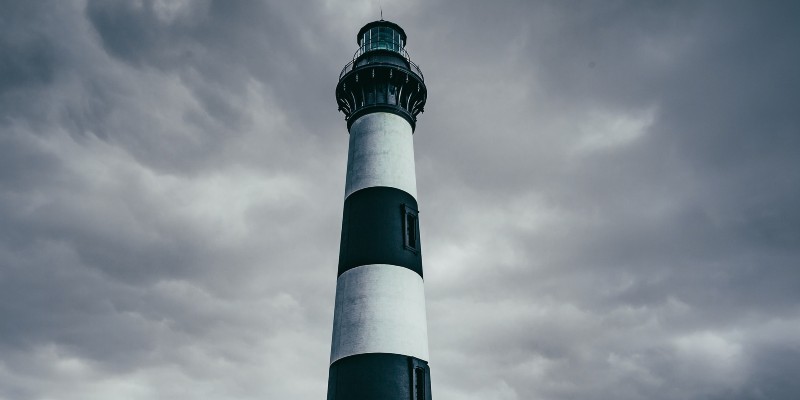 In 1900, three lighthouse keepers disappeared from a post in the Outer Hebrides. It was a story Emma Stonex needed to tell.

Ten years ago, I came across a true story that enthralled me like no other: the disappearance of three lighthouse keepers from a remote post in the Outer Hebrides, Scotland, over Christmas 1900. The mystery itself was fascinating enough—the abandoned, ghostly lighthouse; two stopped clocks; and the Principal Keeper’s weather log recounting a terrible storm when there had been no such thing—but the setting made it irresistible. I’ve long been drawn to the sea, its wild splendor and changing moods, the secretive depths that call us on a voyage of discovery. This real-life event roped together all I love to get lost in as a reader, and I knew I had to tell it.

An author’s challenge in retelling a historical episode is twofold. First, she must be sensitive to the incident, whose aftershocks might still be felt by living people. Second, she must use her imagination to bring fresh interpretations and perspectives to the fore, and in doing so contribute something meaningful. All history is fiction, so the saying goes, but if such a venture hopes to succeed then it should strike a balance between authenticity and invention.

We are forever trespassing into history, digging around in the soil, dusting off new discoveries and tilting them to the light. The past can’t answer back, it can’t defend itself, so it should always be treated with respect, consideration and even a degree of reverence. Particularly where a writer’s inspiration ties into tragedy or loss of life, she has a responsibility to tread carefully around its edges, not to impose herself too firmly into the story, and to seek to understand the hearts and minds of those who experienced it. In the case of the lighthouse vanishing, those three keepers have never been found: a hundred and twenty years later, their families still don’t have answers. This became the core of The Lamplighters. How does the human spirit survive uncertainty? What versions of the truth do we tell ourselves in order to carry on? Does the truth matter as much as it did at the beginning, or is faith and acceptance the only way to forge ahead?

I was wary of attempting to retell the story of the Flannan Isles because I didn’t believe it was my place: I hadn’t known those men and didn’t wish to put words in their mouths or thoughts in their heads. Deliberately, I relocated the event to 1972 and to a lighthouse off the south coast of England. (This also saved me wrapping my ear around turn-of-the-century Scottish vernacular, which is probably for the best!) I also decided to swap the real-life island lighthouse for a tower, which is one that comes straight up out of the sea and is often miles away from the mainland. Changing the physical situation, the decade and the location enabled me to see the event from an original angle. (What’s more, tower lighthouses have no land surrounding them whatsoever, making the disappearance even more intriguing and seemingly impossible.) The trick was to take the event as a foundation, but to build something new that could survive without the scaffolding.

Once I had an adjusted set-up, I felt confident in weaving my story through fictional characters. I wanted to use every detail that gripped me about the real event, notably the supernatural suggestions and elements—three large black birds, for example, seen by visitors to the Scottish island where the men vanished; and tales (some taller than others) of abduction and conspiracy. What interested me most was the psychology of the lighthouse keepers and what could be the long-term effects of quarantine and isolation. We are all learning to be lighthouse keepers, in a way, in this strange new world of 2021, and the disadvantages to mental health are very real.

Thinking about this essay had me remembering novels I’ve enjoyed based on or inspired by actual events. Does all fiction rely on historical episodes, to an extent? If not in the public eye then those drawn from the deep well of personal experience, of real people the author has seen or spoken to, of places she has visited? Recently, I read and admired Girl A by Abigail Dean, which reimagines through its female protagonist how life could go on after a desperate and horrifying upbringing. Dean drew inspiration from several real-life cases of captivity, escape and religious zealotry, and spun a completely original and captivating tale from it. Then there’s Lionel Shriver’s decade-defining We Need to Talk About Kevin, inspired by the appalling Columbine Massacre of 1999: Shriver reimagines events from a mother’s point of view, and in doing so offers not just a commentary on violence and indoctrination, but also a parent’s worst nightmare. Both authors relay with sensitivity and compassion what it might have been like to live through such a thing: when done well, readers can expect to be enlightened as well as entertained.

Then there’s fiction that takes on centuries-old worlds. One of my favorite novels is Rose Tremain’s beautifully realized Music and Silence, which tells the story of lutenist Peter Claire, arriving in the court of King Christian IV of Denmark to find himself torn between service to the monarch and the woman he loves. The most remarkable fiction reveals that people don’t change, not really—not in the important ways—whether they’re living in 1600 or 2021. We all feel the same, hurt the same, fear the same, love the same, wherever we’re born and in whatever time. Perhaps this is the critical feature to keep in mind when retelling an historical event: that the incident itself might seem beyond reach, but the people who lived it are just like you and me.

When I was researching The Lamplighters, the questions I kept returning to were personal ones: how would it have felt to be a lighthouse keeper? How might I have fared being married to one, living in isolated coastal accommodation, with only the sea for company? Could I have endured the cruel limbo of missing a loved one, and how would I have mourned them, or let them go, or hoped for them still? Matters of the heart drive all fiction, whether based on actual events or not. The only distinction is one of good judgement and sympathy to those who went before us, so as not to stifle or distort their integrity. That’s the key to opening up the past. 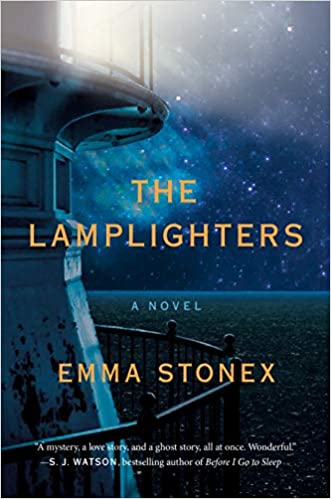 Emma Stonex is a novelist and The Lamplighters is her debut under her own name; she is the author of several books written under a pseudonym. Before becoming a writer, she worked as an editor at a major publishing house. She lives in Bristol with her husband and two young daughters.

On Keeping Chickens in the Literary Enclave of Oxford, Mississippi 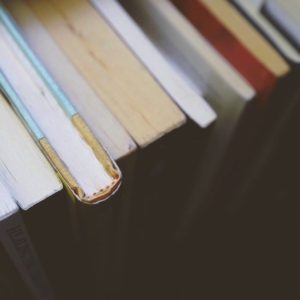 From the moment I began writing fiction, I knew my stories would be fantasies. I’ve always read widely and enjoyed a variety...
© LitHub
Back to top