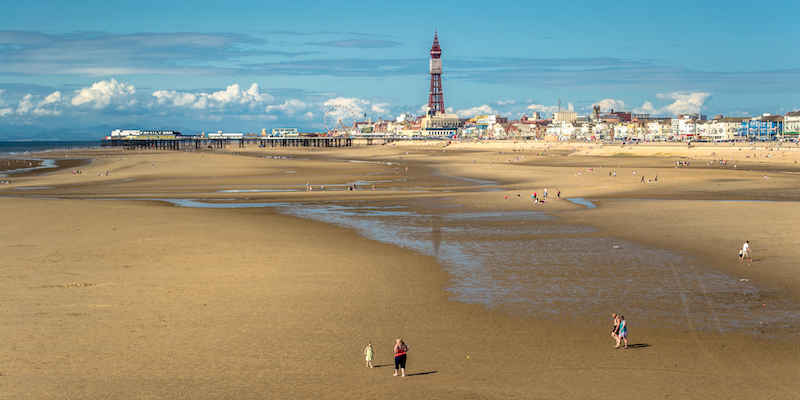 Forget Writing What You Know. Write Where You Know.

When I chose to set my book in the depressed coastal town where I spent my childhood, I knew it couldn't be anything other than a crime novel.

They say: write what you know. I don’t go in for that. At all. If I only wrote what I ‘knew’ every story I produced would be about a thirty-something white man spending a lot of time looking at food labels in Tesco and playing a lot of videogames. Isn’t part of the novelist’s job imagining characters and scenarios they have never and will never encounter in real life? If we were barred from writing what we didn’t ‘know’ there would be no novels, only autofiction, memoir.

I appreciate the sentiment behind writing what you know. Nothing is more important—both to readers and to me as a writer—than authenticity (don’t conflate with realism; you can have an authentic science fiction novel). But for me, authenticity in a story comes more from place, setting, environment. If the setting is right and the characters feel at home in it, it’s far easier for readers to suspend their disbelief. Then you can really mess with them. On the other hand, nothing breaks a novel’s spell faster than a half-baked setting.

So I say: write where you know. Writing what I don’t know holds no fear for me. But the thought of setting a novel in a place I’ve neither lived nor spent a goodly amount of time in fills me with dread. How could I expect to suffuse the novel with authenticity if my only reference for a place is Google images?

The setting for This Little Dark Place, is a fictional town called ‘Wilder-on-Sea’, a Frankenstein’d and exaggerated (but not much) composite of the towns, woods, beaches, streets and houses of my childhood. I grew up in The Fylde, a cluster of coastal towns and communities in the north-west of England. It’s fair to say most of the small towns that comprise The Fylde have seen better days. Blackpool, which according to government figures is the most deprived neighborhood in the country, with its rusting half-size Eiffel Tower, is its de-facto capital. Almost every official metric you can think of for measuring the prosperity of a place is in the danger zone. Drug use is high (Blackpool has the highest heroin overdose rate in the country, twice as high as anywhere else in the country). Preventable deaths are high (Blackpool’s mortality rate from preventable causes is the highest of any local authority in England). Suicides are high. Violent crime is high (of the UK’s 104 postcode areas ‘FY’ has the highest rate of violent crime; higher than any postcode area in London).

While the Fylde may be a statistical outlier, it would be an insult to people from other British coastal communities to say that its problems are unique to it. They’re not. The people in my fictional version of the Fylde, Wilder, are known as ‘Wild’uns’. They’re tough. The epithet is “…a grim badge of honour…a symbol of endurance” and I think a lot of people from the Fylde—and other similarly forsaken places—will relate to this. I mean it as a compliment.

British coastal towns have been declining since the 60s, when it became more viable and affordable to holiday abroad. Nowadays, to my eye at least, they seem to have about them an aura of decay, death. The sea, rather than offering escape, feels like a barrier (or offers a different type of escape altogether).

Hemmed by the Irish Sea to the west and the M6 to the east, I felt like I was living on an island within an island. In quarantine.

Don’t get me wrong. I had a wonderful childhood. I consider myself lucky to have grown up where I did. Being a Fylde child was fun. Rollercoasters, donkey rides, fried sugar-dipped doughnuts, proper fish and chips (yet to find a decent chippie in London), sea air. What’s not to like? And it has some of the most beautiful country for miles, which is something I hope I have also captured in the novel. But as I approached my teenage years I started feeling isolated. Looking at a map of the UK really drove it home. We were miles from anything, from the nearest big city (Manchester), from London, from Europe. Hemmed by the Irish Sea to the west and the M6 to the east, I felt like I was living on an island within an island. In quarantine. The environment I created in ‘Wilder-on-Sea’—and at ‘Lane’s End’ especially—was designed to provoke in readers a similar sense of isolation, of being trapped, perhaps a sense of claustrophobia.

During the time I spent wandering the empty film set of my book in my head—before I began writing it in earnest—isolation emerged as a key theme. Isolation is a dreadfully powerful thing. There’s a reason prisons use solitary confinement as a deterrent or punishment. Isolation can drive a person potty. It can break a person. I can’t think of a more plausible explanation for the aberrant violent crime figures for my hometown than a collective sense of isolation. Financial isolation. Cultural isolation. And when I talk about violent crime in the Fylde, I mean violent. I can think of at least four or five murders that occurred within five or 10 minutes’ drive from where various family members of mine live. And there have been some truly grisly murders in the Fylde. I remember in the 90s hearing about a decapitated body being found in a bin in Blackpool. I was terrified but also morbidly excited by it. I remember being driven in my dad’s Transit van to the childminder before school, craning my neck, trying to get a look down into the street bins as we passed them. Would I be the one to discover the head? There have been countless other murders. And these aren’t quotidian drug assassinations—I’m talking pre-county lines (no killer cuckoos yet)—these are crimes of passion, crimes of poverty, congenitally deprived people letting their repressed rage boil over. Dickensian violence. Drownings, burnings, decapitations.

I’ve always been far more interested in the stories of everyday people driven to extraordinary acts (as opposed to stories about the highborn, the talented, the destined), in the psychology of how someone’s mind can slowly start turning, that grinding down of a person’s psyche, day by day, the desperate circumstance, the hopelessness, the powerlessness, and then—SNAP—the breaking point. In This Little Dark Place I kept digging down into this concept until I hit something hard. I explore what happens to normal people when they become extremely isolated, the impact this has on their psyche. I inflict a series of awful events on my characters and observe the fallout. The literary equivalent of holding a magnifying glass over a group of trapped little ants, watching them keel, combust.

So when I started chronicling the unhappy relationship between the two ‘Wild’uns’ Daniel and Victoria, and I let these characters loose in my film set, I found it impossible to stop my mind wandering to some, yes, dark places. Jealousy, lust, deceit, these were the things I wanted to write about. Violence, degeneracy? No way. I wanted to distance myself from those things, avoid them as I have done my whole adult life. I wanted to write something beautiful and tender, a character driven piece. But setting a book in my proxy Fylde, ‘Wilder-on-Sea’, and not having these things in it would be like photographing birds and trying to edit out the sky. These things exist in real life so they ought to exist in my book. If I truly valued authenticity over everything else, I had no choice but to give in. And so, as setting directly informs character (as it does in real life—but that’s another conversation entirely) I invented some pretty contemptible characters. And in the end I think I did write something beautiful. Only something darkly beautiful. A chunk of obsidian glinting in moonlight.

A.S. Hatch grew up in Lancashire in the 90s, and has lived in Taipei and Melbourne. Now he lives in London and writes fiction in his living room-slash-office-slash-gym in the early hours of the morning before going to work in political communications. 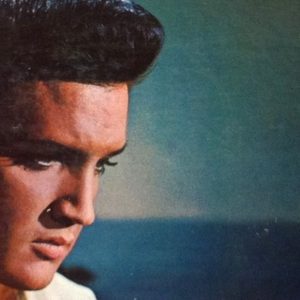 ELVIS COULDN’T GET THE BULLETS into the chamber: His fingers—swollen along with the rest of his body from a steady diet...
© LitHub
Back to top