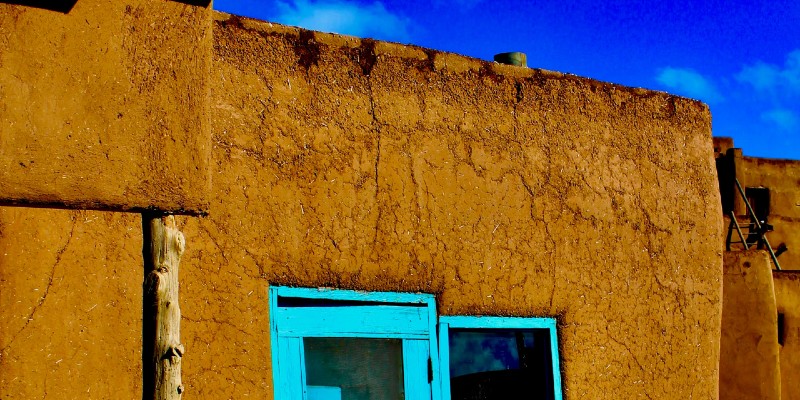 Anne Hillerman on the pleasures of 'The Turquoise Shop'

One of the great joys of discovering a skillfully constructed novel is the story’s ability to put the readers inside the skin of the characters. We get to live in the place and time in which the fictional world unfolds. In the case of Frances Crane’s The Turquoise Shop, readers travel back to the 1940s and a small town in northern New Mexico filled with pleasantly quirky folks and a pair of murders to be solved. 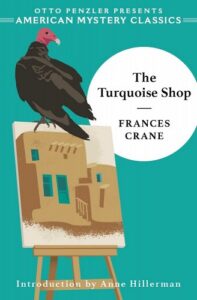 Novels give us the gift of seeing the world through new eyes, the eyes of strangers or, in the case of a series, the eyes of characters we’ve come to know. Well-crafted books entertain and, if we are in the hand of a writer of Crane’s caliber, teach us something as a bonus. Good books even transform us for the better in subtle ways. Surrendering to good book allows us to leave the stresses of the day behind. As a reader, by the time I reach the final chapter or have to give in to sleep, often to my surprise, the day’s troubles seem less troubling.

It gives me special delight to dive into entertaining books by authors I haven’t encountered before. I am grateful to Otto Penzler for introducing me to this charming vintage mystery, the first in Crane’s popular, long-running detective series. Because Frances Crane lived in Taos, New Mexico, for a stretch of her adult life, it isn’t difficult to imagine that she based her fictional Santa Maria on Taos.  Her depictions of the town’s plaza as the center of commerce and socializing, the soul-stirring beauty of the mountains and mesas beyond community boundaries, and the happy isolation from chaos of big city life—all these are spot on. The setting certainly reflects the way things were in the high altitude of Taos and many other small towns in Northern New Mexico decades ago.

In fact, Crane’s careful depictions elevate two of the settings in the book into something close to characters. The Turquoise Shop, the cozy gallery trading post that Jean Holly runs as a business and gathering place for people with news to share, could be modeled after any number of galleries in Taos or other New Mexico art towns. (Jean Holly, by the way, is the future Mrs. Patrick Abbot.) Crane also give us a mysteriously deadly cabin on the rural outskirts of town. But even more intriguing is the site of the second murder, a much grander place and the home of another central character, Mona Brandon. Anyone who knows much about New Mexico’s rich history as an arts colony will recognize the similarities between Mona’s fiction hacienda and Taos’s Mabel Dodge Luhan house.

Rich in history and much-praised for its beautiful, authentic adobe architecture, the house has been a center of Taos arts and education for nearly a century. The rustic and relaxing ambience of the place situated at the end of a quiet road not far from the center of town reflects the taste of the woman herself. Sometimes referred to as New Mexico’s Gertrude Stein for her skill at bringing together talented, creative people, Mabel’s guests included author D.H. Lawrence, who said his time in Taos changed his life. She hosted a Who’s Who of creative talent over the years including Georgia O’Keeffe, Ansel Adams, Willa Cather, Marsden Hartley, Aldous Huxley, Robinson Jeffers,  Mary Hunter Austin,  Frank Waters, and many more who shared drinks and conversation at legendary parties. Biographers have characterized salon hostess, art patroness, and writer Mabel Dodge Luhan as a self-appointed savior of humanity and a woman of profound contradictions: generous and petty; domineering and endearing. She died at this spacious home more than sixty years ago.

Today, despite the passage of time, the house appears much as it did in the days when Mabel admired her views of the sacred Taos Mountain from the third-story solarium.

Frances Crane lived in Taos during the Mabel days and she uses both the home and Mabel herself as inspiration. The hacienda as portrayed in the book is even grander than it was in real life. Among other modifications, the author adds a swimming pool fed by local hot springs. But reimagined as the character Mona Brandon, the legendary Mabel doesn’t come off quite as sweetly.

Mona also lives in a grand hacienda and shares many of Mabel’s less complimentary traits. Mona’s personality is decidedly darker than the legendary Mabel’s, as benefits a central character in any good mystery.

For me, in addition to the wonderful setting, another facet of the book’s appeal is Crane’s ability to bring to life the other unusual people who live in her fictional Santa Maria. As a nearly life-long New Mexican, I can vouch for their authenticity. Crane’s characters, like some of us real Northern New Mexicans, are tolerant of and even oblivious to the unusual aspects of both our own behavior and that of the humans around us. Santa Maria, like many small real-life New Mexican towns, is known for its oddballs. Even protagonist Jean Holly is on the eccentric side. For instance, she tells us she doesn’t have a car because she believes she’d have no time to use it. And then she complains about how long it takes her to walk anywhere!

In The Great Taos Bank Robbery, the title story of his collection of non-fiction essays, one of New Mexico’s best-known authors, Tony Hillerman, also captures some of Taos’ eccentric charm. Although the story, based on eye-witness accounts from the local newspaper, is set in the 1960’s, Hillerman’s characters are as out-of-the-ordinary as some of Crane’s. And this little piece came before Hillerman switched to mystery fiction!

Hillerman’s true story concerns an abandoned attempt at robbery followed by a slow-speed car chase are cut from the same cloth as Crane’s crew. The news about the incident appeared in local newspaper during the time Crane lived in Taos. If she were around today (she died in 1981), I would ask her if the story of a man wearing a dress, high heels, and fishnet stockings over unshaven legs, holding a gun beneath his purse, and politely standing in a teller’s line to do the robbery, gave her any reason to reconsider her move to Taos.

In addition to the cigarettes and cocktails, relaxed pacing, and exceptionally modest behavior between the would-be lovers, the novel has some dated descriptions referring to gender and ethnicity that are now rightly deemed inappropriate. For example, the book consistently calls Hispanic residents “Mexicans.” The appellation ignores both the reality that the characters are based on people whose families have been in Taos for generations and also the links some of these families have to New Mexico’s Spanish settlers and explorers, and to ancient Taos Pueblo. And, I bristled to read Detective Patrick Abbott call the competent, educated twenty-four-year-old Jean Holly a “child.” Perhaps Crane’s first readers didn’t find this jarring; like the friendly, fictional Turquoise Shop itself, the novel reflects its time.

As a writer who also works with a fictional married couple as crime solvers, I found the clever way in which Crane leads us to the possibility of romance and collaboration between Jean and Patrick Abbot very endearing. I liked Jean from the first, and Patrick, too, although he is mostly revealed through Jean’s love-struck eyes. Crane wisely leaves much of their background for subsequent books in the series. Like the best authors, she teases her readers, making us wait to see if the two will collaborate on another crime-solving mission, and to discover if and how their relationship could unfold.

In The Turquoise Shop the two share nothing more than drinks, ideas and pleasant conversation about murder. They don’t marry until book three in the series.

I understand from my own experience as an author that there are advantages and pitfalls to a couple solving crime together. My detectives, Jim Chee and Bernadette Manuelito, married each other in Tony Hillerman’s final novel but began their romance long before I took over the series. That spared me the job of writing about Bernie as an awkward, love-struck rookie cop or about Chee’s earlier failed romances. Using a married detective couple eliminates the need to at least hint at romance as part of each novel. Instead, the challenge is to deepen or stress the relationship as an on-going subplot, while the paired detectives unravel the central mystery and decode the other challenges that round out the novel. It’s a matter of going deep instead of going wide, and Frances Crane proves herself to be an expert at this.

Finally, we all know that enough new mysteries arrive each year to keep us going twenty-four/seven, barely squeezing out the time to read them. What’s the point, one might ask, of bringing back this old classic? The reason is a return to reading for pleasure, relaxed enjoyment and pure, stress-free entertainment. The Turquoise Shop provides a time travel experience back to a simpler and fascinating world.  As both a reader and a writer, I am grateful to the American Mystery Classics series for giving The Turquoise Shop another chance to shine.

How a Conspiracy Theory Goes Viral 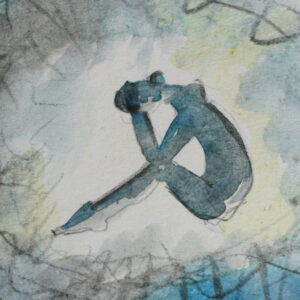 At some point, I quit true crime. I quit because I’d lived too close to one. In 2003, my father murdered his girlfriend,...
© LitHub
Back to top