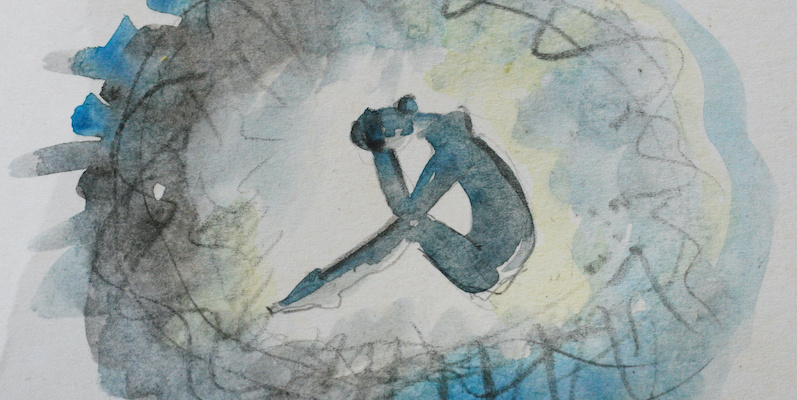 "When our world news is often so dark, why on earth do we seek out more?"

At some point, I quit true crime. I quit because I’d lived too close to one.

In 2003, my father murdered his girlfriend, her teenage daughter, and committed suicide. I was twenty-seven years old. As his oldest surviving heir, I inherited his crime scene of a house. And the cars that littered the lawn. The Petri dish of a swimming pool. The stink of decomp. Blowflies. Nightmares.

For seventeen years after my father’s crimes and death, I worked on a book about it—my memoir, No One Crosses the Wolf. Psychologist Carl Jung suggests we occasionally cross “the swampland of the soul”—we should consider our darknesses from time to time. A life examined, and all that. But Jung doesn’t advocate for setting up camp in the swampland for nearly two decades.

While revising that book again and again, I turned to sunnier options. I’ve had enough real-life horror, I thought. Sitcoms. That’s the ticket.

At the start of the pandemic, as our world news terrified us daily, I escaped by using streaming services as my passport. I traveled abroad via Broadchurch, Shetland, The Fall, The Chestnut Man, The Valhalla Murders, Capitani, Happy Valley, Marcella, Black Spot, Katla, The Forest. I can’t recall them all, the bleak shows I watched. Over time, they morphed together like Impressionist artwork—blended, gradient. Bizarre murders, cults, kidnappings, rapes, conspiracies. Bodies dismembered and disappeared and defiled, eccentric townsfolk and investigators each with their own secrets. I’m sure I didn’t hit Gladwell’s 10,000 hours, but woof: I came close.

Still, I reasoned, it’s fiction. I found comfort in following detectives and prosecutors who care. That’s it, really. Someone cared. In real life, we know this often isn’t the case. But fictional characters pursuing The Big Bad are so invested, they pay for it in their personal lives: failed marriages, mental breakdowns, angry children, demotion. They care at their own peril.

How slippery the slope from fiction to true crime is.

It’s not that I’d never consumed true crime. I waited alongside of millions of others for each episode of Serial to be released. In 2015, I stayed up far too late to finish Making a Murderer. Hell, back in the 90s, I watched HBO with horror as The West Memphis Three were wrongly convicted to a soundtrack of Metallica and Southern conservativism in Paradise Lost: The Child Murders of Robin Hood Hills. And I draw lines around what I allow purchase in my mind. If it centers the killer—say, The Bundy or Gacy Tapes—I’m out. I remain less interested in the sources of so-called evil and more in the real management of its fallout. How are the very real people touched by crime treated?

In the years that immediately followed of my father’s crimes, I assigned myself two unofficial jobs: (1) numb out, and (2) figure out what happened. “Self-care” wasn’t a word I yet possessed. As a bartender putting herself through graduate school, I had the first job on lock. Nothing normalizes alcoholism quicker than a bar shift. But the second job? Sigh. Heavy sigh.

I know what kind of man my father was: charming, funny, abusive, and terrifying. That is how I’d experienced him throughout my childhood and adolescence—how I still experience him in the nightmares my complex PTSD delivers. Mercifully, those seems to be fading, the nightmares less frequent. But when he shows up in my murky unconsciousness, it is never safe.

Earlier this year, I ended a relationship in which I found my head swimmy from gaslighting. As I worked on regaining my equilibrium, Bad Vegan dropped. Con-artists, swindling and the restaurant world? Yes, please. I devoured it within a day of its release, and I wanted more. More tales of con-men. If I could study how they operated, perhaps I’d be better at spotting them in real life. Enter stage left: The Tinder Swindler, The Puppet Master, Art and Craft, The Imposter, Made You Look, LuLaRich.

A slippery slope doesn’t slow down on its own. Entropy is funny like that.

You’d think that that after so many years spent working on the material about my father—and the very real, ongoing recovery from the traumas of my life—I’d want a steady diet of Pixar. And still: dead women, dead and missing children, con-men, cults—I can’t turn away. Based on what appears in Netflix’s “Top 10” and “Trending Now” sections, neither can the rest of us.

I can’t stop asking why?

When our world news is often so dark, why on earth do we seek out more?

Some theories are easy, and I won’t spend too much time on them: the trainwreck phenomenon—the lot of us rubbernecking for a glimpse of something extreme; voyeurism, a cheap ticket to a thrill-ride we don’t have every-day access to; the allure of our own dark sides, the ones we keep firmly hidden beneath a blanket of ethics and morals; finally, the “could I get away with it” curiosity. Would we make better criminals than the ones who are caught?

There’s also schadenfreude, the pleasure we get when bad things happen to others. Hopefully—and I am deeply hopeful about this—we don’t feel that when someone is murdered or assaulted. But when someone is conned or sucked into a cult? Doesn’t some small part of us think we’d be smart enough to avoid the same fate? Let us not be proud of that response but honest enough to admit it may be a factor.

In his essay “Why We Crave Horror Movies,” Stephen King writes that horror films, “re-establish our feelings of essential normality,” and what is “true crime” if not real-life horror? Human beings are at once conforming assimilationists and weird as can be, a dichotomy that builds psychological tension. In our teen years, when our brains are still cooking—the hormonal burner arguably on high—we hypervigilantly survey our cultural landscape to see if we’re “normal” (which, of course, doesn’t exist). Sure, there are norms, but normal? Hoist the freak flags now. We humans are a flock of strange birds.

The subjects of true crime fracture norms. They light them on fire and stab them and stuff them into the garage freezer. They travel to the basest impulses and build cabins. They live in the immoral taboo, sometimes with alarming glee, and we get to peak in their doors from the safety of our triple bolted ones. The world may be dangerous, but there is comfort in our streaming safety. We remain safe. We do not stand in the actual crime scene.

Spoiler: I do not know what happened the night when things went so wrong at my father’s house. I stood in the aftermath of it—just days after SWAT hauled the bodies away—and studied the spatter on the walls and rugs and mattresses. I re-enacted possibilities alone in my bedroom, trying to understand the Escher-esque architecture of events. I combed through police and autopsy reports, read and re-read tox screens. I have run every possible scenario, and I will never know because I wasn’t there. It is that simple, and I wish I’d realized it sooner.

And isn’t that what we all do when we consume true crime? Play-act as detective, prosecutor, and (maybe) even criminal at once? We develop theories and discuss them at the 21st-century watercooler: social media. And at times we act; from joining (or lurking) in web sleuthing groups to sharing photos of missing people to Tweeting at The Innocence Project, we are potentially able to effect more change than in the days of America’s Most Wanted and a landline. We are, by virtue of our technological advances, more active audiences.

Evil as entertainment remains deeply problematic, and it raises for me images of families attending public hangings. We look back at that as macabre spectacle, but I am not so sure that what we are doing now—streaming crime and chatting about it a little too enthusiastically—is all that different. In order to view the pain of others as entertainment, we must detach from our empathy to some degree. If we didn’t, it would be unbearable to watch.

As I type this, the #2 show on Netflix is the docuseries “I Just Killed My Dad.” It is the banner my viewing algorithms have determined I see the moment I fire up my smart TV or laptop. When it appeared three days ago, I decided not to watch it. Too close to the bone. Today, I’m not so sure. I’ve read nothing about it—it’s brand new—but I bet I have at least part of the narrative correct: the teen who killed his father was abused. If I owned a farm, I’d bet it on that.

In the end, maybe that’s the key: narrative. Story is how we make sense of our lives. When trauma is explored—every topic of true crime is traumatic—the narrative gets cloudy because the lived experience of traumatic events isn’t linear. It is a rock hurled against a windshield that splinters in all directions. But true crime as a form crystalizes a sprawling mess back into an understandable, consumable narrative.

When we confront the unthinkable on the screen, in a podcast, and on the page, it has been packaged with a beginning, middle, and end. It offers a sense of finality that our own traumas often lack. I think that’s it for me: finality. And justice. Vicarious? Sure. But for now, I’ll keep taking it, albeit in smallish doses. 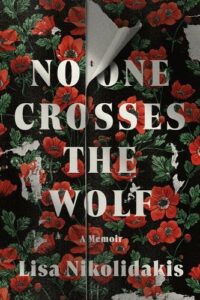 Lisa Nikolidakis's work has been selected for The Best American Essays 2016 (edited by Jonathan Franzen) and she has won numerous prizes and awards for both her fiction and nonfiction, including the Annie Dillard, the Orlando, and the Lamar York prizes. Born in Philadelphia and raised in New Jersey, Nikolidakis presently teaches creative writing, photographs animals, and writes. For more information, visit www.lisanikolidakis.com. No One Crosses the Wolf is her first book. 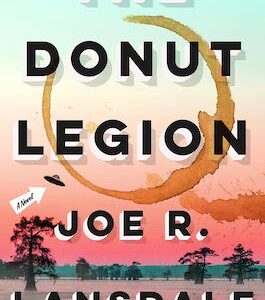 Eventually, my inner Charlie came up with something. As my dad used to say, “I’m going to do something, even if it’s...
© LitHub
Back to top