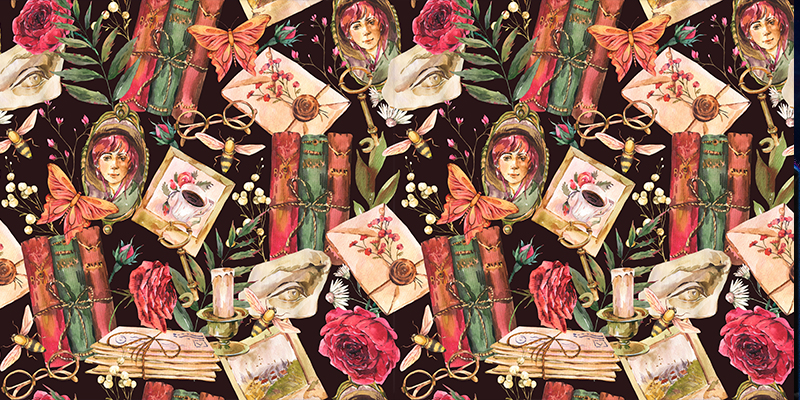 In my literature classes, I often asked students to investigate literary texts for their representation of contemporary social issues. What, for example, does Franz Kafka’s The Trial say about the absurdity of life and the legal system in the early twentieth century? Or, how does a natural disaster reveal a crisis of the social order in Heinrich von Kleist’s 1807 “The Earthquake in Chile”? This probing of human truths is an exercise often applied to literary fiction, but less so to genre. And yet, crime, like other examples of literature, holds a magnifying glass to the vices and virtues of the human condition.

The first time I spoke with my editor, he asked me, why, as a literature professor, I had decided to write genre fiction. Thrillers and mysteries are often seen as lesser cousins to the more high-brow literary fiction, and my foray into crime might be interpreted as taking a step down on the proverbial book ladder. But for me, crime, like other examples of literature, allows for the investigation of contemporary social issues.

Mysteries and thrillers in particular ask readers to think about hard questions even as they are enjoying the intellectual exercise of solving a puzzle. In the last two years, we’ve seen Liz Moore’s police procedural Long Bright River (2020) bring to light the realities of the opioid crisis and Julie Clark’s domestic thriller The Last Flight (2020) illuminate the multifaceted nature of drug abuse and domestic violence. In 2021, S. A. Crosby’s crime novel Razorblade Tears pushed readers to examine the ugly sides of society—racism, homophobia, and transphobia—while taking them on a pulse-pounding, soul-searching ride through the Virginia backcountry. In crime fiction, like in life, the perpetrators might not always be delivered to justice, but their motives are at least revealed to the reader.

As a PhD student, I focused my dissertation on German women writers of the long nineteenth century. These women were not authors I studied as an undergraduate—very few had been deemed essential enough to include in the traditional German literary canon. And yet, in their time, they were widely read. Sophie von La Roche, considered the first German woman novelist, published 35 works in an era when women often hid their book learning and published anonymously or pseudonymously. The novels of Friederike Christiane Henriette Eugenie John, who wrote under the pen name E. Marlitt, were serialized and printed in multiple editions, translated, and distributed across western Europe, China, and North America. Her stories were reportedly so loved that readers named their children after her heroines and so lucrative that Marlitt bought a stately home with the profits.

Instead of indicating a lack of cultural importance, the absence of these women from the canon rather reflects a bias of past arbiters of literature, who believed that women’s writing could only be semi-autobiographical, concerned with domestic issues, and therefore not sophisticated or possessing scholarly merit. Additionally, for popular writers like Marlitt, critics held that their works could not possibly be subject to analysis due to the simple fact that they were written for and consumed by the masses.

Marlitt’s fiction has been interpreted as escapism for both female readers in passionless marriages and a country still dealing with the political ramifications of the 1848 Revolution and the Franco-Prussian War. And yet, the need to escape, the domestic themes that offer comfort in the face of industrial expansion, and the focus on questions such as marrying for love, female education, caregiving, and the division of labor, offer valuable glimpses into German society in the late nineteenth century. While providing readers with entertainment, Marlitt’s novels also examine universal themes and the contemporary concerns of her readers, such as religious fanaticism, class divide, xenophobia, and questions of borders and immigration.

The common wisdom is to write what you know. And the hallowed halls of learning provide fertile ground for fiction.

Before turning to crime, I’d dabbled in fiction writing for years. My earliest attempt was in second grade, when during our morning “free write” sessions, I stretched out on a colorful classroom rug and penned the secret-door- and unicorn-laden world of “The Specialist Key”—a title that pointed not to a small piece of metal belonging to a person with a specific skillset but rather my prepubescent failure to understand superlatives (certainly, it should have been called “The Most Special Key”). My first foray into writing novels was during my master’s program when I attempted to turn my growing research on the literary representations of Thusnelda, the wife of a first-century Germanic warrior, into a work of historical fiction. It was broad in scope and underwhelming in plot and character. Over the years, I wrote another six novels that reflected the weighty tomes I was reading: slow-moving fiction that focused on complex familial relations in an attempt to make grand statements about the human condition. In other words, I was already writing literary fiction. I just wasn’t very good at it.

My failure may reflect my divided focus. At the time, I was turning my dissertation into a scholarly book, creating new courses, and moving between states for various visiting professor positions. But perhaps, I also needed the rules of genre. To a certain extent, the anything-goes nature of literary fiction made it feel lawless; and like the structured norms of academic publications, I desired the boundaries and rules of plot.

The Resemblance is my seventh novel, but it is the first to be published, and also the first that I approached with the same level of seriousness that I gave my scholarly projects. Like many professors, I was accustomed to using the summer breaks for research—etching out a nine-to-five schedule of drafting, writing, and editing in the class-free months from June to August. In 2019, I took this discipline and applied it to my creative writing. In the mornings, I drafted and wrote, in the afternoons, I read and edited. Within two months, I had the first 60,000 words of my novel.

The transition from literary analysis to literary creation was both freeing and daunting. On one hand, I no longer had to sort through the archives of over two-hundred-years of literary scholarship; on the other, there was the strange realization that my words and characters may also become the subject of analysis. That I, as a teacher and scholar myself, had promoted wide and varied textual interpretations. And that, as Roland Barthes elucidated in the sixties, once a work reached a reader, the author’s intent no longer mattered.

This fact was particularly alarming, because with the freedom to make things up—and especially in the often sadistic and salacious world of crime—comes the risk that people assume you harbor an evil imagination.

My novel takes place at a university, where in the course of investigating a hit-and-run fatality, the detective confronts the rampant privilege, toxic masculinity, and culture of abuse concealed by a prominent fraternity on campus.

In writing about these sad and shocking incidents, I borrowed a guiding principle from Margaret Atwood, who said that her rule for crafting The Handmaid’s Tale was that “nothing went into it that had not happened in real life somewhere at some time.” For me, that meant all fraternity-related episodes must be inspired by real-life occurrences: articles written by former fraternity members, things I myself witnessed, or reports heard first-hand.

There was no shortage of horrific examples to pull from: every new school year ushers in an astonishing number of fatal and near-fatal injuries suffered at fraternity houses across the United States. There are exploding bottle rockets and near-fatal wine enemas and students reporting experiences swimming in fecal matter and semen. Three studies have shown that women in sororities are 74% more likely to be raped than their non-Greek peers and men in fraternities are 300% more likely to commit rape. In the fall of 2019, when I was finishing the first draft of the novel, five men at five different universities died at fraternity-related events.

My personal experiences with Greek life are fraught with contradiction: as a professor, I saw the way fraternal organizations fostered a community for students increasingly isolated and alienated on college campuses. And yet, I also witnessed grades slipping, cheating, students who could barely keep their eyes open in class while they boasted of parties and hangovers from the night before. As a student myself, I attended such parties, went on vacations with fraternity brothers, and lived next to a fraternity house while working on my Ph.D. I was intrigued by the power dynamics I saw play out among individuals who’d go on to become lawyers and corporate executives. One memory that stays with me is of four brothers submerged in murky Georgia lake water beating each other with yellow fishing rod holders. They’d later have red contusions and purple bruises, but not one said they should stop.

This kind of groupthink isn’t limited to the American college system. It points to the problematic nature of hierarchal power dynamics throughout society, from venomous primary school cliques and playground bullying to the competitive nature of corporate graduate schemes, grueling military “hell weeks,” and the extensive sexual harassment the #MeToo era has brought to light in every workplace from banking and law offices to the film and music industries.

The common wisdom is to write what you know. And the hallowed halls of learning provide fertile ground for fiction. In the dark academia novels that have become increasingly popular since Donna Tartt penned The Secret History thirty years ago, the university campus serves as a social microcosm, one which highlights humankind’s dual capacity for intellectual achievement, supportive friendships, and tremendous kindness on one hand, and base competitiveness, petty jealousies, and awe-inspiring cruelty, on the other. This summer’s explosive critique of patriarchy and power, The Last Housewife, is written by the former-academic-turned-novelist Ashley Winstead; William Golding wrote his scathing indictment of groupthink in Lord of the Flies while a teacher at a boys’ grammar school in Saulsbury; Stephen King wrote his story of a bullied student’s revenge while teaching English at a public high school in Maine. And although there’s no way to know just how much their interactions with students influenced their textual reflections on the human condition, Aldous Huxley, Alice Walker, Elizabeth Acevedo, George Orwell, J. K. Rowling, Rick Riordan, and Robert Frost are all former teachers.

So maybe it shouldn’t come as a surprise that I turned from literature professor to author of crime fiction. After all, I named my protagonist Marlitt Kaplan after that once well-known writer of pulp: E. Marlitt. 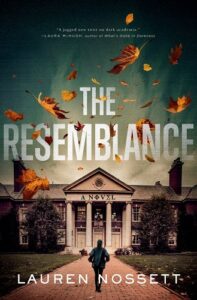 Lauren Nossett is a professor of German language and literature. Her scholarly work has appeared in journals and edited volumes. She attended the Tin House Summer Writers' Workshop in 2015 and 2017. The Resemblance is her first novel. She currently lives in Atlanta, Georgia. 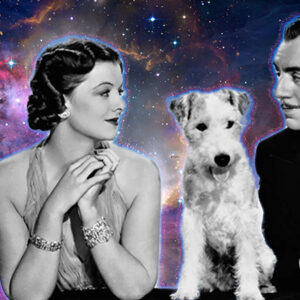 One of my favorite things, as an author, is to play with structure. My home genre is science fiction because it allows me to tip the natural...
© LitHub
Back to top