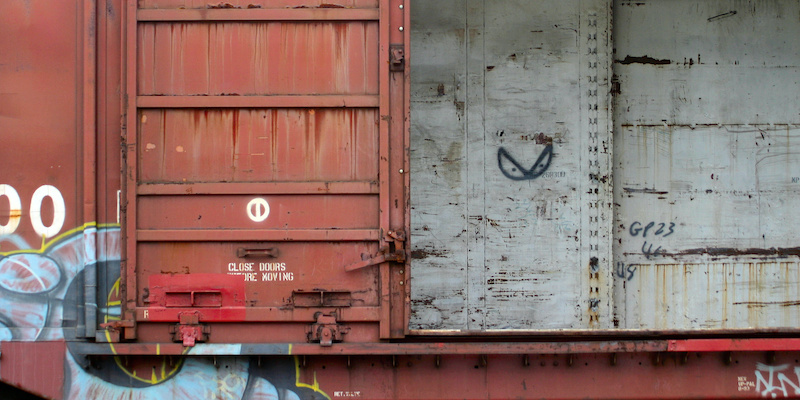 "The moment the opportunity presented itself, I grabbed my guitar case and ran..."

What happens when a person calls into question the very thing closest to their heart—self?

I’d recently overheard a conversation at Rose Elementary School in Escondido, California, where one of the older kids—he must have been a sixth-grader—thumped himself on the chest and proclaimed, “I can hardly wait until I’m twenty-one.”

Sitting on the fire hydrant by our driveway hours later, I looked up at an outrageously blue sky and wondered what it would be like to be all of twenty-one—ancient. At seven, it seemed too vast, too long, too big of a chasm for that much time to span. It’d be like waiting for Christmas. Waiting for one was hard enough. Waiting for fourteen? Impossible.

As a novelist, the slower-than-a-herd-of-turtles-in-a-jar-of-peanut-butter passage of time is a feeling I can extract and work into a storyline.

But time passed. In 1972 I turned fifteen. One day while listening to a local radio station, mom called in and won the use of a Corvair for a week. No, you didn’t read Corvette. Later to be called “GM’s Deadliest Sin,” we blindly enjoyed cruising around town in our week’s-worth-of-Corvair. With the cost of gas at only twenty-five cents a gallon, we logged a lot of cool!

As a freshman in high school, I tried out for the junior varsity cheerleading squad and made it. That’s when I met and fell head-over-heels in love with six foot five inches tall, strikingly handsome, number forty-four on the varsity basketball team. Did I mention strikingly handsome?

As a novelist, I can dip into the well of the emotion associated with this first-love type of crush and imbue it into characters when needed.

During my growing up years, I was told that fabricating the truth—telling lies—is wrong. And while I genuinely believed that, it didn’t stop me from telling selective lies if the occasion seemed appropriate. On numerous occasions, my parents assured my sister and me that “If you tell us the truth, you may still get in trouble, but it’ll be a lot less trouble than if you try to deceive us.” Now that was a lie!

After telling my mother that I’d had sex, I was snatched up faster than corn in a chicken yard and whisked off to a gynecologist to determine if I was pregnant (I was not) and to be put on birth control. Obviously, a “slut with no morals” shouldn’t be allowed to reproduce. Except for school, I was confined to my room—not the house—my bedroom. I’d never minded being in my room on my terms. However, when used as a jail cell—push came to shove.

As a novelist, the shame, humiliation, and loss of trust from this situation are feelings I draw on as a writer and incorporate into my character’s lives.

The moment the opportunity presented itself, I grabbed my guitar case and ran—far and fast—but not before clearing out my savings account, all three hundred dollars of it. I thumbed my way north, following the crop pickers. I didn’t want to dip into my well-hidden stash of money if I didn’t have to. I was paid in cash daily and kept moving north.

As a novelist, the feeling of exhilaration, the adrenaline rush of this journey, is something I draw on and breathe into the characters in my novels.

My dad, who’d run away from home himself, told us he’d go to the local hospital at night and sit in the waiting room on a surgical floor as if he was waiting for a family member. “There have clean bathrooms where you can wash up and the food in the cafeteria is reasonably priced.” That nugget of wisdom served me well. I learned on my own that libraries are a perfect daytime haven where no one will try to bother you.

And bother me, people tried. Dad had also said that he hitched rides on eighteen-wheel rigs. “The drivers are on a deadline and don’t have time to hurt anyone.” Well, that may have been valid for male hitchhikers, but I learned the hard way that wasn’t true for female hitchhikers. At least not me. An attempted rape and broken nose later, I never hitchhiked again—not on eighteen-wheel rigs or regular vehicles either. Instead, I stayed off the main highways and walked.

As a novelist, heart-pounding fear, fighting to get away, and physical pain—are real-life experiences that lend authenticity to my writing.

One night I was too bone-weary from walking all day to take another step. I couldn’t make it to the hospital to sleep in the safety of a waiting room. So instead, I curled up under a picnic bench in a park and slept. I woke up to two police officers shining flashlights in my face. Because I wouldn’t tell them who I was or where I lived, they cited me for “panhandling,” which wasn’t true, but allowed me to spend the night in the safety of a jail cell—their intention. They let me go the following morning.

As a novelist, the embarrassment of going to jail and the gratitude that the law enforcement officers locked me up to keep me safe, are emotions I draw on to help craft my books.

When my cash ran low, I busked—played my guitar and sang on street corners—for monetary donations. Now and then, I’d use some of that money to stay in a hotel room for the night. To this day, I don’t take warm showers, hot meals, or a comfortable bed for granted.

One thousand and eighty-six miles later, I arrived at the Columbia River, the vast expanse of beautiful water that divides Oregon and Washington. I walked across the bridge, headed east, and made my way toward an awful smell—Crown Zellerbach’s large paper mill. The nasty aroma was a byproduct of the pulping processing. I was hoping to get hired there, but it didn’t happen. But after lying about my age and circumstances, I was hired by Hambleton Bros Saw Mill & Log Yard in Washougal, a small town east of Camas.

I worked as a “pooner”—so named for the harpoon-like pole with a barbed end used to steer logs onto a waterwheel-looking device with “arms.” Once a log is loaded, it’s lifted by a pair of arms onto a conveyor belt and sent through a hydraulic debarker, where it’s scaled like a fish. From there, it continues to the head sawyer where it’s cut into lumber, then proceeds to secondary saws where it’s edged, trimmed, planed, bundled, tagged, and loaded for shipping.

There were two women who worked in the office; I was the only female out in the yard. Chest-height waders were part of the job. Meant to keep a person from getting wet, when filled with water—by slipping off a mossy deck into the log pond—they become an anchor. As my head went under the murky lagoon for the umpteenth time—a waterlogged squeal in-between bobs—Paul Bunyan-sized hands grabbed my suspenders and yanked me out. They belonged to the biggest man I’ve ever met—they called him Tiny.

As an author, I’m glad I have a life-flashed-before-my-eyes experience in my writer’s toolbox to work with.

It never occurred to me that I wouldn’t be able to test for my GED—General Education Diploma—until two years after my graduating class. Incredulous, I asked, “I have to wait until June 1977?” The firm, but polite career counselor at Clark College, the local junior college in Vancouver, explained, “Every high school student would jump ship early if that particular stop-gap measure weren’t in place.”

For four long years, I waited and prepared to take the GED examination. Finally, on a hot day in late June with the cut-grass tang of summer in the air, I slipped into a front-row seat at the testing center, one of about twenty other people enveloped in the sterile classroom setting. The examiner explained that talking was expressly prohibited. Other than freshly sharpened number two pencils and the test, nothing else was on our desktops.

Hours later, head held high with a face-splitting grin, I left the facility with every confidence that I’d aced the test. After the grueling day, I practically floated home to my studio apartment. Six weeks later, I received my GED certificate in the mail.

As an author, I can draw on this tremendous feeling of accomplishment and weave it into my storylines.

Looking back, I experienced more life in that window of time than some people do in their entire existence. I learned that life is complicated. We find ourselves in situations we never thought we’d be in. And we discover that people are unpredictable. They can disappoint us even when they love us, but they can also surprise us in extraordinary ways.

Hard-wired for buoyancy, I made a great life! After a while, I married an incredible man, and we have a wonderful son. Tenacious, when I set my mind on something, I go after it with tremendous resolve. It took a while, but eventually, I went from GED to Ph.D. Ah, but that’s another story… 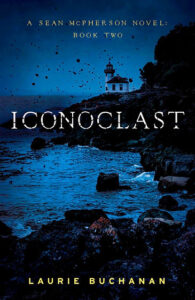 Laurie Buchanan writes the Sean McPherson Novels—fast-paced thrillers set in the Pacific Northwest that feature a trifecta of malice and the pursuit and cost of justice. A cross between Dr. Dolittle, Nanny McPhee, and a type-A Buddhist, Buchanan is an active listener, observer of details, payer of attention, reader and writer of books, kindness enthusiast, and red licorice aficionado. Her books have won multiple awards, including the Foreword INDIES Book of the Year Gold Winner, the International Book Award Gold Winner, the National Indie Excellence Awards Winner, and the Crime Fiction/Suspense Eric Hoffer Awards Finalist. Laurie and her husband live in the Pacific Northwest, where she enjoys long walks, bicycling, camping, and photography—because sometimes the best word choice is a picture. To learn more, please visit Laurie's website at www.lauriebuchanan.com. 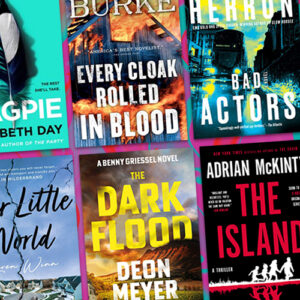