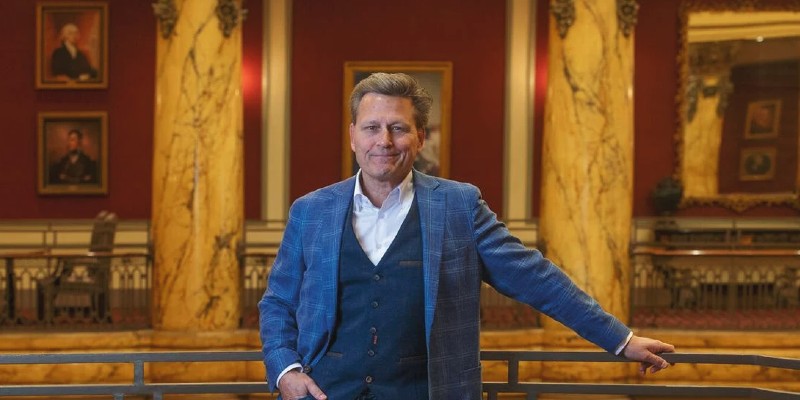 After David Baldacci got the phone call that would change his life, he had to walk back into a roomful of insurance lawyers.

David Baldacci was an overnight success.

It just took him 15 years to get there.

His first novel, Absolute Power, took three years to write, two weeks to find an agent and two days to sell. But it was what Baldacci did in the run-up to his instant fame and fortune, which made the difference.

The New York Times bestselling author first wrote short stories, failed at writing screenplays and then thought he was through as a writer before he had ever tried writing a novel.

Baldacci always had a fascination with storytelling. “I loved mysteries,” he says. He always wanted to tell so many stories, and never really stopped talking, so his exasperated mother, Joyce, gave him a notebook when he was young and told him to write them all down.

Then he started to act them out, as if he were performing a play or making a movie. “I would choreograph the events with my friends. I liked to use my imagination.”

He wrote short stories as an elementary school student and continued all the way through law school. He even tried to get some published but failed. “Sometimes I got some criticism back from editors. The best thing that happened to me was I began getting discipline in my writing.”

While at Virginia Commonwealth University and University of Virginia Law School, he didn’t attempt anything more ambitious. College was his priority. “I didn’t want to set myself up for failure.”

After graduation from law school, he landed a position with a law firm in Washington, D.C. and began again writing short stories in his free time. “I didn’t all of a sudden say I was going to do a novel.”

He found writing legal briefs and closing arguments helped him to learn how to make a persuasive argument by using the same facts those arguing against him used.

Hmm. Sounds like a budding crime novelist in the making.

A friend who had studied screenwriting in Los Angeles returned to Virginia and showed Baldacci a screenplay. Baldacci thought he’d give it a try and wrote screenplays for nearly four years. Upon completion of one script, he found a Hollywood agent who circulated it and his screenplay began to create some buzz.

He was still practicing law full-time and had just returned to his hotel during a business trip in Islip, New York, when his agent called. Warner Brothers had taken a pass. Then the herd mentality set in. “After that it meant no one was interested.”

Baldacci stood dejected looking out his hotel room window and wondered. Could he ever make it as a writer?

“At that point I could have said screw it.”

But he didn’t. (Years later, he would pen the screenplay for “Wish You Well,” a movie based on his novel of the same name.)

Baldacci returned home to his family in Virginia and started to consider something else. It was time he tried his hand at writing a novel.

He had always been interested in Camelot—the John F. Kennedy version—which after Kennedy’s assassination had been tainted by years of sordid stories of infidelity. Baldacci had an idea. What if he based his novel on an episode of infidelity involving the president of the United States?

“What if the good guys became the bad guys and the bad guy was good?” he asked himself.

He spent his free time during the next three years writing Absolute Power, a tale of a burglar witnessing the President of the United States involved in the murder of his mistress and the subsequent coverup.

“I went down to my cubby in the basement around 11 o’clock after work every night, excited because I could get this done.”

When he finally emerged, he wrote seven agents to rep him. To grab their attention, he dared them, challenging each that if they read his first chapter, they would read it all the way to the end. Six of seven bit.

“Half read it to prove me wrong,” he says. “But I had to be confident in my work.”

His logic? If he wasn’t confident, who would be? “If you do things by half measure, that’s the result you’re going to get.”

“The biggest thing I had going for me is I read all the thrillers out there. I knew what I had written was at that level.”

In fact, Baldacci has never taken a creative writing class and never purchased a book on writing. Instead, he took a lot of English, history, and political science classes at Virginia Commonwealth University.

“Don’t buy a lot of books on how to write,” he says. “Go to the library and read the masters for free.”

One of the most important aspects of writing he learned as a lawyer was simple communications are the most effective. “When you’re addressing a jury, you can lose the jury. You need to give the jury one fact you can hang your hat on…Pick one thing and give it everything you’ve got.”

He also does his final edits with pen on paper. “I think better in cursive.”

So, after getting six positive responses from agents, he traveled to New York and made the rounds and chose Aaron Priest. “He was the only one who said, ‘yeah, I can sell this book…But I don’t represent clients, I represent careers. So I hope you have other books you want to write.’”

Years later, Baldacci ran into the one agent who never responded to his query. He’s a prominent name in the industry whom Baldacci insists shall remain unnamed.

“You’re the biggest mistake I ever made in my whole life,” the agent told him.

“You didn’t connect with the material,” Baldacci said. “That speaks well of you.”

“Thanks,” the agent said, “for trying to make me feel better.”

After Baldacci finished polishing his manuscript for Absolute Power, Priest began shopping it around, which took all of two days. On Nov. 8, 1994, Priest called Baldacci at his law office.

“He said the book sold overnight for an extraordinary amount of money,” Baldacci said. “First thing I thought was my agent was a psychopath.” His doubts were unfounded. A few minutes later, a Time Warner Publishing executive called and confirmed it was true.

Baldacci immediately called his wife, Michelle. “She was home, making some edits on something I had been working on. I told her, it’s really good news, the book sold.”

He told her how much it sold for, and it had tied a record for the most money paid for a first novel. She went upstairs and threw up.

“She threw up and I wanted to do the Electric Slide.”

Baldacci still had a day job as an attorney. So, after he hung up from calling his wife, he attended a luncheon with 30 other lawyers and talked about insurance.  “Talk about a sedative—talking insurance.” (Insert Baldacci eyeroll here.)

Later, he called some buddies and said he had news and wanted to meet. “Half thought I was getting a divorce. The other half thought we were having a baby…We were having another baby, but I’m the one delivering.”

Less than a month later, more good news arrived. The movie and foreign book rights were sold for even more money.

After publication, he was launched on a national and international book publicity tour, which included “The Today Show” and much more. On a popular late night show in London, he met Jerry Lewis in the Green Room. Lewis didn’t know who he was. “But it was cool to talk with him.”

Baldacci remembers being asked on a morning television program about details about his record-breaking deals with his publisher and movie studio. “I said, ‘Can I just interrupt. My lawyers are handling that.’ Everybody back at the law firm was cheering.”

With all his success, Baldacci still felt insecure about his writing career and continued to practice law. “I didn’t know if the book was going to be successful.”

He practiced law for another year while his book leaped onto the bestseller lists and hung around. “If I’m going to make this with my sanity intact, I need to compartmentalize,” he told himself. “This is the first time I had this type of success. I had to tell myself to take a moment to enjoy it.”

He and his wife talked of him writing full-time. “I tried to work on cases.” But he found it difficult to do law by day and write at home in his off time. His decision was made easier knowing if writing didn’t work out, he could always fall back on a legal career to pay the bills. Finally, he decided he couldn’t do both, so he went to one of the senior partners at the firm and explained he was resigning.

“The fact you stayed for a year speaks well of you,” the partner said.

By this time, he knew. “Clearly the dollars were there. Even more than that, I felt this was my shot. I can take it or not take it.”

And we all know which fork in that road he took. And though it may have looked like he stood only momentarily at the crossroads, his was a decision made many years before when his mother handed him a spiral notebook. 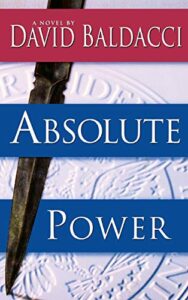 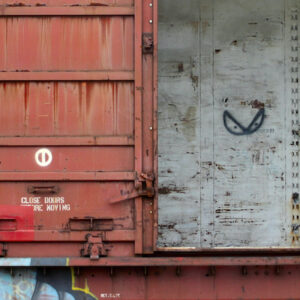 What happens when a person calls into question the very thing closest to their heart—self? I’d recently overheard...
© LitHub
Back to top