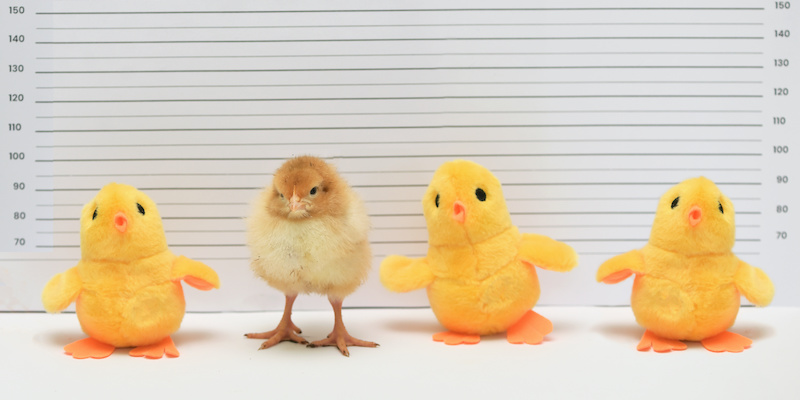 "Animals play an extraordinarily wide variety of roles in crime stories. They may be victims, witnesses, even detectives."

From the first detective story, Edgar Allan Poe’s locked room puzzle “The Murders in the Rue Morgue” onwards, animals, birds, and insects have played a memorable part in countless mysteries, and in a wide variety of ways. Count Fosco, the brilliantly characterised villain in Wilkie Collins’s The Woman in White was surrounded by “a cockatoo, two canary-birds and a whole family of white mice,” while the hound of the Baskervilles famously terrorised Dartmoor in Arthur Conan Doyle’s superb Sherlock Holmes novel. Since then, many crime writers have written about members of the animal kingdom. This anthology celebrates an often-overlooked species of classic crime fiction.

Doyle was a man who loved sport and the outdoors, and his interest in animals is reflected in a few of his finest pieces of fiction, although it must be said that the guilty creature in “The Speckled Band,” one of the finest entries in the Holmes case-book, does not actually exist.

Apart from The Hound of the Baskervilles, there is “Silver Blaze,” one of the most popular short stories to feature animals. Holmes investigates the disappearance of a prize-winning racehorse, which is favourite for the Wessex Cup, and the death of its trainer owner. His inquiries give rise to a celebrated exchange with the competent but unimaginative Devonshire police officer Inspector Gregory:

Gregory: Is there any other point to which you would wish to draw my attention?

Holmes: To the curious incident of the dog in the night-time.

Gregory: The dog did nothing in the night-time.

Holmes: That was the curious incident.

The patterns of animal behaviour are central to the story, which was first published in 1892. Four years later, Doyle took up riding during a trip to Egypt. He soon received a reminder of the unpredictability of animals: on one occasion a frisky black stallion sent him flying and kicked him on the head with such force that he was lucky not to lose an eye.

By that time, the literary career of Nat Gould was already under way. His first book, The Double Life: a Tale of the Melbourne Cup, appeared in 1891, and he proceeded to turn out more than a hundred thrillers, generally with a horse racing theme. The Morning Post described him, with a touch of hyperbole, as: “the most widely read of all modern story-tellers, and a genius in his down-right way.” His successes were later eclipsed by those of the high-profile former jockey Dick Francis, whose crime writing career began in 1962 with Dead Cert. No fewer than three of his thrillers, which invariably drew on his knowledge of horse racing, won Edgar awards from the Mystery Writers of America.

Animals play an extraordinarily wide variety of roles in crime stories. They may be victims, witnesses, even detectives. Authors who are passionate animal lovers are especially inclined to make use of them in their fiction. A prime example is Agatha Christie. She said in An Autobiography: “On my fifth birthday, I was given a dog. It was the most shattering thing that ever happened to me; such unbelievable joy that I was unable to say a word.” The new pet was a Yorkshire terrier puppy, and Christie’s devotion to dogs became lifelong.

Christie wrote a short story, “The Incident of the Dog’s Ball,” in or around 1933, although it was not published for more than three-quarters of a century, when John Curran included it in Agatha Christie’s Secret Notebooks: Mysteries in the Making. The reason for its non-appearance seems to be that Christie decided to rework the central idea into a full-length Hercule Poirot novel, Dumb Witness, aka Poirot Loses a Client, which first appeared in 1937. Christie dedicated the book to her wire-haired terrier, Peter, who is fictionalised in the story as Bob, and whose picture took pride of place on the dust jacket of the first edition. She also has Poirot say approvingly: “The dog, he argues from reason. He is intelligent, he makes his deductions according to his point of view. There are people who may enter a house and there are people who may not—that a dog soon learns.”

Stella Tower’s Dumb Vengeance, published four years before Christie’s book appeared, is a rare mystery by a talented but little-known writer (she also published under the name Faith Wolseley), but is even more striking. The story is told in the first person; the narrator is Miss Jenkins, who lives at Houghton, the home of well-to-do John Vine and his wife, Gloria. Vine is an amiable fellow, and Miss Jenkins is devoted to him. But the first twist in this interesting story comes when we discover that Miss Jenkins is a dog…

It is more than likely that Dumb Vengeance was the first crime novel to be narrated by an animal—I haven’t yet found an earlier example—but it was not the last. Felidae, published in 1999 by the Turkish-German writer Akif Pirinçci, is an especially striking piece of work. Narrated by Francis, a cat, the book was subsequently filmed, and launched a series which has so far run to eight books.

Felidae is a dark story, in marked contrast to many of the so-called “cosy crime” mysteries which focus on animals and which have enjoyed considerable success right up to the present day. The American Clea Simon has become a prolific author of light-hearted pet mysteries such as Probable Claws, Cries and Whiskers, Parrots Prove Deadly, and When Bunnies Go Bad. Cats are especially popular protagonists in detective stories, and the long-running series by Lillian Jackson Braun which began in 1966 with The Cat Who Could Read Backwards (the cat in question is a Siamese called Koko) yielded many bestsellers.

Writers often find their imagination liberated by a storyline about an animal, bird, or insect. The British philosopher and mystic Gerald Heard made an unexpected splash with A Taste for Honey, a curiosity of a crime novel published in 1941 under the name H. F. Heard. The story featured an enigmatic beekeeper who calls himself Mr. Mycroft; it was filmed (not very successfully) in 1966 as The Deadly Bees, with a script co-written by Robert Bloch, and gave rise to a movie subgenre jokily dubbed as “beesploitation” and featuring legendary flops such as The Swarm.

A much more effective thriller film was Alfred Hitchcock’s The Birds, based on a short story by Daphne du Maurier, and with a screenplay written by Evan Hunter, who was perhaps better known as Ed McBain, the master of the American police procedural novel. Ann Cleeves won a CWA Gold Dagger for Raven Black, published in 2006, and ornithology features in many of her books, above all her first series of eight novels featuring George and Molly Palmer-Jones. Birds continue to feature in interesting crime novels, including Out of a Clear Sky, a story of psychological suspense by Sally Hinchcliffe, and a first novel which seems, surprisingly, to have had no successors.

Guilty Creatures gathers together a wide range of stories illustrating some of the endless possibilities of this branch of mystery fiction. I’m grateful to the staff of the publishing department at the British Library for their work on the book, to Nigel Moss, John Cooper, and Jamie Sturgeon for their constructive suggestions about stories which might fit the brief, and to Doug Greene for his help as regards the story by F. Tennyson Jesse.

And now it just remains for me to express the hope that readers, whether animal lovers or not, will find plenty of entertainment in these pages. It’s just possible you may never look at your much loved pet in quite the same way again… 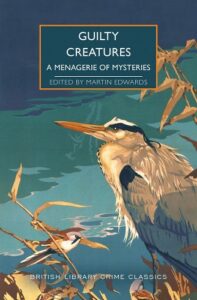 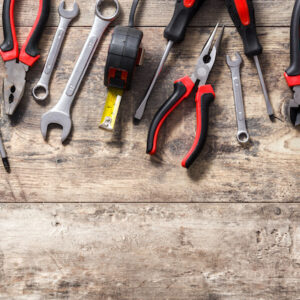 As a cozy author, I’m excited to share with readers my debut, Renovated to Death: A Domestic Partners in Crime Mystery....
© LitHub
Back to top