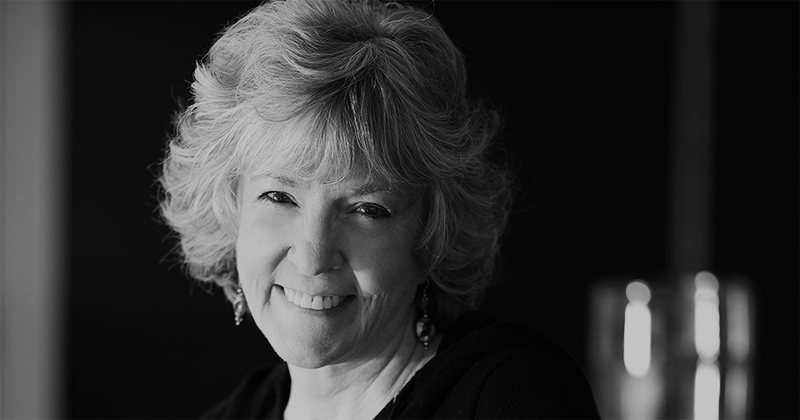 Kinsey Millhone is not your average gal. But then again, neither was Sue Grafton. Sue, who tragically passed away on December 28 at the age of 77, began her writing career in an unusual way—plotting the murder of her ex-husband. After determining death by oleander poisoning was the best way to knock him off, Grafton decided to forgo a stint in prison and instead fictionalized her revenge.

I started reading Grafton’s books when I was in the 7th grade when my grandmother gave me her old beat up paperback of A is for Alibi. I was instantly hooked. Not only to the fast-paced, intricate story-telling, but to Kinsey Millhone, a P.I. who is a little rough around the edges.

Kinsey Millhone wasn’t like the posh, rich, beautiful types in the Mary Higgins Clark mysteries I’d read. Kinsey was more of an everywoman. She lived in a renovated garage, and her best friend was Henry Pitts, her 88-yeard-old landlord who enjoyed baking and doing crossword puzzles. Kinsey woke up most mornings and went for a run with her beat up old Sauconys, ate peanut butter and pickle sandwiches for dinner while standing at the counter in her galley kitchen, and would, when she looked in the mirror and saw her mop had become an unruly mess, clean up her locks herself with the help of nail clippers.

How confident! How badass! At the time, I remember thinking how liberating it was to see a woman so sure of herself, and who never worried about what anyone thought of her. Kinsey did Kinsey, and I admired her for it. I also loved her standard uniform—jeans and a turtleneck most days (a look I’ll admit I’ve adopted), or, for special occasions, a magical wrinkle-free all-purpose dress that could be stuff in a duffle bag and come out looking great. I loved even more that Kinsey was hungry, a lot, and would take time for meals, heading down the street to her questionable local establishment run by Hungarian friend Rosie, who plied her with all kinds of strange concoctions. Kinsey would eat happily, all while washing it down with her standard glass of Chardonnay.

Kinsey felt real to me. She was the kind of tough, smart, independent lady I not only wanted to be friends with, but also wanted to grow up to become.

In college, I studied English and wanted to be a writer. I mentioned this to a professor once, who proceeded to tell me no one makes a living writing and that I ought to “get a day job.” Harsh, perhaps. True? Absolutely. I decided to write in my spare time and find a job where I could at least be around writers. I was in Boston, and spent my last semester as an unpaid intern in the publicity department of Da Capo press in Cambridge. After I graduated, I relentlessly scouted publishing jobs in New York. It was fall 2005 when I saw the opening for Assistant Publicist at Penguin’s G.P. Putnam’s Sons. I applied, got on the Chinatown Bus, and came in for an interview.

I remember sitting in my most professional looking outfit (for a 22-year old), telling the Director of Publicity—and my hopefully-soon-to-be-boss—how much I was the right person for the job. I think I had her fairly well convinced, but even I knew there were a ton of qualified people gunning for this highly coveted position and that I would be lucky if she chose me. When the direct questioning came to an end and we started chatting about what time my bus was heading back and how best to get to the Bowery from Hudson Street, I remember looking up at all the books she had on the shelves lining her walls. That’s what I saw it. S is for Silence. The book had just come out, and I (of course) had already bought and read it.

I can say now that after nearly 12 years in the industry, one of the first things I do is look at the spine of a book and check the publisher. Then, however, the thought never occurred to me.

“Oh my God, you publish Sue Grafton!?” I squealed. It was, undoubtedly, not my most professional moment. The Director said yes and went on to tell me about how Grafton’s book tour just ended.

“I’ve read every single book in that series,” I told her, before regaling her with my knowledge and love for all things Kinsey Millhone including—but not limited to—the fact that I tried eating a peanut butter and pickle sandwiches once, and, I gotta tell ya, it’s really not so bad.

I can’t say for certain Sue Grafton helped me get my first job in publishing, but I can’t say she didn’t help at least a little bit. I wasn’t gushing for the gig (trust me, I’m not that good an actor); it was a genuine love for literature, the power of a good story and good characters, and how on some level as a reader you feel like you own a little piece of it because it’s so close to your heart.

It would be two years later when I met Sue for the first time. T is for Trespass was published in 2007, and she came to New York for launch week to do media and events. I was tasked with staffing her one day, and I remember sitting with her in the back of a black town car as we sped to the FDR to make it uptown for a stock signing. Up until that point I had acted as professional as I could, not wanting to make her feel uncomfortable with my insane fandom. But after a while I couldn’t take it anymore. In the back seat, I worked up the courage to tell her how much I loved all of her books, how over the years Kinsey Millhone had become a friend, and how with every book I looked forward to returning to Kinsey’s life and the space she occupied the way one does when a favorite TV show returns for the next season.

Sue, as always, was gracious and lovely and warm and thanked me profusely.

I could have quit right then. Sue and her work not only enriched my reading life over the years—her books were also one of the reasons I wanted to become a writer.

A lot of people texted me when Sue died because they knew how much I loved her. That’s the things about good books—when you find them, you talk about them, to everyone and anyone who will listen. And I wasn’t alone. I know there are a lot of Kinsey-lovers out there, and Sue lovers too. She was a great writer and a gem of a person, and the literary world is a smaller place without her. At first, I was sad that she’d come so close—only one letter to go before wrapping it all up. So much work after all these years and to never make it to Z. But then I thought: in some ways, it’s fitting. Sue wrote A is for Alibi in 1982, the year before I was born, and over the span of 25 novels, Kinsey aged six years, from 33 to 38, never leaving the 1980’s. I’m 34 now, and having read every book in the series I never liked the idea of it ending, of Kinsey’s story being over.

I take comfort in that fact that Kinsey will forever be in a simpler time, one without cell phones and FitBits, Instagram and Seamless. In my mind, she’ll continue living and doing her thing—running her three miles every morning, eating her pickles and peanut butter, and leaving messages on answering machines all before heading down to her local for a glass at the bar, ready to solve whatever case might come next.

Victoria Comella worked in book publishing for over ten years, including time at Penguin Group's G.P. Putnam's Sons and Riverhead Books, and most recently as Director of Publicity at HarperCollins Publishers. She currently handles Media Relations for Emory University, and is a writer represented by The Book Group literary agency. 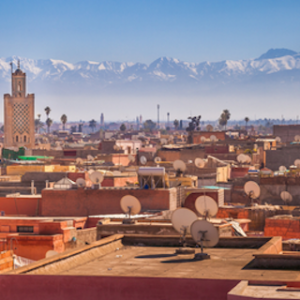 This installment of Crime and the City is going to include several cities—the four major cities of Morocco—Rabat (the...
© LitHub
Back to top