This installment of Crime and the City is going to include several cities—the four major cities of Morocco—Rabat (the capital), Casablanca, Tangier and Marrakesh. This is due to the fact that although Morocco has a burgeoning crime-writing scene, little has made it into translation. We’ll come to the ones that have been translated into English in a minute but first, I suspect most western readers encounter Morocco through Paul Bowles, who settled in Tangier (actually in the hopelessly romantic “Tangier International Zone” at the time) in 1947 and lived there for over half a century until his death. The Sheltering Sky (1949) certainly sees its American expats in Morocco face some dangers, but it’s not a crime book (though don’t let that stop you from reading it if you haven’t). Bowles actually did write a murder-mystery—the amusing Up Above the World (1966) where a woman forced to share a hotel room with a strange lady she assumes is fast asleep alarmingly wakes up next to a dead woman. It’s a good read, though sadly for the purposes of this column on Morocco, it was written in Tangier but is set in a nameless Latin American location! Bowles described it to his mother as, “a murder mystery about beatniks, decidedly light.” 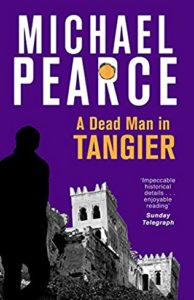 Quite a few authors have tried to catch Bowles’s atmospheric descriptions of Morocco and wrap various stories around them. Prolific historical novelist Linda Holeman’s The Saffron Gate (2009) is about an American woman venturing to Marrakesh in the 1930s to search for her lost lover. Michael Pearce’s A Dead Man in Tangier (2007) has a British policeman in North Africa investigating the death of a French businessman during the so-called “First Moroccan Crisis” when France, Germany and Britain almost came to blows over the future of the country which led to the establishment of formal French Protectorate status for Morocco.

If not from Bowles then perhaps western readers know Morocco best from the movies—a hundred legionnaire films (of which only von Sternberg’s 1930 Morocco with Gary Cooper and Marlene Dietrich remains memorable in my mind) and, of course, Rick (Humphrey Bogart) and his “of all the gin joints in all the towns in all the world” in Casablanca (1942). 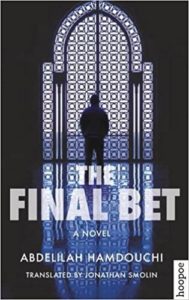 Abdelilah Hamdouchi is the Moroccan crime writer who has has been the only one to break out in the English language. This, it must be noted, is largely due to a couple of small presses who have translated and published his work in English—London’s Arabia Books and Hoopoe Books, an imprint of the American University in Cairo Press.

Hamdouchi is originally from Meknès, now lives in Rabat and sets most of his novels in Casablanca. Most are police procedurals (almost all Moroccan crime writing is procedurals as private eyes have, until recently, been illegal in the country) and invariably feature world-weary long-serving cops adjusting to the new democratic Morocco where beating up suspects and mild torture techniques are no longer acceptable—something they usually only grudgingly accept.

Most of the novels (which feature different detectives) touch on issues of democracy and human rights interwoven with good murder mysteries. In The Final Bet (2001) a young Casablanca man is married to a much older French expatriot woman. He’s not happy, and though he dislikes his wife and is having an affair he is still shocked to come home and find his wife brutally stabbed to death. Step forward Detective Alwaar—an old school Casablanca cop in a new world, smoking too much, having to deal with idiotic superiors and trying not to beat confessions out of suspects. The Final Bet is a great introduction to Moroccan policiers—at once very familiar to western crime fiction readers, but then very Moroccan too as family loyalties, filial debts and traditional prejudices all swirl around the case. Hamdouchi doesn’t shy away from the notoriously violent and aggressive past of the country’s police—when Alwaar’s less progressive colleague Inspector Boukrisha begins screaming and threatening violence to a suspect’s elderly mother it’s a turn to the dark for the entire novel and quite shocking to the reader. 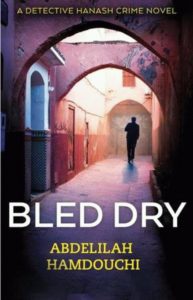 Hamdouchi’s work is gradually being translated. Bled Dry (2009) involves the murder of a prostitute and her client. This time Detective Hanash must investigate the worst slums of Casablanca encountering poverty, crime and religious extremism. The White Fly (2000) is set in Tangier and deals with the very current issue of people smuggling from the North African coast to Spain and Europe. More from Hamdouhci is expected to be published in the coming years. For now the writer remains busy with a TV thriller series for Moroccan television. 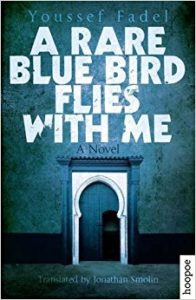 Another contemporary Moroccan writer to stray into crime writing is Youssef Fadel, a Casablanca-born author and playwright. Fadel’s work is more overtly politically engaged than Hamdouchi’s. Fadel was imprisoned in the infamous Moulay Cherif prison during the 1970s, the so-called “Years of Lead” when Morocco was ruled by King Hassan II and democracy activists were viciously persecuted. Fadel’s A Rare Blue Bird Flies With Me (2014) relives that era. It’s spring 1990, political reform is tentatively beginning, and Zina receives a note from her husband, Aziz, who disappeared the day after their wedding, 18 years ago, after participating in the failed 1972 coup against King Hassan II. Zina has spent the past 18 years searching for Aziz, imprisoned in inhuman conditions, in solitary confinement, deep inside a secret desert jail. A Rare Blue Bird Flies With Me moves between 1970s and 1990s Morocco with voices from several narrators. Though also a novel of social change and politics, A Rare Blue Bird Flies With Me reads like a taut and claustrophobic detective story. 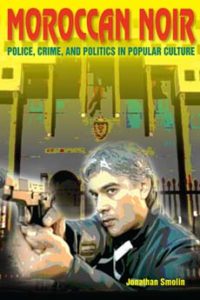 Moroccan crime writing has certainly gone through a major change. Jonathan Smolin (a translator of both Hamdouchi and Fadel), author of the study Moroccan Noir: Police, Crime and Politics in Popular Culture (2013) looks at how the police in the country have gone from authority figures associated with torture and abuse to the central subjects of riveting and sympathetic books and TV narratives in a single generation. Smolin, as well as Arabia Books and Hoopoe, have done a great job bringing Moroccan writers to an English reading audience, but anyone reading Fedal and Hamdouchi will want more.

When Tangier legend Paul Bowles wrote his only murder-mystery Up Above the World in the 1960s he hoped it would find a similar audience to the novels of Graham Greene. If Greene has a successor today then it is Lawrence Osborne who, like Greene, moves from location to location for his novels (France, Macau, Bangkok, Phnom Penh and, most recently, the Greek island of Hydra). Osborne has also paid attention to Morocco. 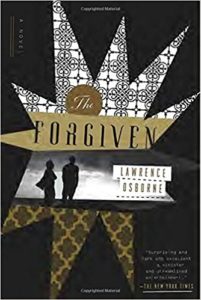 His 2014 novel The Forgiven sees a wealthy British couple on their way to a lavish weekend party in the Moroccan desert. They accidentally run over and kill a young Moroccan man on a deserted stretch of road. Unsure what to do they put his corpse in their car and take it to the party. Soon afterwards the police arrive and then the dead man’s father. This is the Morocco of the 21st century international jet set—cocktails, amuse-bouche, assorted moneyed Eurotrash, fireworks, DJs flown in for the night and trays of pre-rolled cannabis cigarettes. Against this the bleak and poverty-stricken lives of rural Moroccans living close by yet separated by vast gulfs of finance, post-colonial angst, markedly different social attitudes and mutual cultural misunderstanding. The ghoulish European and American guests at Osborne’s Moroccan party look down on the locals, a third-world country that handily speaks French and is conveniently just off the coast of Spain. Should a rich foreigner pay any sort of price for the life of a poor Moroccan?

From Bowles to Osborne, it seems foreign writers in Morocco (and the same is true of in neighboring Algeria in Camus’s classic 1942 L‘Étranger) have come to see the country as a compelling backdrop but a place where notions of fairness, justice and guilt in a sense understandable in Western Europe or America are absent. Of course, this is not what Moroccan crime writers’ focus on. For them, in novels and largely these days in scripts for long-form TV series that attract large audiences and pay better, the major theme seems to be the slow rehabilitation of the country’s police and judiciary from their role as human rights abusers during the dictatorship of Hassan II, through the moves towards democracy in the 1990s and the political liberalizations of the new century.

There’s a lot going on in Morocco and in Moroccan crime writing—it’s just a shame so little is available in translation. With luck that will change too. 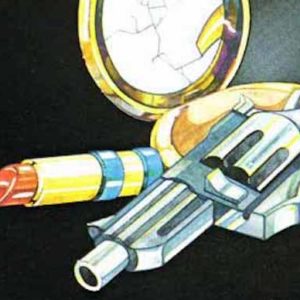 I was ten when I read my first work of history: Mark Twain’s Personal Recollections of Joan of Arc. True, it’s a romantic...
© LitHub
Back to top