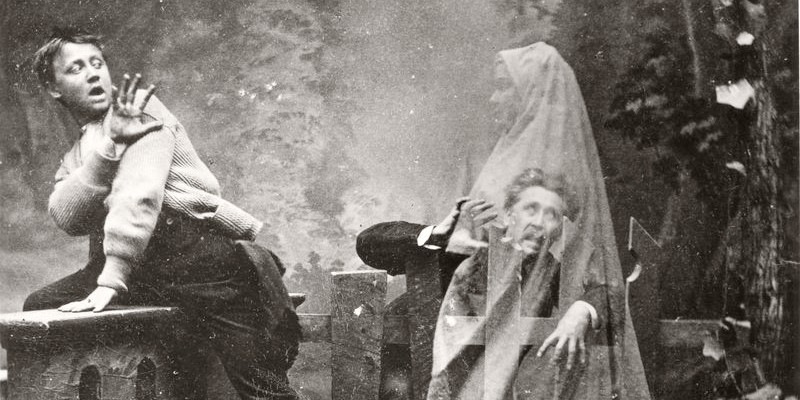 Sometimes, the best way to tell your story is through the voice of the dead.

A cold rush of air traveling over your bare skin despite the warmth of the room. Something waking you in the still of the night, a footstep, a whisper of words, a slight pressure on the end of the bed, but nobody is there. Walking into an empty room but feeling as though you’re not alone. Signs of an active imagination or a ghost protagonist?

For me, creating a dead protagonist was not what fueled me to write my novel What You Never Knew. It was necessary for me to kill off a character within the first few pages of the book, as it’s this event that sets everything else in motion. My only problem was that I still needed the perspective of the deceased character throughout the rest of the novel, which meant I had a dead narrator on my hands.

Using a dead narrator comes with its own special challenges. A hurdle that I found to be quite difficult was dealing with the spirituality that is connected to death and the afterlife. The religion behind dying is a big topic to tackle. Beliefs around it are varied, often tied to religious convictions and highly debatable, which makes it fragile ground to tread upon. I think the question authors must ask themselves before writing a deceased character, is whether they want to avoid using specific spiritual elements in their versions of death or reference them directly.

In The Lovely Bones, by Alice Sebold, teenage protagonist Susie, actually goes to heaven after her death and narrates the entire novel from there. Well known religious elements are used such as the word heaven and the fact that it’s located somewhere above earth, but the author uses creative license to create her own unique version of heaven. The deceased, including her protagonist, are given the heaven of their dreams. In Susie’s heaven she can wear any outfit she chooses; her textbooks are Seventeen magazine and Glamour and she’s always in sight of the high school she had anticipated going to. I admire the fact that Sebold didn’t shy away from using the word heaven for her fictional afterlife even though it comes with some pretty heavy spiritual baggage.

Author of Lincoln in the Bardo, George Saunders, also uses a revisionist approach for his afterlife but it’s related to the Buddhist death bardo. His deceased characters exist in a kind of purgatory in which they must reflect on the lives they’ve lived and mistakes they’ve made, which is the death bardo in a nutshell. In Saunders’ version though, the purgatory is within the graveyard where the ghosts can interact with each other and carry out strange acts of penance. Just like Sebold he took a spiritual belief around death and made it his own, despite the pre-existing connotations connected to it.

I think Sebold and Saunders were both brave and bold in their writing of death and the beyond. For my own novel I kept my afterlife vague and as universal as possible, feeling most comfortable leaving any reference to God, religion and doctrine out of the equation all together. Death and the afterlife are a controversial subject and there’s no one size fits all approach in life or writing. Therefore, a writer must choose what works best for their own individual story and not worry about how it may be received.

The next biggest challenge to writing a dead protagonist is believability. The existence of ghosts is met with a great deal of skepticism by many, so when an author sets out to write one, it better be believable. You don’t want the depiction to be too fantastical or inconsistent so that it’s confusing for the reader. Things to consider: how often are they around, what can they see and hear, how do they move through the space of the real world, and how do living people feel when in their presence.

In Her Fearful Symmetry by Audrey Niffenegger, the dead character of the aunt is able to feel her own solidity but not that of the real world and the living get a vague sense of her but nothing concrete. She can fit herself into desk drawers or float formless around her old apartment. Niffenegger employs very specific rules around the existence of her ghost character making her as tangible as the living characters in the book.

In Jesmyn Ward’s novel, Sing, Unburied Sing, the ghost of the story can only be seen by the living character, Leonie, when she’s high. Just like Niffenegger, this creates a structure around the ghost as character that the reader can rely on. Both novels have some predictability and consistency around their ghost characters, which I think makes them believable or at the very least allows the most skeptical reader to suspend disbelief while reading and buy into the version that is put before them.

While writing my own novel I actually went to see a medium to gain her perspective on the spirit world and gather some details that I could use. I think it also helps with the believability of your ghost character when you include elements that are already established around the presence of spirits, like cold drafts and dogs growling at shadowy corners.

There are challenges to writing a ghost protagonist but like anything, there are also advantages. Mostly, the simple fact that your dead character is not limited by the confines of the living world.  You don’t have to account for the meals that they ate, the clothes that they wear, when they sleep or how well, personal hygiene or trips to the bathroom. Ghost protagonists can also be anywhere at any time. This comes in handy when you want a fly on the wall type perspective on other characters and what they’re up to behind closed doors. So, you’re working for believability and navigating the spirituality of death but at the same time you’re able to push creative boundaries and utilize a character that you’ve established your own rules for.

There’s a reason everyone loves a good ghost story. Nothing is quite as bone chilling as a ghostly figure emerging at the end of a hallway, or that cold kiss of air against bare skin in the dark of night.  So, go ahead, kill off those characters and haunt those houses, you won’t be sorry.

Jessica Hamilton was born in Australia but grew up in Ontario, Canada. She has lived and worked in the Czech Republic, Taiwan, India and Japan. She studied writing at the Humber School for Writers as well as George Brown College. She lives in Orillia, Ontario with her husband, son and daughter. What You Never Knew is her first novel. 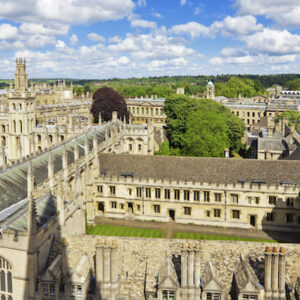 Dr. Laura Hobson: “This is Oxford.” Detective Inspector Robbie Lewis: “Don’t I bloody know it.” From “The...
© LitHub
Back to top