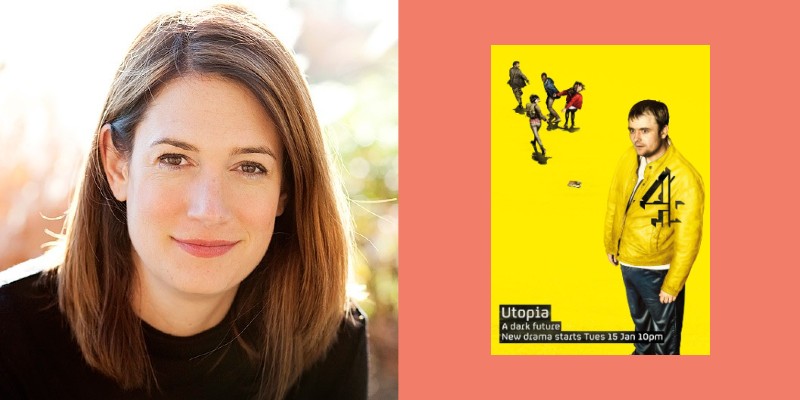 Gillian Flynn on Paranoia, Conspiracy Theories, and Adding "Showrunner" to Her Resume

The novelist takes on a new challenge as the creator of the sci-fi thriller series, Utopia.

I first became familiar with Gillian Flynn’s work in 2006 when I sat in my college dorm room and devoured her debut novel Sharp Objects in one sitting (most likely while I was supposed to be studying for exams). I was immediately taken in by her complex anti-heroines, vivid descriptions of Midwestern Gothic settings, and ability to successfully execute moments of dark wit even in the most gruesome plotlines.

I was lucky enough to be working at Random House when Gone Girl released in 2012 and became a runaway hit, prompting many people to ask me if we’re related (the answer is no, but her fan mail often arrived in my mail drop, so that’s something).

Flynn’s most recent project is the TV series Utopia, currently streaming on Amazon Prime. Adapted from Dennis Kelly’s British series of the same name, Flynn is the creator, writer, and executive producer of the sci-fi thriller, which focuses on a group of young adults who take on the hefty task of saving the world by using clues from an unpublished graphic novel that warns a deadly pandemic is on the horizon. I caught up with Flynn over Zoom about tackling a new genre, Utopia’s parallels to our current social and political climate, and the experience of adding “showrunner” to her lengthy resume.

Caitlin Flynn: One of the first things that struck me when I watched Utopia is that it’s so different from your books, which very much take place in the “real world”—for example, the plot of Gone Girl was driven by the 2008 financial crisis. What was it like to branch out into the genres of sci-fi and dystopia?

Gillian Flynn: It was one of the reasons I wanted to do the project, to tell you the truth. It felt close enough to what I’m interested in as far as it’s a thriller, it has twists, sometimes people you think are good are bad and vice versa. It had that genre element to it because I’ve always written mysteries, but [Utopia] is a conspiracy thriller and I always feel like that’s such a great way to comment on what’s happening in society. It’s fun; you have this engine of twists and mystery to pull you through, but under that guise you can slip in all sorts of interesting things.

In this case, Dennis Kelly had written a brilliant series that was ultimately about how we as humans value human life and how we value the planet. I thought that was something I could really dig into. I liked that it was challenging in that I just went about it in a different way. I usually zero in with a magnifying glass on one or two characters or a relationship. With Gone Girl I wanted to talk about marriage and gender and surface gloss versus what’s really underneath, so I did it through the relationship between a husband and a wife. Utopia blew out into the whole big world, which is much bigger than what I normally do. It was an ensemble piece with a lot of different characters and points of view to play with. It was just unnerving enough to take on.

Caitlin Flynn: Would you consider working any of these elements into a future novel?

Gillian Flynn: My next novel is a sort of bigger world. It has more characters and there’s more happening in a societal impact sphere. So it has nothing to do with Utopia as far as plot goes, but it definitely was something I was interested in tackling and I think [making Utopia] helped me feel more comfortable with it.

Caitlin Flynn: What was it like to adapt source material that wasn’t your own? How did it compare to adapting Gone Girl and Sharp Objects for the screen?

Gillian Flynn: I felt really lucky because Dennis [Kelly] was so generous and he wasn’t precious about his story and not changing it. He just kept saying, “why remake something unless you’re really going to remake it?” He was consistently so kind about it as I was sending him drafts, so that made me feel much more comfortable. I [also] had the practice when I adapted Widows, which was originally a TV series back in the ‘80s.

So I had that experience, but I approached Utopia the way I’ve approached all adaptations—this has to become my own. I don’t think it serves the original material by trying to be beholden to it. I don’t believe in just remaking something because the original was good. Adapt when you really know that you want to do something different or have it come to life in a different way.

Ever since Gone Girl, I would either read or watch the original again and take notes about plot points and that kind of thing and then really not look at it again. Because number one, it felt a little lazy to me and it’s also not fun. The fun is that magic of writing and seeing where it takes you. I had those original plot points that I loved and then all the dialogue is mine. I created new characters [and] new plot points along the way. It kept me creatively really engaged.

Caitlin Flynn: Utopia ended up being a little more realistic than anyone expected at the outset because of the pandemic plotline. You were in the midst of final edits when COVID hit America. Did that affect your editing process at all? Did you remove or adjust anything based on the current moment?

Gillian Flynn: We really didn’t. Filming was done, so we couldn’t film anything different. But I just felt like we should continue to present what we set out to make. I didn’t want to try to do anything that made it closer to COVID because we’re right in the middle of [the pandemic] and it didn’t feel respectful to me to try to imitate or play on that. So it was more, “we’re just finishing up this show that I started in 2013.”

Caitlin Flynn: The themes of paranoia and lack of faith in institutions also have some similarities to the current moment. That’s always existed, but it’s become so amplified and even common in the Trump era [compared to 2013]. Could you speak about those themes in Utopia and in general?

Gillian Flynn: That was definitely one of the reasons I wanted to do this project. One of the larger things was that idea that, as you said, it’s only become more resonant since 2013. I hate the phrase “post-truth era,” but truly we’ve stopped agreeing that there is such a thing as truth and that some things are truthful and some things are facts and it’s not a matter of opinion. Opinion is one thing that’s very different from truth and, unless we all can agree that at least there’s such a thing as a provable truth that exists, then we’re in a very, very vulnerable place where we can be easily manipulated by outside forces, whether that’s for money or power or politics. To me it seemed like it was just the way all these great paranoia thrillers that I love came out in the post-Watergate era in response to that idea that institutions can’t be trusted, like All The President’s Men, The Parallax View, and Marathon Man.

This also felt like a really good time to look at what conspiracies can do—conspiracy theory, PR spin, social media, and all these different forces coming together and battling each other. Depending on what newsfeed you’re on or what social media you’re intaking, you can get a very skewed idea of what life is like and we play with that a lot [in Utopia]. Certainly some of the conspiracies that have come with COVID, watching those come to life has been alarming and, again, strangely echoed in a show that I wrote years ago. It’s one thing to say a man didn’t land on the moon; it’s another thing to let people die. It’s reached really frightening proportions.

Caitlin Flynn: You’ve now added showrunner to your resume. What was the experience like?

Gillian Flynn: The experience was incredibly cool and I feel like being a novelist was actually great training for it. It’s an incredibly different lifestyle; it’s about as 180 as you can get. I went from spending ten years by myself 9 to 5 writing novels to a place where I was around about 200 people every day. Everyone has questions; people follow me into the bathroom to continue conversations. So that part was very different.

But being able to be the person who figures out, with this amazing group of talented humans, what costumes will look like, what the set decoration and props will look like, what books the characters read… I realized as I was making these decisions that those are all opportunities to tell more of the story. In a novel you can tell a lot about a character by what they have in their fridge and all these little details. I realized there’s that same opportunity [on screen]; you can tell more about a character by what they’re wearing, what type of curtains they have, and that type of thing. In a story that’s about things hidden in plain sight and coded messages in this graphic novel, it was an opportunity to put in all sorts of fun little Easter eggs. If you look, you can see certain characters that you find out later are connected; they wear similar things or have an item that’s the same. Establishing those different echoes was really, really fun.

This interview has been edited for length and clarity. 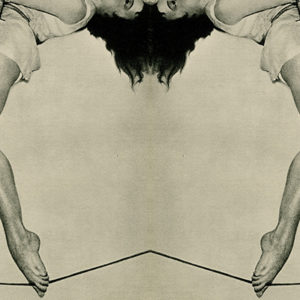 A couple of years ago, an otherwise positive verdict in a top-tier review publication included this comment about one of my romantic...
© LitHub
Back to top