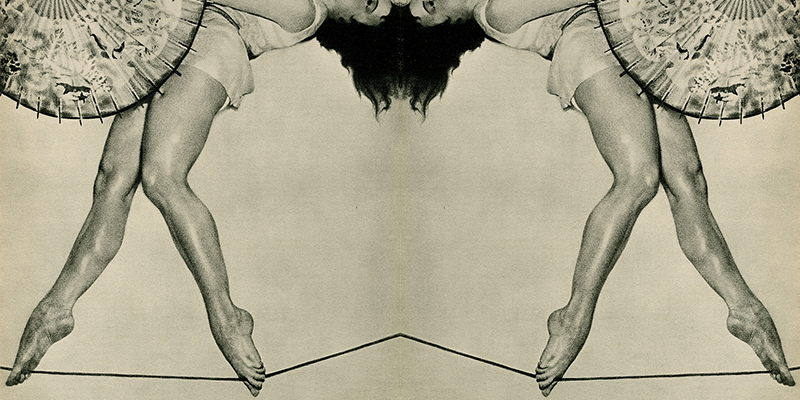 How do authors pull off the tricky balance of action and amore?

A couple of years ago, an otherwise positive verdict in a top-tier review publication included this comment about one of my romantic suspense novels: “Some readers may find themselves wishing the author had just picked one element—romance or thriller—and stuck with it.”

I have to admit, that left me scratching my head. Isn’t the very essence of the romantic suspense genre a combination of those elements?

So I concluded that this particular reviewer wasn’t too familiar with the genre. And after thinking about the comment, I decided it was a compliment. If the reviewer couldn’t tell which genre dominated, then I’d juggled the two elements well and achieved a perfect balance.

But the comment also made me wonder if other readers were confused about the genre, too.

So let’s define it, then talk about how authors pull off the tricky balance between action and amore.

A romantic suspense novel is a romance novel with a plot that focuses on a mystery, suspense or thriller storyline. It’s a love story that develops in the context of a life-and-death crime—or potential crime—situation. The stakes are high on both the romance and suspense fronts.

In practical terms, this usually means that one or both of the people who are part of the featured couple are facing life-threatening danger. That danger propels the story forward as they race to solve a crime or stop a crime from happening.

At the same time, in the course of their investigation or their attempt to avert a looming crisis, sparks begin to ping…and a romance is born. As in any romance novel, there are obstacles in their path. Physical ones, often, in this hybrid genre. It’s hard to get too romantic when someone is trying to kill you. But there are also emotional and psychological barriers that must be overcome on the way to a happily-ever-after.

So a romantic suspense author has the delicate task of guiding these two people through not only the suspense/mystery/thriller plot challenges, but through an interpersonal minefield.

I can’t speak for every author in this genre, but in my novels I strive to include elements of the suspense plot even in scenes that are focused more on character and relationship development so that the plot develops along with the romance. As the two people talk and discuss the case, they also share personal information and background. They assess each other’s strengths…and suitability. The decide if maybe there’s potential for a match. All while trying to solve whatever problem has landed in their laps.

Likewise, the higher-action suspense-focused scenes that advance the plot also advance the romance. Putting people into high-pressure situations is an excellent way to bring out their best—and worst—qualities very fast. That, in turn, can accelerate the pace of the romance. They don’t have the luxury of quiet dinners and long walks to share personal data over an extended period. They’re delving deep into what makes each other tick on a quickened timetable.

One of the advantages of writing romantic suspense is that the romantic lulls in the midst of suspense/action not only give the characters the opportunity to share their thoughts, history, and dreams with each other, they also give readers’ adrenaline a chance to return to more normal levels. Quiet interludes in the midst of chaos are necessary in life—and in books. Tension is impossible to sustain for extended periods, and if an author tries to do that, reader fatigue sets in. It’s the roller coaster of highs and lows that make for an entertaining read—in both the romance and suspense aspects of the story—along with the promise of more thrills to come.

In my books, every scene must propel the suspense plot forward or add new information to the investigation. So the suspense is never off stage, even in lower-action scenes. But in those scenes, the scene endings are especially critical. They must sustain the momentum on either the romance or suspense front.

For example, in my upcoming novel Point of Danger the detective hero and conservative talk radio host heroine have a long conversation about why getting together might not be a good idea. There’s little physical danger in the scene…but at the end of it—before readers get too comfortable—I bring them back to the suspense plot and remind them that despite what appears to be a resolution on the horizon, the danger isn’t gone. Here’s how I ended the scene: “If all went well, by next week this chapter of her life could be history. Because once their suspect was out of the picture, there would be no more looking over her shoulder or worrying about danger lurking in the shadows.”

The key word here is “if.” This is a signal to the reader that the heroine shouldn’t let her guard down—because danger is still lurking in the shadows. Hints like this keep the reader engaged…and turning the pages, even in scenes where the romance development takes precedence. And it’s important to keep in mind that an insidious, hovering threat of danger can be even more sinister and unsettling than the danger itself.

One other point worth noting. While suspense and romance may at first seem like disparate genres—as the reviewer I quoted assumed—when it comes to emotions, there’s a great deal of overlap. Many of the emotions that are front and center in a suspense novel are also an integral part of early-stage romance. Anticipation. Apprehension. Excitement. Uncertainty. Intrigue. Even fear—if someone’s life is in danger.

In the end, a good romantic suspense novel shouldn’t be merely a blending of the two genres, but a fusion. In the best of the breed, the love story and the suspense plot are intertwined, each one fueling the other and ratcheting up the tension.

I also write in the contemporary romance genre, and in many ways I find it easier to write a love story happening in the midst of a suspense plot. There’s no lack of action to propel the story forward, and emotions are often heightened and on full display. The couple involved in the romance are put into positions that reveal their true characters, and because many situations are life and death, they have more reason to talk about important matters. The stakes are also very, very high—which can bring clarity to priorities and desires.

So to return to the opening review comment…picking one element (either romance or suspense) and sticking with it is a fine choice for any author. There are many wonderful romances and many wonderful thrillers out there.

But for readers who enjoy both the mating game and mayhem, romance and suspense are a combination that can’t be beat. 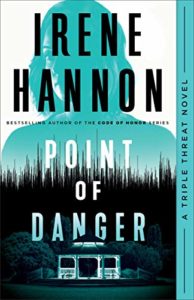 Irene Hannon is the bestselling, award-winning author of more than fifty contemporary romance and romantic suspense novels. A three-time winner of the RITA award—the “Oscar” of romance fiction—from Romance Writers of America, she is also a member of that organization’s elite Hall of Fame. Millions of her books have been sold worldwide, and her novels have been translated into multiple languages. Point of Danger is available from Revell Books.

Gillian Flynn on Paranoia, Conspiracy Theories, and Adding "Showrunner" to Her Resume 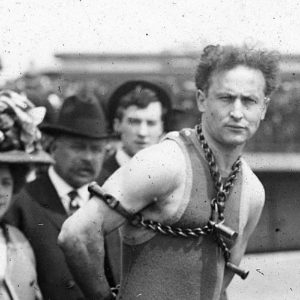 Houdini, maybe the most famous escape artist of all time, astonished audiences with his ability to shed shackles and chains...
© LitHub
Back to top