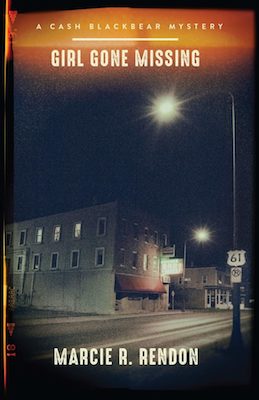 The following is an exclusive excerpt from Girl Gone Missing, the anticipated sequel to Marcie Rendon’s 2017 Murder on the Red River, featuring Renee Blackbear, a young Anishinabe woman known as “Cash,” in her early days at college. She finds herself involved in the disappearance of numerous blonde classmates. But when they start showing up in her dreams, she realizes she may be in too deep.

For the rest of the week Cash drove beet truck ’til two a.m. It was slow going from the field to the beet plant, the truck heavy with tons of beets. The drive, the wait in line, gave her hours to think about the missing Tweed girl. The only thing clear to Cash was that there was a blonde girl who was alive enough to call out to her for help across the time of dream space. Each night she would fall into bed dreading her dream time being as busy as her work time.

She lifted the lever of the truck’s hydraulic system and heard the steady thump thump of fat sugar beets falling onto the conveyor belt that carried them into the factory. Cash felt the truck start to float as the thumping got louder and louder and took on the rhythm of “shave and a haircut, two bits.”

Cash sat up quickly in bed. She glanced out a crack in the curtain hanging over the bedroom window. It was still night out. She threw off the sheet and pulled on jeans and a T-shirt from the floor. It couldn’t be Jim knocking like that. He would knock softly. If she didn’t answer right away, he would creep back down the wooden stairs and go home.

The knocking started again. Cash walked to the kitchen door without turning on any lights. Outside the door, silhouetted in dim light from the streetlights, stood a guy wearing an army fatigue jacket.

Cash opened the inside door but not the screen door.

“Open the door for your brother, why don’tcha?”

Cash’s heart was beating louder than the knocking. She looked out into the street. It seemed solid. She looked at the kitchen table. It looked solid too. She reached over and touched the back of the wooden chair she always sat on. It was solid. She reached across her body and squeezed her left bicep with her right hand. Bare seconds passed while she checked reality, making sure she wasn’t dreaming.

She pushed the screen door outward. The guy in the army fatigue jacket stepped into her kitchen. He set a green duffle bag down on the floor. Cash pulled the string above the kitchen table to turn on the overhead light. She walked back to bed in the living room and looked at the clock. It was six a.m. She had set her alarm to go off at eight so she could make it to her eight-thirty class. She stood there, her back to the kitchen, her heart beating, her chest tight, wondering if she was going to pass out. She took a deep breath and turned and walked into the kitchen again without really looking at this guy who said he was her brother.

The only thing clear to Cash was that there was a blonde girl who was alive enough to call out to her for help across the time of dream space.

He had pulled out a chair and was sitting at the table watching her. She put water from the sink faucet into her aluminum coffee pot, and then measured a small handful of coffee grounds to dump into the pot. She used a match to light the gas burner. She set the pot on to boil. All the while she looked at him out of her peripheral vision.

He wasn’t very tall. His black hair was cut military short. Lean. Sinewy is the word that came to her mind. Brown skin, scarred knuckles. His brown eyes, distant but lively, jumped around her apartment—watching her, checking out her space. He lit a filterless cigarette from a pack of Camels. With the first puff he blew smoke rings over the table. Cash stood at the stove, waiting, watching for the coffee to boil. All the while checking him out. Her chest was still steel-trap tight but her heart had slowed a bit.

She watched small bubbles form, steam rise from the top of the coffee pot, her hand at the ready on the stove knob to turn the flame down when the water reached a hard boil. She caught it right on time, turned the heat to low without any of the grounds rolling over the top of the pot. With the coffee simmering, she rotated around, reached into the open cupboard behind her and took out two thick white ceramic coffee mugs. If she remembered right, she had two cups, both from the Silver Cup Diner, carried out absentmindedly at one time or another.

She put one cup down in front of the Army guy and the other down for herself. She hesitated, unsure what to do next: he was sitting in the chair she always sat in. She finally sat down opposite him.

He blew on the cup of steaming coffee before taking a cautious sip. “Best coffee I’ve had since getting stateside. S’pose you’re wondering how I found you?” He lit another cigarette. Cash thought she smoked a lot but this guy was chain-smoking, lighting one cigarette off the butt of the other one. “I got back a couple weeks ago. Got kicked outta the family that adopted me. Went and fought to keep America safe. Became a man! Came home and the first time I got drunk, they kicked me out. Told me to never come back. Been doing that old man’s shit work since I was eight years old. Goddamn adopted me, too. Told everyone in church I was their kid. Just like one of theirs. Shit. All my hard work is going to go to that pansy-ass kid of his, not to me, like he had me believing all those years, hoping and dreaming all them years, telling everyone I was his, just like a real son. Fuck!”

He took a big swallow of the coffee. “Ah, heck.” He grinned over the coffee steam. “Easy come, easy go.” He looked at her. “Damn, if you don’t look just like Ma. ’Cept your hair is straight, not curly like hers was.”

“The people that adopted me told me you were moved from home to home and they’d heard that the sheriff had kinda taken you under his wing. I stopped by the jail in Ada and his secretary said you lived in Fargo. So I drove up here. I got me a Pontiac, a silver grey Grand Am, with money I been saving. It’s a sweet ride, sitting right out front here. Faster than a cop car.”

“How’d you know where I live?”

“I stopped at a couple bars here on NP Avenue to shoot some games, drink some beer. At the Casbah the folks were talking about this Indian chick that could really shoot pool, but folks haven’t seen her in awhile. I told ’em I was looking for my sister, and one of the guys—think his name was Jim—said the pool shooter didn’t have no family, or that the family had all been killed in a car crash years ago. Said he thought your real name was Renee. That got me thinking, maybe it was you. But we aren’t all dead.”

“Hell no. Like I said, I was adopted by the farmer up by Crookston. Chi-chi, our sister, I heard she was adopted by some family out in Delaware or some shit.”

Cash felt her chest tighten. A blackness formed in the pit of her stomach and began to move slowly up to her diaphragm.

“Hey!” The Army guy jumped out of his chair, pulled her chair back from the table, and pushed her head down between her knees. “Breathe…”

She gulped air and sat up. “Jeez girl! Your eyes started to roll back there. I’m a medic. Was a medic. Am a medic. You okay? Take a drink of your coffee. Didn’t mean to scare you. I don’t know where our mom is. Or our dad for that matter. Last I heard she was in Oklahoma, shacked up with some oil-rich Indian, drinking themselves to death. But I don’t know what’s true, what’s not true, about that one. You gonna live?”

From GIRL GONE MISSING. Used with the permission of the publisher, Cinco Puntos Press. Copyright © 2019 by Marcie Rendon. 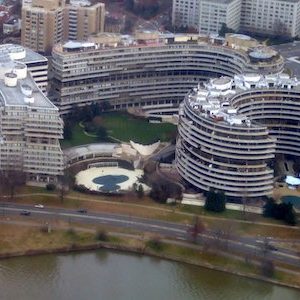 CrimeReads Brief: Week of June 22, 2019 Tim Pelan takes a close look at the 1990 classic The Hunt for Red October, based on Tom Clancy's best-selling...
© LitHub
Back to top