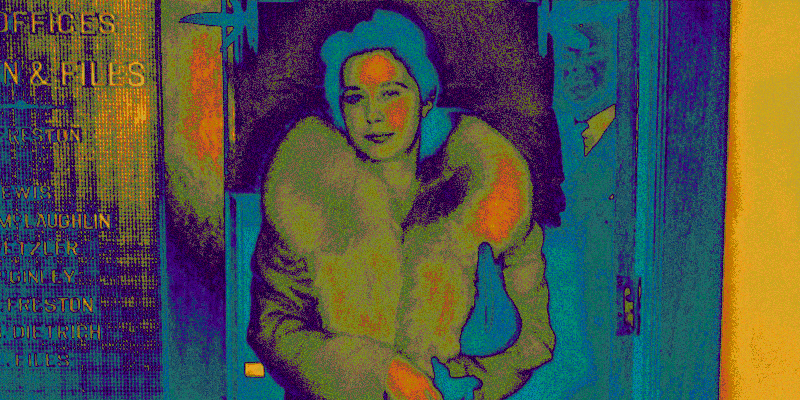 Old Hollywood was full of mobsters, opportunists, bootleggers, and prostitutes. Somehow, they all (for the most part) got along.

In December of 1927, Al Capone treated his family to a Christmas vacation in Los Angeles. Some years earlier, Capone had sent one of his minions, “Handsome Johnny” Rosselli, to Hollywood to form relationships with movie industry movers and shakers, and develop “business opportunities” for the Chicago mob. Rosselli found plenty of opportunity, so Capone decided it was worth a personal visit to check it out for himself. Shortly after he arrived, he was paid a visit at his hotel by the Los Angeles chief of police, who told him he had twelve hours to get out of town. Al packed up and left.

The powers-that-were in Southern California didn’t want the Chicago Outfit sticking its nose into their business. They already had plenty of their own home-grown graft and weren’t interested in splitting the profits. Hollywood vice was already well organized by a group of local businessmen and corrupt elected officials who called themselves the Committee.

Hollywood and the movie industry didn’t start out as a den of vice. In fact, in the early days of cinema, at the dawn of the twentieth century, independent filmmakers left the East Coast and moved west specifically to get away from shake-down artists—namely Thomas Edison—who had no scruples about sending enforcers to smash the cameras of filmmakers who refused to pay exorbitant licensing fees. Once the independents reached California, they discovered a wide-open society and great weather, and set about making sleepy little Hollywood into a one-industry town.

Early Hollywood filmmakers were a Bohemian lot, artistic, experimental, and open minded. By the late 1910s, the movies had become big business, and some of the most successful screenwriters, directors, and producers of the time were women. Opportunity abounded for anybody who could deliver the goods. Studios could hardly make movies fast enough to meet the demand of thousands of theaters in big towns and small, all over the country. Money flowed like a tsunami into Hollywood. The small studios raked in the profits and quickly became big studios, run by extremely powerful, extremely rich men.

Lots of money equals lots of power. Power corrupts, they say, and absolute power… well, you know. And after Congress passed the 18th Amendment in 1919, Prohibition became not only the law, but a fantastic business opportunity. Movies were a gold mine, but the real money was to be made in the service industries—booze, drugs, gambling, and prostitution.

Movies were a gold mine, but the real money was to be made in the service industries—booze, drugs, gambling, and prostitution.

The Committee ran Capone out of town, but Handsome Johnny stayed on in Hollywood. He loved the movies and was so good-looking he could work as an actor by day and bootlegger at night. Johnny went into business with a rum-runner named Tony “the Hat” Cornero. Tony Cornero wasn’t part of the Chicago or East Coast mobs. He was a local with an entrepreneurial streak and a shaky grip on morality. Tony owned a fleet of ships he used to haul whisky from Canada. In December of 1926, he was arrested at the Mexican border while trying to enter the US with a load of rum and was sentenced to two years in prison. While being transported to jail, Cornero escaped the guards and jumped off the train, finally making it to Europe, where he spent a few years in hiding. He returned voluntarily to the U.S. in 1929 to serve out his sentence. Upon his release in 1931, he got out of the liquor “importing” business and into even more profitable and equally illegal gambling. He opened a series of popular gambling ships anchored along the California coast, three miles offshore in international waters, outside of U.S. jurisdiction. Instead of using power boats to haul Canadian whiskey from his ships to buyers on shore, he now used them to ferry gamblers to his offshore casinos.

Prostitution was another big business in Los Angeles. By the 1920s most of it was run by the “Syndicate,” a group of men who gained control by greasing all the right palms in city government and law enforcement. These enterprising types managed to centralize and organize the L.A. sex business, taking over the brothels one by one, hiring a series of high-profile madams, and rotating the girls (whom they recruited by promising a life of riches and glamour) between houses.

In the 1920s and 1930s, the infamous Madam Lee Francis ran one of the more popular brothels out of an apartment complex on Sunset Strip, catering to the Hollywood elite of both sexes. Some of the larger studios paid Lee a retainer so their stars could avail themselves of her services at their leisure. Spencer Tracey and Tallulah Bankhead were two of of her best clients. Lee spent nearly half her business earnings paying off the cops, thus guaranteeing a phone call to tip her off before a raid. She’d then clear out the girls and their big-name clients, and when the vice squad showed up and found nobody to arrest, she’d invite them in for caviar and Champaign.

Lee’s successor as Hollywood’s Uber-Madam was a woman called Anne Forrester. Like Lee Francis, Anne enjoyed the protection of Los Angeles mayor Frank Shaw. Elected in 1933 and recalled in 1938, Shaw holds the dubious honor of being most corrupt mayor in Los Angeles history. The LAPD Central Vice Squad was run by the mayor’s brother, who was on the take and great pals with—who else?—Johnny Roselli. Anyone who didn’t pay up was visited by an associate of James E. Davis, Los Angeles Chief of Police from 1926-1931, and again from 1933-1939. “Two Gun Davis” formed a fifty-man “Gun Squad” to clean up L.A. (i.e. get rid of mobsters from out-of-town). Davis and his squad members were as criminal as the criminals. His philosophy was, “Bring them in dead, not alive.”

Madam Anne knew better than to rely exclusively on the protection of the LAPD worthies. As insurance she kept a “little black book” containing the names and proclivities of all her customers, in case she needed to blackmail someone powerful. It didn’t quite work. In 1938, a couple of her girls ratted her out to an honest vice cop and Anne spent five years in prison.

The big studios got bigger, richer, and eventually so powerful the moguls came to the all-too-familiar realization they could do whatever they wanted and suffer no consequences.

Actors and crew were treated like horses. The big money-makers were handled like prize racehorses until they quit winning, then they were treated the same as all the other contract players, like work horses. If an actor was too tired to work eighteen-hour days, somebody on the studio payroll provided a little pick-me-up. But then he couldn’t sleep so somebody gave him something to help him relax. When an actress couldn’t wake up and be ready to work at five o’clock in the morning, the studio’s pet doctor gave her a shot to get her going. After a while she couldn’t do without it.

Starlets and good-looking young men were sometimes lent out by the studios to “entertain” visiting dignitaries. The screenplay for 1997s Academy Award-winner LA Confidential, starring Russell Crowe and Kim Basinger, was inspired by real-life police corruption, tabloid sensationalism, and the true story of a Louis B. Mayer-funded, Golden Age Hollywood brothel which offered its clients girls who resembled big stars like Carole Lombarde or Barbara Stanwyck, often with the aid of plastic surgery.

As far as the movie-going public was concerned, the Depression turned mobsters into romantic antiheroes, much like in Westerns. Americans have always loved the lone wolf, going his own way in defiance of the establishment. Never mind that reality is infinitely uglier than fiction. Hollywood’s love of crime movies started in the 1920s and 30s with early talkies such as Paul Muni’s Scarface, Edward G. Robinson’s Little Caesar, and Jimmy Cagney in Public Enemy, culminating in works of art like The Godfather in 1972. But even the Mafia couldn’t compete with the big studios when it came to vice and corruption. In the end, Hollywood out-mobbed the mob.

And what about Handsome Johnny Rosselli, aka “Johnny Hollywood?” He went to prison, of course. When he got out in 1941, he returned to Hollywood, where he co-produced a couple of gangster films. Once you’re in the Mafia, though, you can’t get out. In 1976, after he’d lived a long life of crime, an oil drum containing Johnny’s dismembered remains was fished out of the Atlantic. Word in the underworld is he committed suicide. 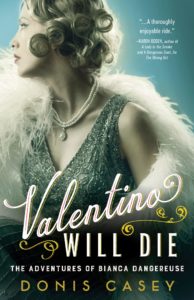 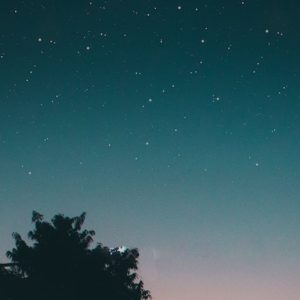 In the summer of 2014, two teenage girls, Padma and Lalli, became the subject of rumors in their small village. Then they...
© LitHub
Back to top