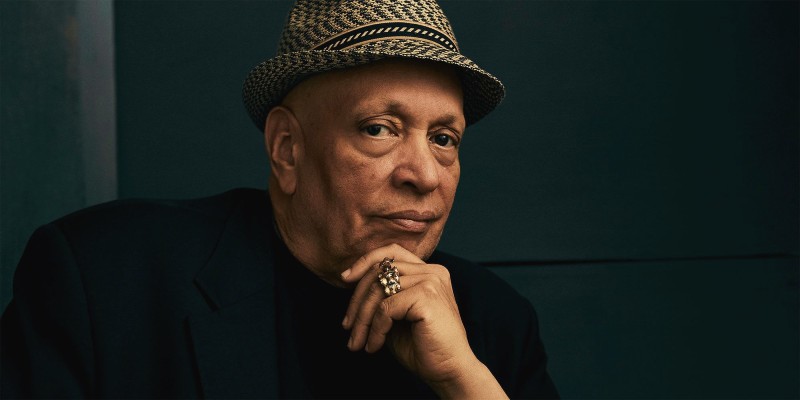 How Mosley went from working as a computer programmer in 1980's New York City to writing the iconic Devil in a Blue Dress.

There is no one to whom a blue dress has meant more to his career than author Walter Mosley, with the possible exception of his biggest fan, President Bill Clinton.

Mosley’s Devil in a Blue Dress had been critically acclaimed prior to Clinton telling the world Mosley was one of his favorite writers. But after Clinton’s endorsement, Mosley’s books traveled from bookstore mystery shelves in the back of the store, to storefront windows and entryway co-op tables in less time than it takes to complete a book signing.

Not since President John Kennedy sang the praises of Ian Fleming, the father of James Bond, has an author’s work been jumpstarted so successfully. And Mosley started at a younger age and had a much longer writing career to build on that slightly delayed initial success.

Clinton even invited Mosley to dine at the White House after reading Devil in a Blue Dress.

It is hard to believe the New York Times bestselling author (his latest is Blood Grove, out this month) never intended to become a writer. For the first half of his life, he was a computer programmer and business consultant, and making damn good money at it. Writing? He hadn’t given it much thought since he was a child.

He’d always considered life’s possibilities. He grew up in Southern California where, he says, “you’re always told you can do anything you want.” Some people actually believed that. Walter Mosley sure did. So, when his computer programming career went emotionally wanting, he thought about what he’d like to do—not with the rest of his life—but with the next phase of his life. Possibilities, remember.

And then it came to him—a single line of prose straight out of the blue (“blue” being the operative word for this new beginning): “On hot sticky days in southern Louisiana the fire ants swarmed.”

He liked it, thought it had a rhythm, potential, and of course, possibilities. For what, he had no clue, but it stuck with him and suddenly sparked a passion he hadn’t felt since he was a child. “The sentence popped into my head and I said, ‘Oh, I can do that.’ I think it has something to do with being from California.”

He suddenly wanted to write fiction.

While it may have taken him 34 years to find his muse, he’d always been the type to take a chance. After all, a guy who can do anything has the personality to take a lot of chances in life. “I think there’s a lot more freedom in our lives than we know. I think it is a scary thing to say, ‘I’m going to leave where I am and go somewhere else.’”

He graduated from West Los Angeles’ Hamilton High School and then took a year to tour Europe. He later moved across the country from his southern California home to attend Goddard College in Vermont to “get as far away as possible from where I was from.”

His impression of Goddard? “If most schools are liberal arts, it was radical arts.”

He dropped out to become a computer programmer and later received a degree from Johnston State College in Vermont. From there he went to graduate school at the University of Massachusetts, studying political theory, but left without a doctorate. It was then back to Boston as a computer programmer, but he encountered racial hostility.

“Boston back then was so racist, it was unbelievable, so I went to New York…I loved it.”

There, he programmed computers for an insurance company before becoming a consultant for Mobil Oil.

“I never liked being a programmer. I didn’t hate it…It occurred to me over time, I would like to be able to start and complete a short story…that was my goal.”

He attended The Writer’s Workshop, run by poet Phil Schulz. “He had this class in his house in Greenwich Village. I was learning more and more about writing…Then I went to City College, because there’s a graduate creative writers’ program there.”

He published a short story, but his instructor, famed Irish author Edna O’Brien, looked at his work and urged him to go big and write a novel.

He followed her advice and wrote a novella, Gone Fishin’. “People looked at that and said, ‘Who’s going to read this?’…Everyone turned it down. They said it was not commercial. What they meant was white people don’t read black writers.”

“It wasn’t that my first manuscript wasn’t’ publishable,” Mosley says, “it’s just that publishing couldn’t imagine it at that time.”

Years later, after he was famous, he decided not to take an advance so Black Classic Press, a small independent Baltimore publisher run by former Black Panther Paul Coates, could publish Gone Fishin’. The book that wasn’t commercial sold well.

While he was still attending the City College Creative Writing Program in Harlem, Mosley began writing his first novel, Devil in a Blue Dress. He was still working two to three days a week as a consultant and writing the remainder of the week. Novelist Frederic Tuten, his mentor who also was in charge of the writing program, gave Mosley’s manuscript to his agent, Gloria Loomis. She loved it.

“She gave me notes and it made me think of all of these other things.” Mosley rewrote it. When he finished, he went back to consulting with Mobil Oil while Loomis circulated the manuscript among publishers and quickly realized it was in demand, so she put it up for auction. W.W. Norton Publishing called Mosley at work and offered him a two-book contract. The next day the Norton folks took Mosley to lunch. The following day Mosley called his boss at Mobil Oil. Before he could say a word, his boss broke in. “Walter, we know. You quit. Good for you.”

Mosley called his Dad to tell him the news. “My father was just flabbergasted. He said, ‘really? You did it!’ It was probably my happiest moment.”

“This is the best time of your life,” Tuten told him. “This is the time when everything is experimentation and growth and advancing.”

“He was right,” Mosley says. “It’s not about getting a job and the right title. It’s about doing something I love just because I love it. That was a great moment. And I’m still thankful for it.”

While it took him only a few months to write his first published novel, it had taken him more than three decades to get there. “I always say it’s really good to come to it later. Writing is so much about experience…Music, interpretation, painting, writing. You have to believe what you’re writing. For so many people who are really young, you haven’t had that much experience yet.”

But it’s also about writing talent, and just picking up Devil in a Blue Dress and reading the first few pages clearly shows Mosley is a superlative wordsmith. He always listened to stories growing up. “My father was a great storyteller. It’s kind of a performance thing. When I was at City College, I always took a poetry workshop. I’m not a good poet, but poetry teaches you everything, especially rhythm,” he says. “Most people who write prose don’t pay as close attention to language.”

Mosley sure does. Look at the second paragraph of chapter one of Devil in a Blue Dress: “I had spent five years with white men, and women, from Africa to Italy, through Paris, and into the Fatherland itself. I ate with them and slept with them, and I killed enough blue-eyed young men to know that they were just as afraid to die as I was.”

To this day, Mosley regularly attends poetry readings. “It’s possible that there will be something in there I learned. It wasn’t a conscious thing. I just love writing…The fact I found writing, is so wonderful.”

And yet he’s not a fanatic about reading everything he possibly can to become a better writer. “I don’t believe that at all,” he says.

What he does believe in is taking chances. After he experienced success, he went to the president of City College with an idea: create a two-year publishing course for minorities. “I was arguing, it’s so white.”

“Racism, like sexism,” he says, “is first and foremost in the pocketbook. Publishing is changing a little bit, but it’s still very bad. There are too few people of color…People just don’t pay attention to you until they have to. When it’s about to cost you money or influence, you change.”

You could say he literally helped to begin to change the complexion of publishing, helping more skilled people of color to enter the business. He is not afraid to take a stand. When PEN-International, the worldwide organization for poets, essayists and novelists, balked at hiring people of color, he quit the organization.

“Poets, Essayists and Novelists was all white people, at least the U.S. version,” Mosley says. “I said the next person we hire has to be a person of color. Their lawyer said that would be racism. They said the first qualified would be hired.”

“If you’re Black in America, you just see America so much more clearly than others see it because you’re in that battle all the time…I know their history better than they know it because I know my part of history and they don’t believe it.”

Ezekiel “Easy” Rawlins, his most famous protagonist, navigates the color line separating black and white cultures in Los Angeles. Mosley began his first published novel, Devil in a Blue Dress, with Easy being hired by a white man to find a woman who frequents Black jazz clubs—places white men feared to go. Mosley used Easy to bridge the divide, which gave him a great opportunity to explore racism with his protagonist. But he didn’t stop there. Easy doesn’t account for even half of Mosley’s books, most of which explore social issues wrapped around a good story.

And while he tackles long-standing, difficult racial issues in his work, his first novel, Devil in a Blue Dress, took him just over two months to write, it was grabbed by the first agent who saw it and it was swiftly snatched up at auction. Like his most famous protagonist, Walter Mosley made it all look Easy.

Devil In a Blue Dress

Inspiration: “Emile Zola, told history of France in novels, I wanted to do that for black people in California. You don’t exist in history unless someone writes fiction about you.” 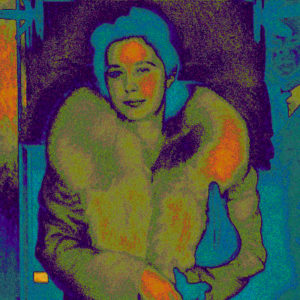 In December of 1927, Al Capone treated his family to a Christmas vacation in Los Angeles. Some years earlier, Capone had sent...
© LitHub
Back to top