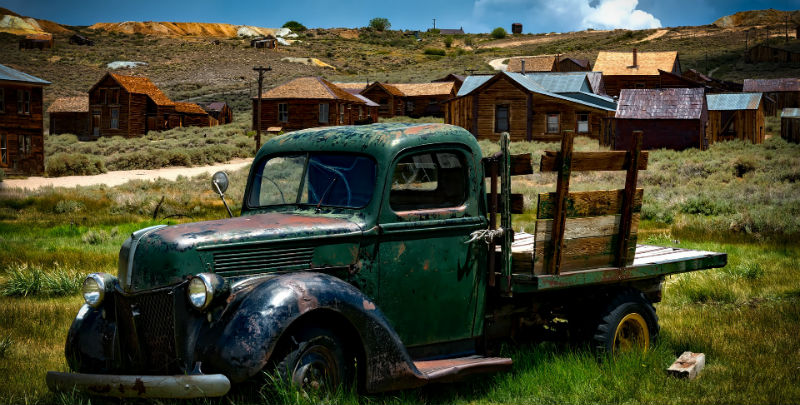 I’m not sure when exactly I found myself interested in the concept of Grit Lit as a genre. I can remember talking to Smith Henderson, author of the brilliant Fourth of July Creek, back in 2014 about labels and how his novel, set in Montana, slipped into this new genre, this place somewhere between Westerns and Southern fiction, between literature and noir, and only being vaguely aware that my own novels would soon find themselves on such a shelf. As we batted around the term, it seemed that Grit Lit had something to do with being, well, gritty, yes, but also authentic and strong, focused usually on outsiders and heavily considered with a sense of place. In short, it seemed something classically American.

Fast-forward a few years. Recently, a British writer named Robert Parker reached out to me via the interconnected world of Twitter and introduced himself as a fan of all things Grit Lit. I soon had the opportunity to read an advance copy of his forthcoming crime novel, Crook’s Hollow, and realized that not only was Parker a fan of this ‘American’ genre, but that his book was clearly a British version of the same style, something I had never seen before. Parker’s novel challenged my ideas on this mostly narrowly defined genre and so I turned around and reached back out with the following conversation.

Steph Post: Besides being a crime writer and a fan of crime fiction, you’re a fan of Grit Lit writers such as David Joy and, I’m flattered to say, myself. The niche market that Joy and I, Brian Panowich and Daniel Woodrell, Tom Franklin and others find ourselves in is sometimes small and so I have to admit that I was a bit surprised to find a reader in Manchester, England, who truly understood and appreciated the genre. How did you come to find yourself as a reader of American Grit Lit and what about the genre do you find so appealing?

Robert Parker: It’s true that I am indeed a “fan from afar” so to speak, and it’s great to have a chat with someone whose work inspires you. While it’s very kind of you to say that I’ve “got” the genre of Grit Lit, I’m not sure, as a British guy living in England, that I can fully appreciate the finer nuances. What I can say for sure is that my enjoyment and connection with the genre is solid, and I’m constantly finding myself burrowing further into it and finding great reads all the time.

For work, I end up reading lots of UK-set thrillers and detective stories, to keep on top of what the contemporary British crime scene is doing. For fun, I read absolutely all sorts of different stuff, right through from horror, noir, crime, suspense, Grit Lit and so on, but nothing has really grabbed me like the authors you mentioned.

Parker: I think what happened was I started reading some CJ Box, having picked up one of his Joe Pickett books at my local library. I absolutely fell for those books in a big way, for a raft of reasons, but I think to me it was because the setting was so different to what I was accustomed to.

From there, I couldn’t always get my hands on the next one, so I had to go on Amazon and Goodreads, and that created a search history. It was precisely around this point that I saw in my suggestions bar your own A Tree Born Crooked, David Joy’s Where All Light Tends To Go, and I loved the blurbs so I grabbed them. I suppose you could therefore thank Amazon’s algorithms for my love of the genre!

Parker: In those books it was the intimate scale of the stories, with such strong themes of family and responsibility, taking place in settings I felt so mesmerizing, that completely sold me. Daniel Woodrell soon followed, Matthew F. Jones, Brian Panowich and now I’m onto Michael Farris Smith and Taylor Brown.

Post: Taylor Brown is one of my favorites. So glad you’re enjoying him.

Parker: And then, at the same time, I was lapping up stuff from Nic Pizzolatto and, of course, James Lee Burke’s incredible Robicheaux series and anything else I could find.

Post: I had the pleasure of reading an early copy of your second novel, Crook’s Hollow, which I immediately dubbed ‘Brit Grit Lit.’ The story is set in a quiet village halfway between Manchester and Liverpool and at first I thought it was going to fall along the lines of a cozy British mystery. How wrong I was there. It’s set in England, and the sense of place is extremely strong, but stylistically it has so much in common with the raw, gritty crime novels of the American South. How would you compare Crook’s Hollow to traditional American Grit Lit genre? 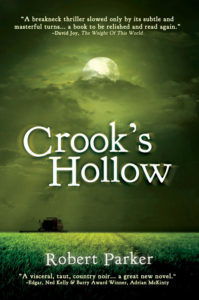 Parker: With a pinch of salt and a wry smile at how flattered I am by that. Crook’s Hollow would certainly be my homage or tribute to all those amazing books and authors I’ve enjoyed so much.

Books for me have always been about escapism, so I felt that if I could bring that same kind of escapism to a British setting, I’d be able to write a book based on my surroundings that I could really enjoy writing.

I love that you enjoyed the setting and sense of place in Crook’s Hollow–because boiling it down to what it was I love about Grit Lit, is that exact solid, vivid sense of place. So for example, you’ve got Jericho with Atkins, Bull Mountain with Panowich, Crystal Springs and Silas with yourself, Steph–these places were so well-rounded and memorable, so full of their own little unique traits, quirks, hang-ups and crevices, that I was right there, and down with it.

Parker: So many of these places, fictional and otherwise, were painted in terms of confinement–of how small, parochial, and inhibiting they were–and in a broader sense this creates so many great elements for drama, like the constant proximity of the characters and their friction was refining the setting into a powder keg.

Another thing I love about Grit Lit is that no punches are ever pulled. The audience is never ever given the cutesy easy way out, and I love that. It makes the reader make tough choices with what they are prepared to go along with, and just how much they can root for certain characters. So in Crook’s Hollow, when I decided I was going to write a British crime novel with a very hard-bitten edge, it was both very liberating and exciting because I felt I could do anything, push my characters anywhere. No topic was off the table.

Post: I was particularly impressed with your use of dialect and colloquialisms in both the dialogue and narration of the story. The novel has such a raw, authenticity to it, but without alienating readers who, like me, have never been to its locations. Did this authentic voice come naturally to you as you were writing? And is the area of Crook’s Hollow familiar to you?

Parker: Crook’s Hollow, the location, is based in terms of layout on the village I grew up in in the north of England. I still only live a couple of miles from there, and my kids go to the same village primary school I went to. You could definitely do a location tour here, because you could visit the pub, church and village hall from Crook’s Hollow–as well as the Hollow itself, which is just north of the village.

“I’ve found myself butting against a village mentality many times, but at the end of the day it’s my home, a theme completely rooted in Grit Lit.”

I’ve found myself butting against a village mentality many times, but at the end of the day it’s my home, a theme completely rooted in Grit Lit. Hey, maybe I’ve actually just answered the question of why I love the genre. Now we’ve discussed it, in truth it seems I really relate to it on a thematic level.

Post: I love being able to work these things out in conversations! So, Crook’s Hollow tells the story of Thor Loxley, his infamous family and his families’ rivals in a dark, twisted tale full of backstabbing and secrets and betrayals that cut to the bone. The theme of family, and its complications, is one often explore in fiction, and its more sinister side is often at the root of many a Grit Lit drama. Why do you think the darker nature of families and their entanglements is so popular in this genre?

Parker: Another mega question, I love it–and this is really making me think here!

Post: Yeah, sorry, I tend to come out with the punches! I’m just really fascinated with where all of this is going.

Parker: I think that family themes are inherently interesting, because it is something that we can all relate to so easily, the pressures and bonds of family. We all have a basis for comparison and empathy with a topic like this. We’ve all felt at one time or another that “you can choose your friends but you can’t choose your family,” and that’s a running theme right throughout Grit Lit. There’s so much you can do with it, so many angles. And there’s something preternatural about the bond with where you’re from, something very deep-lodged, slippery and hard to grasp. There’s a constant pull of something about these places.

Post: Do you think family drama is an essential part of the Grit Lit narrative or merely a convenient one?

Parker: I don’t think there’s anything convenient about family being such a common theme because in the settings we talk about it’s merely logical. So we’ve acknowledged that a sense of place is something very apparent in the genre, and that these places are often small and interwoven. As families grow, some move away, some stay put, and when the places are quite small, family ties and relationships are ones that make themselves known the most. We know people rub up against each other in small places, for better or worse–and if these people are related, the bonds and bridges are ever evolving, stressed and complicated. It’s the perfect, logical birth-point for stories. It’s a breeding ground.

Post: Regardless of which side of the pond you’re on, right? 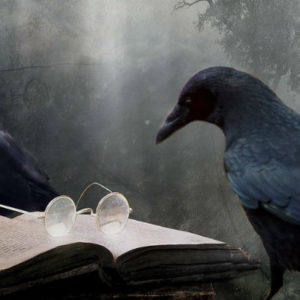 Edgars season is upon us! Every year, the Mystery Writers of America hands out awards to the best and brightest of the crime...
© LitHub
Back to top