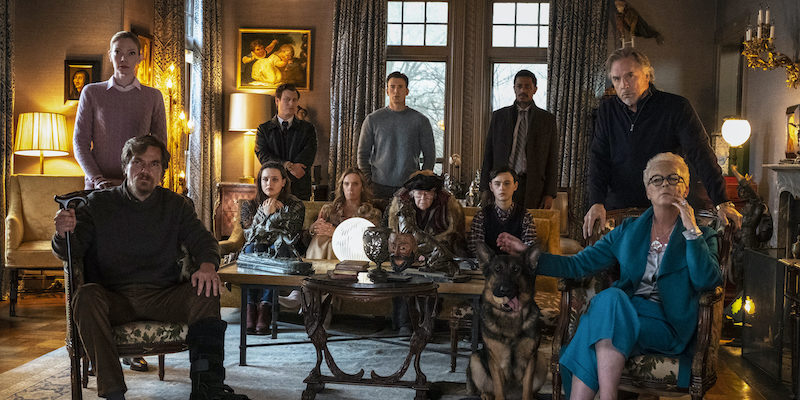 Janice Hallett rounds up some of today’s most intriguing fair-play mysteries.

One reader’s fair-play mystery is another’s confounding enigma, so at the risk of starting an internet debate, first and foremost, I’d like to set out what constitutes ‘fair-play’ in a world where twists, turns, dead ends and red herrings are de rigeur.

1. The guilty party must be present within the cast of characters.

2. Unconventional narrative devices are allowed, but still the ‘murderer’ must be theoretically guessable within it.

3. There can be no left-field resolution, such as ‘it was all a dream’, or aliens arrive and destroy the world anyway.

So, a fair-play mystery gives its readers a decent chance of working out whodunit for themselves. Read any of my picks below and you might guess who the murderer is, but you will definitely be intrigued and confounded along the way… unless I’ve thrown you a red herring here, that is. Because who wants to know for sure, when it is mystery and intrigue that keep your eyes on the page? 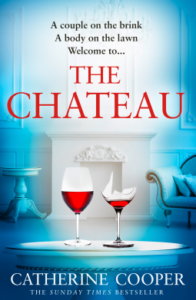 The Chateau, by Catherine Cooper

When Aura and Nick sell their London house and buy a rundown chateau in rural France, they look forward to a new life as hoteliers. From the start we can see things are not quite right between them, and haven’t been for some time. As they rock up in beautiful Mozene with a TV documentary crew keen to capture their dream-come-true, what emerges is crushing self-doubt, uneasy suspicion of their new neighbors and bitter disappointment their lifestyle will never match that of their fellow ex-pats. We may also feel a growing unease over why Aura and Nick made such a daring move at all, especially as they miss their metropolitan comforts so much. There’s very quickly a body on the lawn and quite simply anyone could have done it. If you’re struggling to identify the guilty party, remember Cooper is a master of misdirection and unfolds this clever mystery with extraordinary aplomb.

The first of Locke’s Highway 59 series—featuring troubled Texas Ranger Darren Matthews – sees two bodies pulled from the Bayou in Lark, a tiny backwater community in East Texas. One victim is a local white woman, the other a black lawyer from Chicago. What links them, and how their murders relate to racial tension stirred up by the Aryan Brotherhood of Texas, is a driving force in Matthews’ investigation. At first glance a police procedural, Bluebird Bluebird is so much more. There is no wool pulled over your eyes with this one, just a slow burn of a mystery that’s as much an emotional journey as it is an intelligent one, and without giving too much away, all the clues you need are right there in the Texas dust. 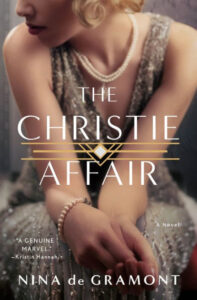 The Christie Affair, by Nina Gramont

If you’ve read this far, my goodness, you will enjoy this novel. A meta delight for fans of crime writing, The Christie Affair is a fictional murder mystery woven around the real-life temporary disappearance of Agatha Christie. This enduring conundrum from 1926 is not so much fictionalised as creatively re-imagined. Whether you know much about what happened then or not, you’ll find this delicious whodunit totally irresistible with a classic fair play structure at its core. Just like Sophie Hannah’s Monogram Murders (below) the golden age of crime writing is invoked without being appropriated. 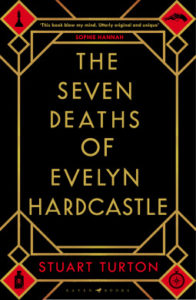 The Seven Deaths of Evelyn Hardcastle, by Stuart Turton

At first, you may be forgiven for thinking you’ve been plunged into the depths of an Agatha Christie novel, as this ingenious tailspin of a book starts at a country house party full of horribly larger than life guests. Our narrator stumbles in, having witnessed a murder so traumatic his memory is wiped clean. Although the mystery truly begins the following morning, when he wakes up about to live the same day again—as a totally different character. The same switch happens the next morning, and the next, and so on, seven times. So, this is a whodunit with the additional mystery of who the narrator is, and why he seems stuck in a literary version of Groundhog Day. Well, I said narrative devices were allowed, but I bet you didn’t realize they’d all be in the same novel… despite its unconventional narrative, this is never anything less than a cracking murder mystery and, unsurprisingly, soon to be a Netflix series. 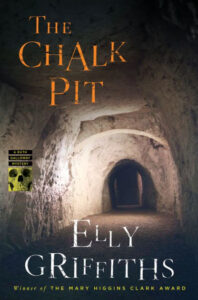 The Chalk Pit, by Elly Griffiths

The ninth in this author’s Ruth Galloway series is one of her darkest and most intriguing. The Chalk Pit takes place in a sinister web of underground tunnels beneath the city of Norwich. As if that weren’t atmospheric enough, the spark that sets this mystery ablaze is the discovery of human bones down there, recently buried, boiled clean and very much in the path of plans for a new underground restaurant. We are invited to investigate missing women and murdered rough sleepers, all with potentially devastating connections to this (literally) underground community. As we meet people not only on the fringes of society, but banished to its underbelly, a complex mystery unfolds with all the procedural aplomb you’d expect from Dr Ruth and her police colleagues. 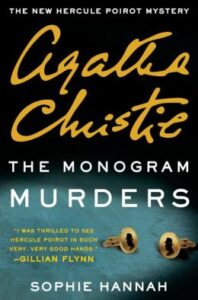 The Monogram Murders, by Sophie Hannah

A delightful example of Sophie Hannah’s Hercule Poirot mysteries, The Monogram Murders will play merry havoc with your attempts to uncover precisely whodunit and perhaps more fittingly, why. Poirot meets a young woman in a café. She makes the confounding declaration that she is about to be murdered. Later that night, Poirot’s police contact Edward Catchpool, reveals there’s been a triple murder in a hotel, and monogramed cufflinks were positioned carefully on the grisly remains of each victim. Poirot is convinced this has a connection to his mystery woman. Christie herself would more than approve of the winding story that will pick you up and put you down again—several times. 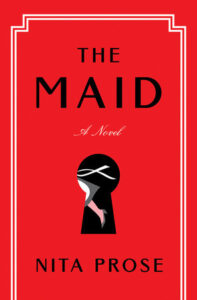 The Maid, by Nita Prose

A mystery that is as refreshing as it is delightful, the ‘detective’ in this stunning debut novel is non-neurotypical Molly Gray. Struggling to navigate life alone after the death of her beloved grandmother, Molly clings to the regimented, repetitive nature of her job as chambermaid at an upmarket hotel. When she stumbles upon a body in one of her rooms, her exacting approach to cleaning and tidying must suddenly be applied to finding out who exactly killed the wealthy and volatile Mr Black. Working especially fast once she falls under suspicion herself, Molly whittles down her suspects from the hotel’s legion of nefarious staff members, until what really happened gradually emerges. This is a wonderfully stylized world with a satisfying fair-play mystery at its generous heart. 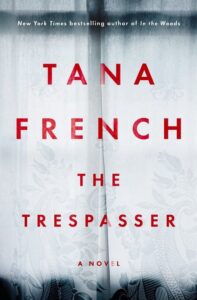 The Trespasser, by Tana French

The last of Tana French’s expertly interwoven Dublin murders series, The Trespasser is a strong, sophisticated story, and I think a classic of the fair play genre. A young woman is found dead in her home, and the initial conclusion is that she’s a victim of domestic violence. Her boyfriend is hauled in and questioned, which is when Detective Antoinette Conway spots inconsistencies that ping her radar. It has a solid first-person narrative and a linear time scale, so armchair sleuths have a decent stab at guessing the upshot. However, French’s famous skill for misdirection might well throw your gaze awry, as this deceptively open-and-shut case might just be part of a plan to see the unpopular Conway dismissed from the squad… 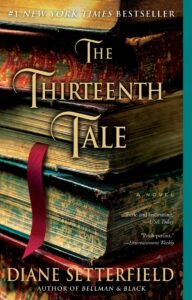 The Thirteenth Tale, by Diane Setterfield

Vida Winter is a reclusive author who lives alone in a huge, Gothic house and has spent her life creating false histories for herself, all to hide a web of dark and tragic secrets. Unravelling the truth presents us, and her biographer Margaret Lea, with an intriguing task. The mystery hinges on a ‘missing’ thirteenth tale from Vida’s most renowned collection of stories. What secrets might be found therein, and why do we draw eerie parallels between the biographer and her subject? A tribute to the power of telling one’s own story, and the potential dangers of doing so or not, perhaps the last word in this exploration of the fair play novel, can be found here. As a character declares: “I have spent my whole life chasing after my story, and never quite catching it.” 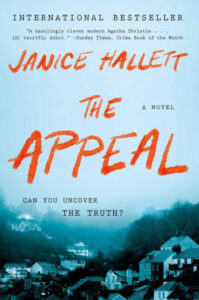 Janice Hallett is a former magazine editor, award-winning journalist, and government communications writer. She wrote articles and speeches for, among others, the Cabinet Office, Home Office, and Department for International Development. Her enthusiasm for travel has taken her around the world several times, from Madagascar to the Galapagos, Guatemala to Zimbabwe, Japan, Russia, and South Korea. A playwright and screenwriter, she penned the feminist Shakespearean stage comedy NetherBard and cowrote the feature film Retreat. The Appeal is her first novel. 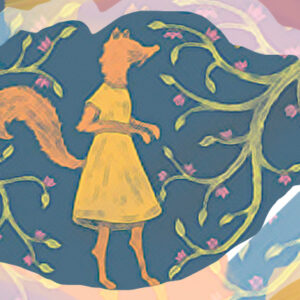 Shady Hollow is the first in a series of mystery novels. The twist of our setting is that all our characters are animals....
© LitHub
Back to top