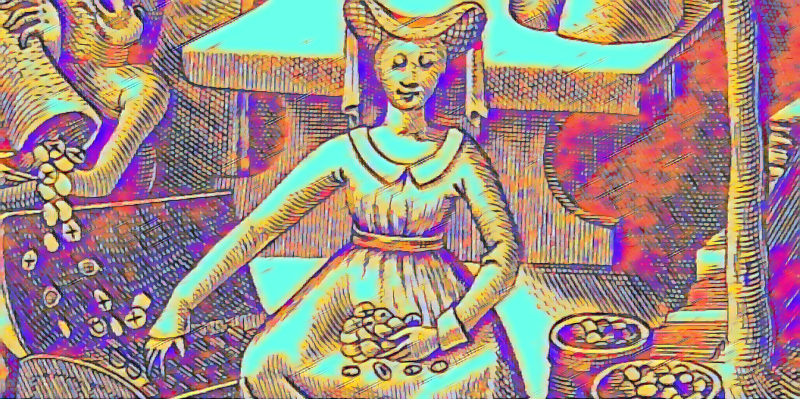 A look at the traditional motives for killing: Love, Lust, Loathing, and Loot.

Four motives are typically given for murder, namely Love, Lust, Loathing, and Loot. Researching this, I discovered a 2017 FBI report that claimed a whopping 41 percent of murders in the USA that year occurred during “arguments” or “brawls”.

Crime writers—and readers—have no interest in brawls that got out of hand. It’s terribly depressing to learn someone lost their life for no deep reason. In crime novels, we seek to learn who, when, where, what, how and—most importantly—why. These solutions restore our faith in an orderly universe.

That same 2017 FBI data showed that nine percent of murders were linked to Theft, while 14 percent were tied to Drugs & Gangs. I’m putting both in the Loot category. Only two percent were classified as Sex killings, which you’d never guess if you read modern crime fiction. Meanwhile, the FBI lumped a wildly unsatisfying 24 percent into Other. No crime writer could get away with this.

The FBI’s data confirms that Loot—ie Greed—is a major motive for real life murder. A quick trawl through true crime sites backs this up. We’re all too familiar with tales of robbery gone wrong; botched kidnappings; ugly divorces in which one or both partners won’t share; and the subjects of multi-million-dollar life insurance policies meeting untimely demises.

Greed, or Avarice, is the third of the Seven Deadly Sins, which most people assume have Biblical origins but actually trace back to the ancient Greeks. Like its cousins, Lust and Gluttony, Greed is a sin of desire. Of the Seven Sins, the ancients considered Pride worst of all, since it allows us to place our own selfish goals over others’ wellbeing.

While the Seven Sins list predates Christianity, it was the Christians who added the “Deadly”. They felt these emotions had the power to “maim” or “kill” the divine spirit within human beings.

Now back to Greed, and crime fiction. Money’s a factor behind many real murders, but in recent crime stories, Greed seems to lag behind motives deemed sexier or more psychologically complex, including Jealousy, Love, and Revenge.

I think there’s an erroneous sense that, so far as motives go, Greed is simple. Pondering what motivated crime way back in 387 A.D., St. Augustine seemed to argue this when he said: “So when people look for the reason why some criminal act has been committed their account is only rendered credible when it is evident that there may have been Greed on the malefactor’s part to gain possession of goods belonging to someone else…”

Greed’s logical, Saint Augustine seems to say, while other motives are slippery. Yet Saint Augustine soon admits some thefts make no sense, by describing how, as a teen, he and his hoodlum mates stripped a neighbor’s pear tree purely for the thrill of it. As he put it:

Behold, now let my heart confess to thee what it was seeking there, when I was being gratuitously wanton, having no inducement to evil but the evil itself.

In Saint Augustine’s case, what seemed like a crime of Greed was likely motivated by boredom, raging hormones, and peer pressure.

Of course, nicking your neighbor’s pears isn’t the same as killing your neighbor. But by resorting to blaming his actions on “evil”, Saint A was admitting what we all know: even we don’t understand what motivates us all of the time.

To complicate matters further, there’s someone’s actual motive and then there’s the way they justify their misdeeds. As the crime novelist Josephine Tey said: “If you think about the unthinkable long enough it becomes quite reasonable.”

While Greed seems to have fallen behind in modern crime books, it plays a starring role in many old tales, from Dickens’ 1843 A Christmas Carol to Dashiell Hammet’s 1929 noir detective treasure hunt The Maltese Falcon to Steinbeck’s 1947 sob-fest The Pearl. It was the 1950s that brought us crime ficiton’s Greed poster boy in the form of Patricia Highsmith’s mesmerizing The Talented Mr. Ripley. Eighties’ Wall Street Greed is the background of Tom Wolfe’s The Bonfire of the Vanities, which begs for a reread in today’s #BLM context. Then there’s my favorite Greed read of all time, Scott Smith’s 1993 A Simple Plan, about a trio who find a bag of cash in a crashed plane. It’s impossible to read this one without wondering: What would I do?

My interest in Greed as a motive for murder—both real and fictional—dates back to a double-homicide in my home town, Canada’s Victoria, B.C., which is also the setting of my Toby Wong Vancouver Island mystery series.

In 1990, a boy at my high school convinced two of his classmates to help him stab his mom and grandma to death. The motive? A $CDN 4-million inheritance. One of the accomplices confessed, served out his sentence, and was paroled in 2003. Despite convincing physical evidence, the mastermind and his other pal never admitted guilt and remain in jail.

What, beyond money, would convince a kid to kill his own mother and grandmother? It wasn’t just the cash, obviously.

Questions like this led me to Killer Coin, the second book in my mystery series. The story pivots upon Greed, as the vultures—in the form of a gold-digging boyfriend and money-hungry kids—start circling an aging socialite.

Greed, especially the kind that wrecks families, fascinated me even before my high school mate committed matricide. Greed runs in my family history.

My mom, a twin, was raised by abusive parents in Berlin, just after the Second World War. When her parents weren’t hitting her they were inciting her much-bigger twin brother to do it for them. At the age of seventeen, with nothing but a black eye and the clothes on her back, my mom fled to a homeless shelter—and never went back. Her grandmother, whom my mom loved, left all she had to her twin grandchildren. Not surprisingly, my mom never got her share of Grannie’s estate. Looking on the bright side, no one was murdered.

That’s not the case in my favorite fictional family sagas. Inheritance Greed lies behind Josephine Tey’s diabolical doppelganger drama Brat Farrar. Arthur Connan Doyle tackles the same ground and provides an equally ingenious, if somewhat improbable, solution in The Speckled Band. And no one did greedy relatives better than the Queen of Crime, Agatha Christie. Check out Sparkling Cyanide, in which a family fortune inspires poisoned champagne, or Endless Night, a tale of marrying into money, madness, and murder.

What Agatha knew is that Greed doesn’t kill alone but with a gang of Deadly Sin accomplices. Envy starts things off, while Sloth lends a hand, since making legit money ain’t easy! Resentment grows into Wrath, which does the dirty work. And Pride’s always there, egging Greed on with promises that more dosh will lead to the respect, love, and power the killer’s so sure he deserves.

I’m going to leave you with a link to my favorite true crime podcast about familial Greed. It’s a quick listen and involves no deaths, but is chilling. 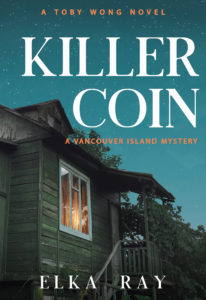 A former journalist and travel writer, Elka Ray writes fiction for children and adults. She is the author of the romantic mystery Hanoi Jane and the noir thriller Saigon Dark. She also has written a collection of short crime and ghost stories set in Southeast Asia What You Don't Know. Elka lives with her family near Hoi An, Vietnam. Her newest book is Divorce is Murder. 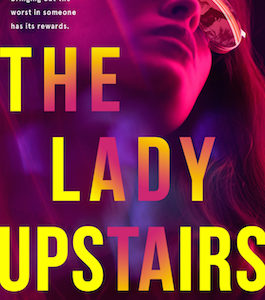 So: the dirty stinking truth. Like Ellen, I used to be a little piggy, oinking for love. There was a man, the usual kind:...
© LitHub
Back to top