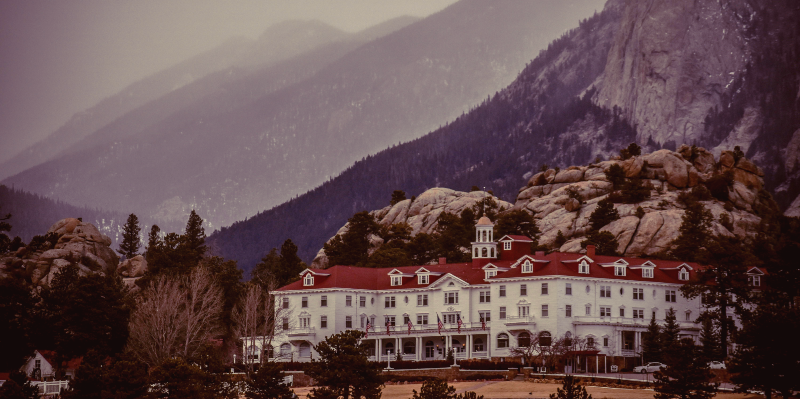 An isolated setting in a psychological thriller can serve as a character in itself, providing an eerie and tense atmosphere even if there is just one narrator on the page. Some of the scariest thrillers are set in isolated places; whether it be a deserted house on a cliff in Cornwall or a hotel in the Swiss Alps in the middle of a snow storm. It plays in to our human fears; of being alone, cut off from society, not being able to reach for help, of being set adrift from the safety of the world. It’s something we can all relate to and helps rachet up the anxiety and stress levels when reading a thriller. The landscape and wide open spaces of a rural setting can evoke danger and unease, a sense of being watched by someone unseen. A place for a killer to hide.

In my new psychological thriller Do Not Disturb I wanted to create that sense of isolation by moving my characters to a guest house in the Welsh mountains, away from everyone they know. Strangers in a small village, where outsiders aren’t trusted. The Welsh mountains, with their stark beauty, were the ideal setting to build that tension, fear and sense of claustrophobia.

Here are five of my favorite psychological thrillers that use isolated locations to create that sense of menace and fear.

Manderley is possibly the most famous of creepy houses and isolated locations; set by the rough, angry seas of the Cornish coast in an old Gothic mansion that belongs to Maxim de Winter and his first wife, Rebecca. After the death of Rebecca, Maxim marries again and brings his new wife (never named in the novel) to Manderley. The second wife rattles around that huge mansion, cut off from her friends and family, her new husband distracted, and her only companion a sinister housekeeper who seems to dislike her from their very first meeting. She has too much time to think and obsess about Maxim’s first wife, Rebecca, the isolation serving to drive her increasingly fearful until the dramatic climax.

In A Dark Dark Wood by Ruth Ware

In this Agatha Christie-esque debut novel by the brilliant Ruth Ware, the main character, Nora, is invited to a hen party with a small group of friends, to a house in the middle of the woods during winter. So far so chilling, but when the snow storm cuts them off from the rest of the world, the sense of isolation ramps up several notches and with it the tension. Especially when strange things start to happen; unexplained footprints in the snow, no reception on their phones. And then somebody is killed. This is a claustrophobic and scary psychological thriller where you don’t know who, out of all the friends, including the main character, to trust. 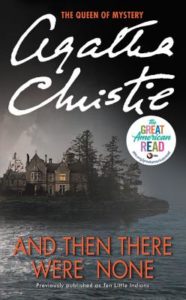 This is one of my all-time favorite thrillers, set in a mansion on a remote island off the coast of Devon. Ten strangers are lured to the rambling house, each for a different reason. They have nothing in common, or so they think, and have been invited there by the enigmatic U N Owen. But when they arrive there is no sign of their host; instead they are greeted by a housekeeper and a cook. Each guest is hiding a guilty secret, and before long the first murder has taken place. The killer is amongst them and won’t stop before they are dead. The remote island creates a claustrophobic and tense atmosphere where you know the victims are trapped with their killer.

I’ve just finished this debut novel and it was one of the most chilling I’ve ever read. It’s an inspired location for a gothic thriller—an imposing hotel high up in the Swiss Alps previously used as a sanatorium for tuberculosis. When an off duty detective, Elin and her boyfriend Will go to visit her brother in the recently converted, swanky new hotel that you can only reach by a funicular railway you can feel the sense of isolation straight away. Especially when, the day after they arrive, a storm causes an avalanche leaving some of the guests and staff stranded at the hotel. Then a woman is found murdered, with an ugly, old-fashioned breathing mask, used when the building was a sanatorium, strapped to her face. Then another person goes missing. The local police are unable to reach the remote hotel so Elin is forced to take charge. Which one of the guests or staff is the killer? 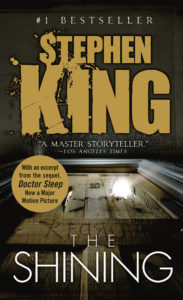 Probably the most well-known of all isolated locations due to the bestselling book being made into a Stanley Kubrick film. This is one very creepy thriller/horror story. It has everything; a boy with psychic ability, a dad who is suffering from his own demons, a cold, empty hotel out of season, a remote and snowy landscape. This is a masterclass in using location as a character in its own right to create tension, horror and suspense. 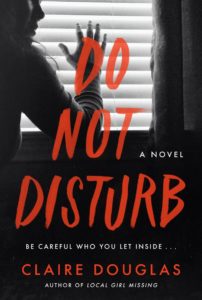 Claire Douglas has worked as a journalist for fifteen years, writing features for women's magazines and newspapers, but she's dreamed of being a novelist since the age of seven. She finally got her wish after winning the Marie Claire Debut Novel Award for her first book, The Sisters, which became a bestseller. Her latest novel, Do Not Disturb, is now available from Harper.

Why Odd Couples and Opposites Make for Great Crime Fiction 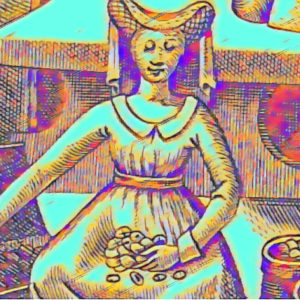 Four motives are typically given for murder, namely Love, Lust, Loathing, and Loot. Researching this, I discovered a 2017...
© LitHub
Back to top