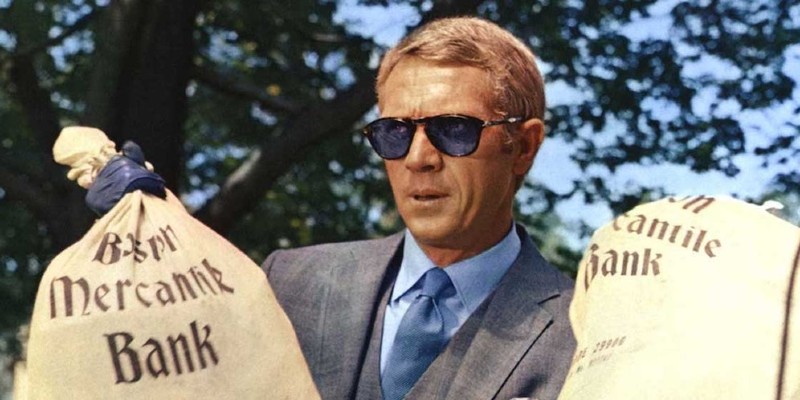 Nice Heists: Movies Where the Big Score Basically Goes According to Plan

In some heist movies, it's all about perfect execution, camaraderie, and the pleasure of working with proper villains.

With most heist films, the pleasure is in watching everything fall apart. No matter how meticulously planned the central heist, something always goes wrong—the passcode to the vault changes, the getaway driver decides to turn rat. Even if our antiheroes escape with the loot, it’s often with a trail of bodies in their wake. If they escape at all, that is.

Fortunately for cinematic criminals everywhere, though, there’s another path: a subgenre of “nice heists,” in which the robbery goes absolutely to plan with a minimum of bloodshed or drama. These movies often hinge on the charm of the heist’s ringleader as they reliably outsmart all opposition, leaving confused cops and a smiling audience in their wake.

Given it’s winter, and the cold darkness is descending upon us once again, perhaps it’s time to shelve (temporarily) those heist films that deal in chaos and dashed hopes and gunfire, and give these charmers a watch (or re-watch): 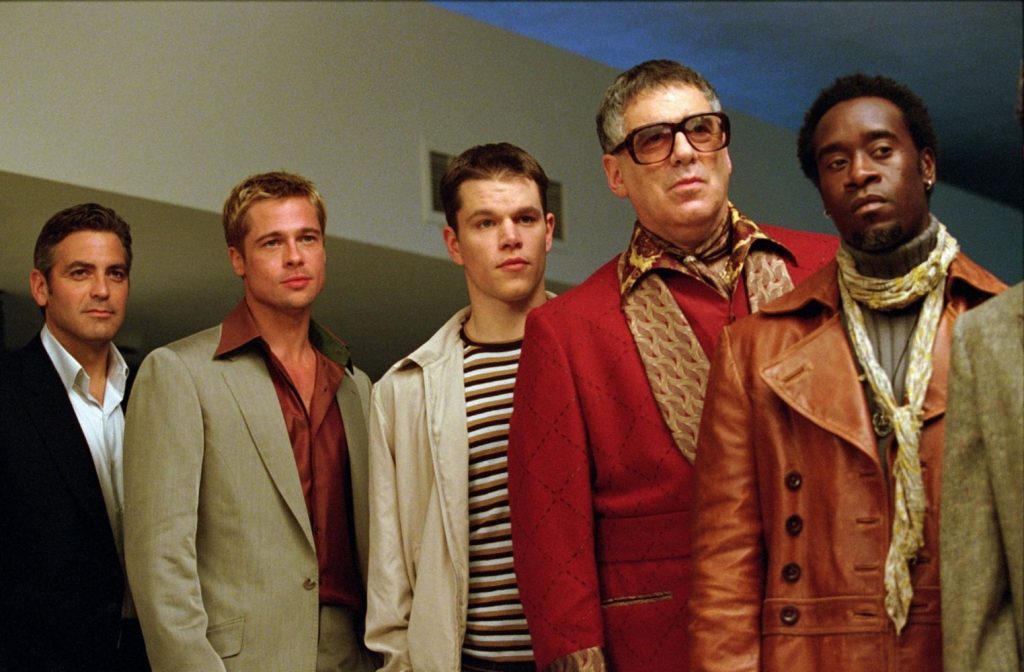 “Ocean’s Eleven” (2001) is like a hustler playing a shell game on a Vegas street corner, keeping up an agreeable patter while doing their best to move faster than your eye. Only in the film’s case, the hustler is the impossibly charming Danny Ocean (George Clooney), who leaves prison with a singular goal: robbing more than $150 million from Sin City casino owner Terry Benedict (Andy Garcia), who’s in a relationship with Tess, Danny’s ex-wife.

To pull off his mega-sized version of a shell game, Danny assembles a crew of impossibly charismatic thieves, including Rusty (Brad Pitt) and Basher Tarr (Don Cheadle). The characters’ stakes are high but the film’s tension is low, because how can this fun crew fail to swipe every penny from Benedict’s enormous vault beneath the Bellagio? The excitement stems from watching them work their way through the casino’s defenses, quipping all the while.

“Ocean’s Eleven” proved a sizable enough hit to yield two sequels, “Ocean’s Twelve” (2004) and “Ocean’s Thirteen” (2007). The plot details in each are different, but the basic template is the same, with the crew pulling off a hilariously convoluted caper with a minimum of bone-crunching violence but plenty of chill humor. Collectively, these movies are the closest the heist genre comes to a hangout film. (The original “Ocean’s Eleven,” which featured the Rat Pack, has a similar easygoing vibe—but a twist at the very end ruins the whole heist, knocking it out of contention for this list.) 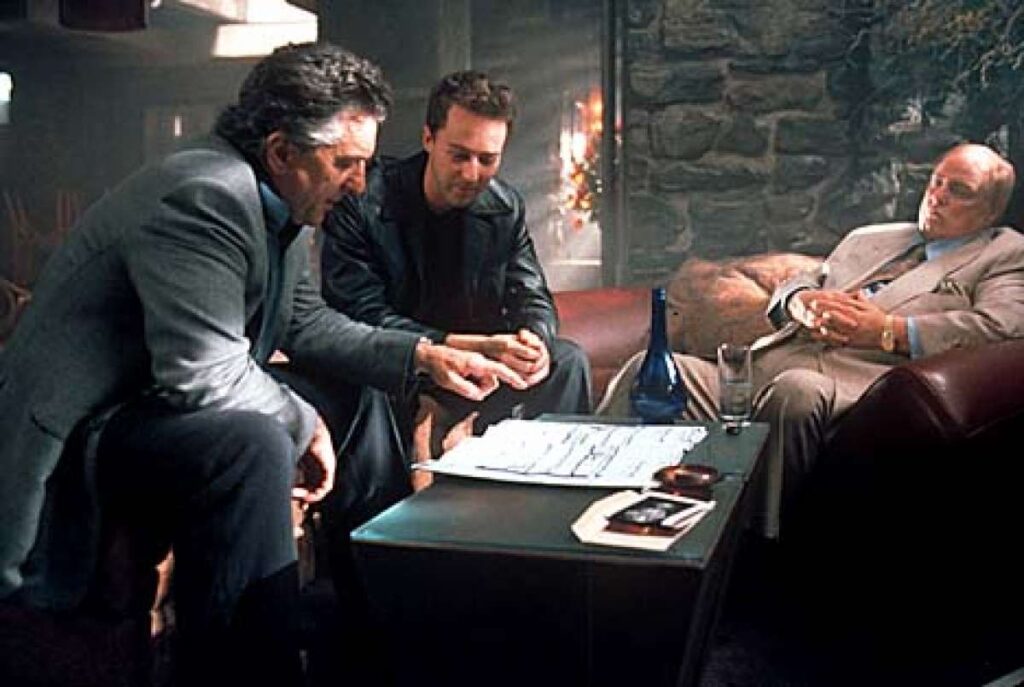 In “The Score” (2001), Robert De Niro plays Nick Wells, a Montreal nightclub owner who moonlights as a safecracker. Or is he a safecracker moonlighting as a nightclub owner? In any case, Wells is cajoled by his cheerfully eccentric fence, Max (Marlon Brando, in his last role), into “liberating” a jeweled scepter from the Montreal Customs House. Along for the ride is Jack (Edward Norton), a young punk who thinks he’s the smartest criminal in any room.

Given De Niro’s history of playing murderous characters, you’d be forgiven for thinking “The Score” ends in blood. And certainly the cracking of the Customs House’s ultra-secure safe comes with its share of complications, including an inevitable double-cross in the third act. But some bruised feelings (and a potential arrest) aside, nobody’s seriously injured or killed, and you realize in the final moments that Nick was four steps ahead of everyone else the whole time. While it’s not the cuddliest heist film you’ll ever watch, it’s practically “Sesame Street” compared to the other crime flicks in De Niro’s filmography. 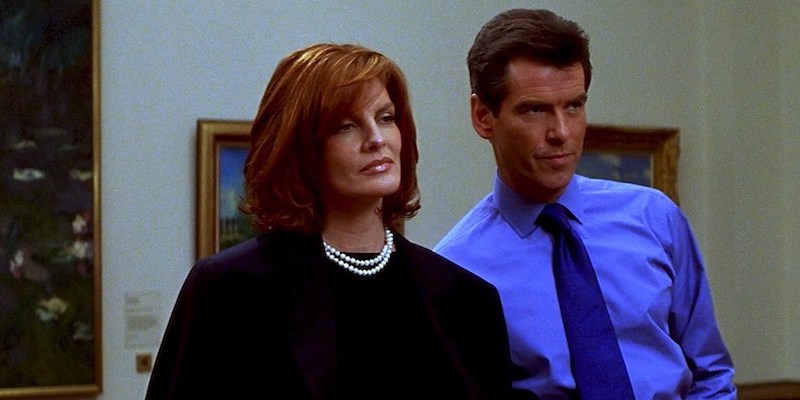 There’s something about a bored millionaire committing a plain ol’ robbery that seems a tad quaint these days—why would they go through all the toil and trouble of stealing an object worth millions when they could spin up a shady company, pump some stock, and make billions? But such questions aside, both versions of “The Thomas Crown Affair” (the 1968 original with Steve McQueen and the 1999 remake with Pierce Brosnan) position their high-stakes heists as games for their incredibly suave, impossibly rich antiheroes.

The original film coasts largely on McQueen’s charisma and some nifty split-screen cinematography; contemporary audiences may find it a tad dated. The Brosnan version is far less violent (art heists substitute for the original’s bank robbery) and piles on the twists. In neither version do you seriously think Crown is going to arrive at a terrible end, or that his clever plot won’t succeed in some way. Since when do the ultra-ultra-rich face real consequences for their actions? 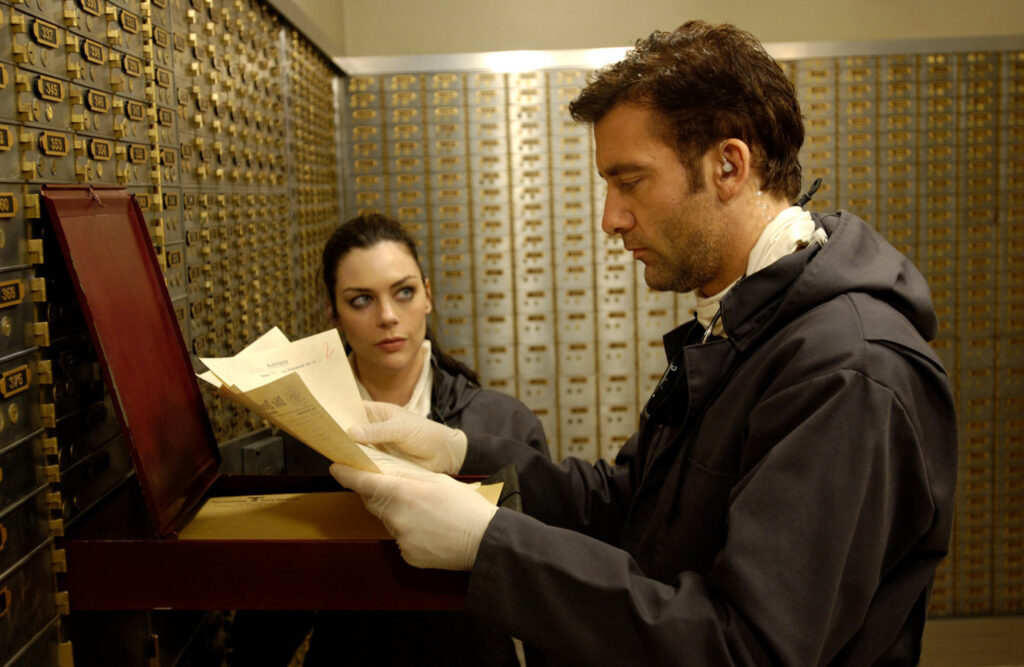 “Inside Man” (2006) wants you to think that everything ends in tears. Spike Lee’s masterful spin at genre filmmaking begins with Dalton Russell (Clive Owen) narrating his story from what we assume is the inside of a prison cell. In flashback, we see Russell, accompanied by a band of masked robbers, take the employees hostage in a Manhattan bank. Detective Keith Frazier (Denzel Washington, enviably suave) tries to negotiate with Russell, but tensions are high and things seem to tip out of control as the hours tick past.

Emphasis on the word “seem,” because like many “nice heist” films, there’s deliberate misdirection that provides the bulk of the thrills. We think we’re watching a bank robbery veer into mayhem and bloodshed, but we’re really witnesses to master tactician moving all the pieces on his real-life chessboard. As it turns out, Russell isn’t in a prison at all, and with the exception of one brutal beat-down dispensed to a bank employee, almost everyone seems to emerge from the robbery happier, or at least with a good story to tell. 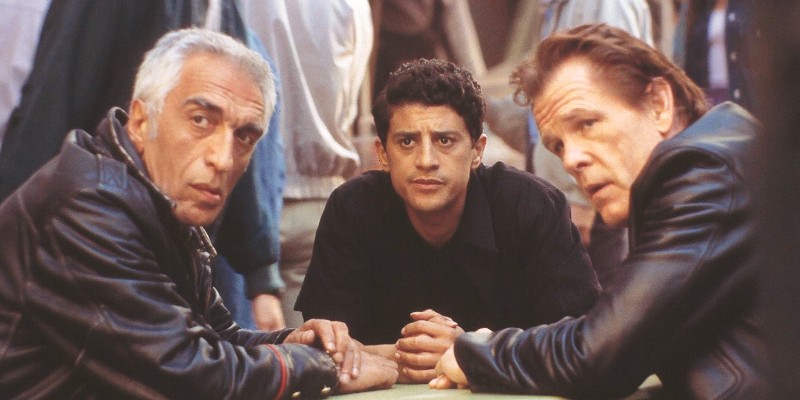 At first glance, Neil Jordan’s “The Good Thief” (2002) doesn’t quite align with the other movies on this list. A murder in the second act inserts a dark note into the proceedings, and nothing about the climactic heist seems to go well. And yet… everything still works out splendidly in the end, with Bob (Nick Nolte) and his ruffian crew walking off into a new dawn with millions of Euros. What could have started out as a movie about a criminal’s last spiral turns into an upbeat tale of second chances, good luck, and camaraderie even between hardboiled cops and louche robbers. 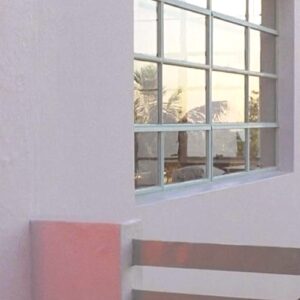 I have long believed that Thanksgiving is the most boring holiday. Christmas, Halloween, and New Year’s all have a competitive...
© LitHub
Back to top