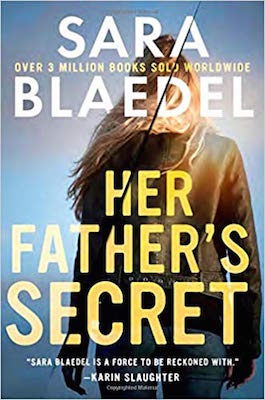 The following is an exclusive excerpt from Her Father’s Secret, the newest addition to Sara Blaedel’s The Family Secrets series, featuring Ilka Jensen, whose sudden inheritance of her father’s funeral home in rural Wisconsin threatens to unearth deeply buried family secrets.

After lunch they sat down in the office. Ilka had made coffee and tea and set a bowl of small chocolates on the table, along with a large notepad. “Forget about me,” she said. “This is about finding the best way I can help you two, because my decision is definitely going to change your plans for the future.”

Sister Eileen stared out the window. Not demonstratively as she sometimes did when Ilka spoke. This time she looked resigned. Which was exactly how Ilka felt. She was ashamed of herself for giving up, but there was nothing to do about it. Besides, she barely knew these people, and it wasn’t her fault their futures were threatened.

And yet . . . maybe it really was her fault. If only the memories of a father who’d abandoned her hadn’t been so disruptive when she’d arrived in Racine, if only she’d kept her head and trusted Artie Sorvino to do what was best for the funeral home and her by selling it to Golden Slumbers, none of them would be in this mess. She’d been thinking about that since she watched Artie drive off with the coffin. She’d reached rock bottom and dragged them down with her. Now she had to find out what she could save. For their sakes.

“I’ve called the American Funeral Group, and they’ve agreed to meet with me today. But before I talk to them, I need to know everything we want included in a contract.”

Neither of them spoke, so she turned to Artie. “Are you still interested in taking over the house? I can say that’s part of the agreement, that you do the embalming and reconstruction work for them. So you’ll have work, but as a freelancer.”

“It would be great if you can get that into the contract. I’d hate to not have a job when they take over.”

Ilka thought of his house out by Lake Michigan. It couldn’t be cheap. “Then that will be a condition.”

She turned to the nun. “How about you, would you like me to see if they’ll keep you on, move you over to their offices, or . . . ”

Article continues after advertisement
She’d been thinking about that since she watched Artie drive off with the coffin. She’d reached rock bottom and dragged them down with her. Now she had to find out what she could save. For their sakes.

Finally the nun turned to her. “Don’t think about me, I’m not an employee.”

“Of course I’m thinking about you; you live here, you’re part of the business. Or I can also make it a condition that you continue living in your apartment.”

She had no idea about the rules the nuns had regarding their volunteer work. She didn’t even know if Sister Eileen wanted to stay, now that her father was gone. A lot of the time she didn’t seem to want to be here. Or maybe she just didn’t want to be around Ilka.

“Just let me know when they take over, and I’ll be out by then.”

Artie had lit a cigarette without her noticing. She was about to say something, but if they were all on their way out anyway, what difference did it make if he smoked inside?

“I’d really like you to stay,” he said, blowing smoke to the side as he looked at Sister Eileen. “’Course we don’t know if I’ll get any work, but if I do I need someone to run the office.” Her father had always taken good care of Sister Eileen, Artie had told her. Now she felt guilty, as if she wasn’t living up to her obligations, but she didn’t see what more she could do. “I’ll tell them you have to stay in the apartment.”

“But what about you?” Artie asked. “You have any idea how much you need to get out of debt?”

Ilka nodded. Apart from the $60,000 Artie had chipped in to pay back taxes, which could be seen as a down payment on the house, she owed just under $240,000. Surely that wasn’t an unreasonable amount for them to pay, though in fact she had no idea what the funeral home was worth. The deal with Golden Slumbers she had scuttled included them taking over her father’s customers and the large bank account consisting of payments for prepaid funerals. Though money was freed up only after a funeral was held, it did represent significant value. Or at least that’s what she kept telling herself. It might not be cash right here and now, but it was guaranteed revenue. Luckily the account was inaccessible, which meant the money hadn’t disappeared into the hole her father had dug.

Ilka had been shocked to learn how expensive funerals were in the United States, often twice or three times as much as in Denmark. No wonder people made arrangements—so their children and grandchildren wouldn’t have to go into debt. And yet it seemed a bit morbid to her that so many young Americans paid into burial accounts.

“Surely they’re interested in taking over the prepaid funerals,” she said. “It’s money in their pockets.”

“Not unless some of the people who have paid do in fact die,” Sister Eileen said.

Ilka studied her a moment before standing up. “I have to be there in twenty minutes, and I need to change.”

She probably should have asked their advice before contacting the funeral home chain, but she’d hit the wall. And she was the one heavily in debt, not them; no matter how much she wanted to help them, she had to think of her own situation. Which was what kept stirring in the back of her head. If she couldn’t sell the funeral home, her future back home in Denmark was a big question mark, because her photography business was rapidly going down the drain.

She stopped at the door and turned to them. “I wish we could go out and celebrate when I get back, but I can’t even afford a full tank of gas. So you’ll have to wait until everything’s taken care of.”

That wasn’t entirely true; she did have sixty-eight dollars. But that was it. She had no more money, anywhere.

Sister Eileen didn’t look all that disappointed as she stood up. “I truly hope you know what you’re doing.” She left the room.

“Don’t you think it’s better I do this?” Artie said. “It didn’t turn out so great the last time you locked horns with them.”

Ilka shook her head. He was right, though; her last meeting with the American Funeral Group had not been a success, to put it mildly. At the time, Ilka thought she’d already had the business sold, and she’d been less than hospitable when two men showed up and practically bullied their way into the funeral home. Finally, Ilka got so mad that she almost shoved them out the door.

Fortunately, the episode hadn’t been mentioned when she called them before lunch to set up a meeting. And they asked her to come that very day—a good sign, she thought.

From HER FATHER’S SECRET. Used with the permission of the publisher, Grand Central. Copyright © 2019 by Sara Blaedel. 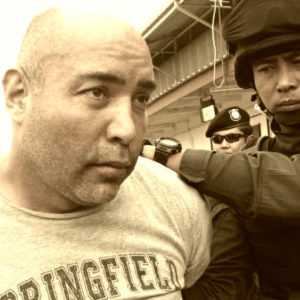