When Life Spirals Out Of Control, Turn to a Novel

Crime fiction has a long tradition of characters who live with addictions, sometimes in control, sometimes under the control of problematic substances or behaviors. It’s an accepted feature of detective novels, that the protagonist should be fighting his or her own personal battles in tandem with solving the crimes, and series lend themselves particularly well to the development of this narrative arc, allowing for a proper exploration of the effects of the addictions and the consequences they have, but with a potential for redemption. This process is played out particularly well in Lawrence Block’s “Matt Scudder,” Ian Rankin’s “John Rebus,” Abir Mukherjee’s “Sam Wyndham” and Charlotte Carter’s “Nanette Hayes,” to name but a few.

In a standalone novel, however, the snapshot of time encompasses the moment at which the protagonist is losing control of their obsessions, with life-changing consequences. That’s certainly the case for my novel, Blood Orange, in which the narrator Alison is jeopardizing her ostensibly happy family life by drinking too much and carrying on a reckless affair with a colleague. Of course, it being a crime novel, not everything is as it seems, but the question that dominates the narrative is whether she will be able to bring the situation back under her control, or whether it’s going to spiral away from her entirely. It’s a rich fictional vein to explore. 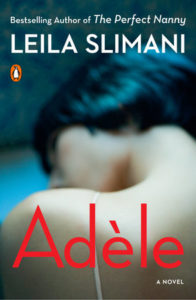 The tradition of bored housewives seeking external entertainment started with Madame Bovary and Anna Karenina, and it’s taken on by Slimani to a brutal extreme in the sex-addicted character Adele who, as Slimani explains in a recent interview, “loses herself in this crazy quest trying to find this perfect moment, this perfect orgasm, this perfect sex scene to fill the void, but at the end it’s impossible.” 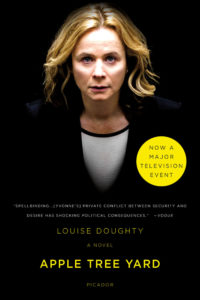 Yvonne Carmichael is a scientist who becomes caught up in a risky extra-marital affair with a man she meets at the Houses of Parliament. The chain of events started in a broom cupboard ends up with both of them standing trial for murder at the Old Bailey. 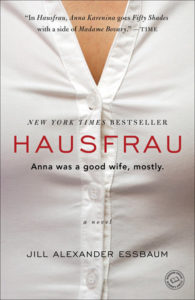 Anna Benz is a bored, depressed American housewife, living in Switzerland with her banker husband and her children. She also embarks on a series of affairs, as her life spirals away from her with a grim inevitability. As she discovers, “the problem wasn’t that her bucket was full, the problem was that it was full. So full it overbrimmed. So full and so heavy. Anna wasn’t strong enough to carry it.” 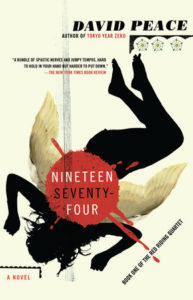 Eddie Dunford, North of England Crime Correspondent, is sent to cover a child murder and descends into a world of violence, sexual obsession and corruption, culminating in a mass shooting in a police bar.

Also a reporter, Camille Preaker returns to her home town to investigate cases of child murder. As Flynn herself describes her, she’s “a narrator who drinks too much, screws too much, and has a long history of slicing words into herself.” 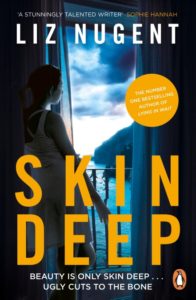 It opens with Cordelia Russell trying to blag drinks at a party, a corpse cooling at home on her apartment floor, and takes her from her damaged childhood through the series of events that lead to the murder, and beyond. 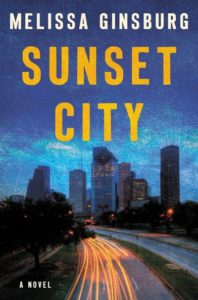 When Charlotte Ford’s oldest friend is bludgeoned to death, she heads into the underbelly of Houston to discover what she can of her friend’s past, falling herself into self-destructive patterns of drugs, alcohol and dodgy sex.

HARRIET TYCE grew up in Edinburgh. She studied English at Oxford University and Law at City University before working as a criminal barrister for nearly a decade. She lives in London. Blood Orange was her debut novel. Her new novel, The Lies You Told is now available from Grand Central Publishing. 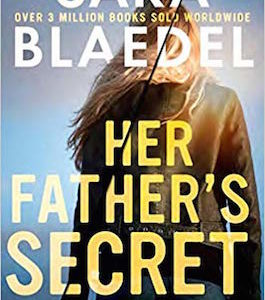 After lunch they sat down in the office. Ilka had made coffee and tea and set a bowl of small chocolates on the table, along...
© LitHub
Back to top