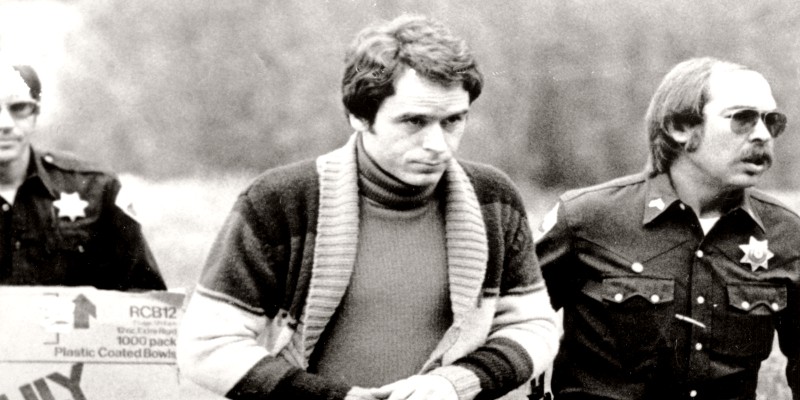 What did Ted Bundy and Bernie Madoff have in common? They knew how to keep up an appearance.

There is a widespread misconception that the heroes and villains in life will be marked clearly for all to see; to easily distinguish who we should listen to and who is trying to con us. Media doesn’t help. Just look at superhero films. Captain America and Iron Man wear bright colors, have their identities known to everyone, and are always around to protect innocents despite sometimes causing massive destruction themselves. The villains they fight, on the other hand, are what we’d expect from the truly evil and vile. The Red Skull is a literal Nazi with an almost comical skull for a face. Thanos was a massive purple alien who thought the only way to save the world was to kill off half of it. Neither Red Skull nor Thanos would ever be mistaken for heroes. But, sadly, real life isn’t as clear cut as that. More often than not, some of the most despicable criminals use public perception and their privilege to twist others into getting what they want.

Take Ted Bundy. Ted Bundy was for all intents and purposes a rather charming white man who had grown up in a nice neighborhood outside of Tacoma, WA, whom his classmates described as well liked. He had a few misadventures as a kid, but most of it was either expunged from his record when he turned 18 or was dismissed as being a rebellious youth. After graduating high school, he spent a few years finding his way before eventually deciding to go to school to pursue a law degree. And while trying to get his degree, he also killed—from just the cases he admitted to—at least 30 women. The police believe the real number could be much larger. Ted Bundy is the perfect example of someone who used public perception—taking advantage of his gender, race, and overall appearance—to commit crimes that were “extremely wicked, shockingly evil, vile, and the product of design to inflict a high degree of pain.”

On November 8, 1974, Ted Bundy disguised himself as an officer of the Murray Police Department and tried to kidnap 18-year-old Carol DaRonch after telling her that her car had been broken into and she needed to make a complaint at the local police station. She able to escape and avoid a much more tragic fate only due to her realization that they were going the wrong way once she got into his car and her luck that Bundy happened to handcuff both cuffs to the same wrist after their initial struggle. And the craziest thing about this method was that Ted Bundy used it a lot. Often—from what we know about his other victims—Bundy posed as authority figures to lure his victims away and then kill them. He used his appearance—which some sources called handsome while others called easily changeable—to get people to trust him. And then ultimately kill them when they were vulnerable.

But posing as a police officer isn’t the only thing Ted Bundy did to challenge public perception and continue to weave the narrative that he was a respectable human being. In 1971, Ted Bundy worked at Seattle’s Suicide Hotline Crisis Center. During that time, he worked alongside former Seattle Police officer Ann Rule, who described him as “kind, solicitous, and empathetic.” After his capture and eventual execution, we know now that Ted Bundy was likely unable to feel empathy. He couldn’t admit responsibility for his actions, let alone put others ahead of himself. Everything he did was to better allow him opportunities to commit crimes and hide in plain sight. It’s why he had a long term girlfriend and why he eventually married someone in the middle of his trial.

It’s clear that if Ted Bundy didn’t appear the way he did, he wouldn’t have been able to avoid justice for so long. And even after he was arrested, he got a weird amount of (somewhat impossible to understand) sympathy from people ranging from random women to the judge who eventually sentenced to him for death. His charm was seemingly undeniable, and even despite seeing all of the evidence of the horrendous crimes Bundy committed, the judge still closed his sentencing with, “You’re a bright young man. You’d have made a good lawyer, and I would have loved to have you practice in front of me, but you went another way, partner. I don’t feel any animosity toward you. I want you to know that. Take care of yourself.”

Does someone who committed monstrous crimes deserve any parting sympathy? Would he have gotten it if he didn’t look the way he did or continue to maintain some semblance of normality? Likely not. Ted Bundy lived in the light—seeming perfectly normal at times—so he could commit crimes in the darkness.

But criminals using public perception aren’t just limited to those who commit murder or other violent crimes. Perception is also used to influence the public into believing someone may be more skilled or resourceful than they truly are. Which is exactly what Bernie Madoff did from roughly 1991 to 2008 before his eventual arrest, defunding about 4800 clients of roughly $64.8 billion.

Whereas Ted Bundy used his appearance and charisma to commit crimes, Bernie Madoff used his privilege and wealth, fraudulently obtained, to create holes in the justice system that he then exploited. Initially, Bernie Madoff’s business was legitimate. He started off with a few head starts that others may not have access to—including a $50,000 loan from his father-in-law—but his firm did help develop groundbreaking financial systems. Like the innovative computer technology that eventually led to the creation of NASDAQ. But at the same time, it could be seen that Bernie was always skirting on the edge of legality since he was a prominent advocate and user of ‘payment for order flow’ which had been called a ‘legal kickback’.

Bernie’s true crimes didn’t start until he began lying about investing money in the stock market when he was just putting it into his own account. From there, he would create fraudulent investment records, pay his investors with other people’s money, and eventually create one of the biggest Ponzi schemes of all time. The most horrendous thing about his crimes was it was so obvious to certain people that the numbers didn’t make sense and couldn’t make sense, but no one would listen. One person, Harry Markopolos, spent ten years trying to expose what Bernie was doing and was sidetracked at every opportunity. And this wasn’t just the United States that failed to notice it was all fraudulent. The Central Bank of Ireland didn’t notice the discrepancies either. It was almost as if they didn’t care what he did—he was too big not to be real.

The only reason Bernie’s Ponzi scheme eventually failed was because he ran out of money to pay people back, saw the ship beginning to sink in front of him, and told his sons—who worked for him—what the company was doing. They turned him into the SEC soon after. It’s hard to say whether he would have been committed without that final nail in the coffin or whether he would have found a way out and his fraudulent business would still be operating.

It would be nice if it were easy to spot criminals. If there was a criminal guild like the ones in fantasy stories, or they were all as obvious as a superhero villain. But none of that is the case in real life. Sometimes, criminals seek positions of power in order to get away with what others couldn’t. Some twist the rules to benefit themselves and hide their true intentions. Some wear a mask and commit crimes when no one is looking. Some use their privilege, money, power, and charisma to keep up appearances for as long as they can. Because if there’s anything to be learned from criminals who operate in the light, they’re persistent about remaining the good guy until the very bitter end. 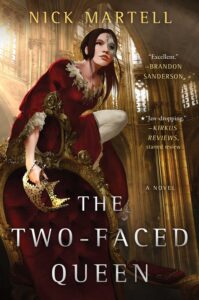 Nick Martell is the author of The Kingdom of Liars and The Two-Faced Queen. 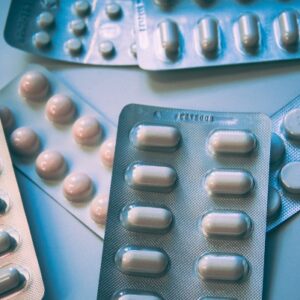 Anti-heroes are the assholes of literature. But they serve a purpose: they teach us something about morality, about nobility,...
© LitHub
Back to top