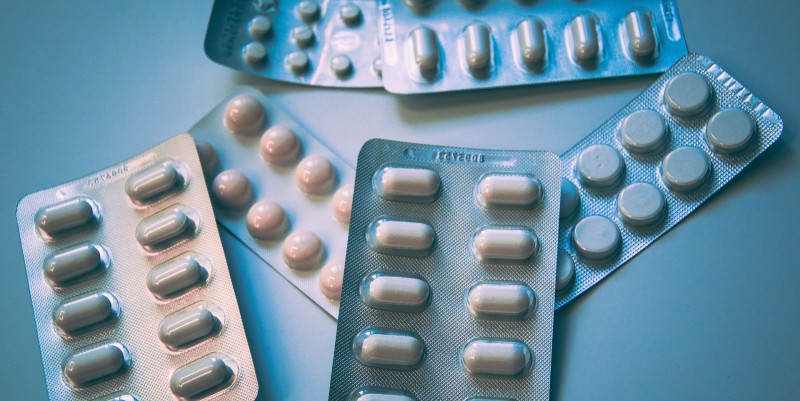 "The opioid epidemic is a web that has been carefully created and meticulously woven by healthcare professionals, pharmaceutical companies, politicians, lawmakers and legislators."

Anti-heroes are the assholes of literature. But they serve a purpose: they teach us something about morality, about nobility, about the line between right and wrong, good and bad. They challenge our own moral compass and get us to think: “What would I do? How would I act? How can I do better?”

In my thriller, Do No Harm, my protagonist, Dr. Emma Sweeney, isn’t your traditional anti-hero. She isn’t cool or a bad ass. She isn’t a maverick or some sort of epic mess up. She is no Walter White, cooking up meth and breaking the law with style. She’s just a mom who wants to save her son’s life. And she’s willing to take the law into her own hands to accomplish this goal.

She starts selling opioids to fund the life-saving treatment her son needs after he’s diagnosed with a rare form of leukemia. As a doctor, she has easy access to prescription pads, and as the wife of the town’s lead detective, no one would ever suspect she’s behind the rash of opioid overdoses that begin to plague the community.

Writing my doctor as an anti-hero working amidst the backdrop of the opioid epidemic was intentional. Because, while the pharmaceutical industry certainly carries the greatest burden of responsibility, there are others who are often overlooked when placing blame for this crisis.

Rogue doctors wrote prescriptions for opioids, which were filled by complicit pharmacists. Internet pharmacies, supplied by drug distribution companies, eliminated the need to even see a doctor for a script, and then pain management clinics popped up on street corners across America, making it easier than ever to access opioids. From manufacturers to distributors, politicians, pharmacists, advertising firms, consultant corporations that helped turbocharge opioid sales, to doctors all too ready to write a script, there is a lot of blame to go around.

So who are the real criminals in the opioid epidemic?

America is a pill-popping nation. We have a culture that has been carefully crafted by pharmaceutical companies that a pill—any pill—will provide relief, as long as the advertisement we watched told us so. In fact, this marketing strategy has been so effective, that our expectations for relief from a pill are higher than people living in other countries.

We believe that if we go to a doctor for pain, they should fix it. That’s their job. And healthcare being a private industry, doctors benefit financially by increasing the volume of patients they see, as well as the satisfaction their patients report. This satisfaction gives them a competitive advantage, which can incentivize the over-prescription of pain medication.

Doctors address pain by writing prescriptions for more pills instead of referring patients to more expensive options like physical therapy. And since health insurance is costly and limited, covering pain medication but not pain management approaches, and doctors are allowed to accept gifts from drug companies, a pill seems the perfect choice. When the financial incentive is there to prescribe more, plus doctors have been convinced by research (however skewed or limited), it’s easy to convince them that prescribing more pain relief is the compassionate thing to do.

Before America’s current epidemic, opioids were only prescribed for short-term uses, like terminal cancer or immediately after surgery. But in the 1980s and 1990s, that began to change. A letter from a medical doctor to the editor of the New England Journal of Medicine in 1980 reported that of 11,882 hospitalized people who were prescribed opioids, only four became addicted. There was no evidence provided to back up this claim. A few years later, a study on just 38 people advocated using opioids to treat pain unrelated to cancer. This was the start of a changing perception in American society; a perception that opioids were not addictive when used to treat pain.

And then came the introduction of a new opioid-based product: OxyContin, a slow-release form of oxycodone. Purdue Pharma claimed it was less likely to result in addiction while lobbying lawmakers, sponsoring medical education courses and aggressively marketing directly to doctors. Reassured, doctors began increasingly prescribing opioid-based painkillers. Between 2006 and 2014, more than 100 billion doses of oxycodone and hydrocodone were distributed around America.

Unfortunately, it didn’t stop there. In April 2016, Congress passed a law weakening the Drug Enforcement Administration’s ability to go after drug distribution companies that were supplying healthcare professionals who sold narcotics on the black market. The pharmaceutical industry had poured over a million dollars into lobbying members of Congress to protect their interests. And they won.

In Do No Harm, Dr. Emma Sweeney’s fictional town Skamania is gripped by the opioid epidemic, much like our real-life country. She has no trouble finding clients who need the opioids she provides, and she quickly goes about setting up an opioid ring, writing fraudulent prescriptions and selling pills to save the money she needs for her son’s life-saving treatment.

But while she’s trying to save her son’s life, she is dragged into the dark world of drugs, lies and murder. And when somebody ends up dead, her husband, the town’s head detective, leads the case, setting up a game of cat and mouse, with their son’s life at the center.

Emma convinces herself she’s not only saving her son’s life, but that providing opioids to people who need them in order to survive is an act of compassion. There are many in chronic pain who genuinely need opioids to live their life and have difficulty accessing these drugs for their debilitating pain. Many turn to the streets for the drugs they need. To heroin. To fentanyl. Emma sees this on a daily basis, and it feeds her justification for what she’s doing.

In writing my protagonist as an anti-hero, I wanted to show that the system is broken. There is no one criminal in the opioid epidemic, but an institutional and societal culture and a web of corporate influence that willingly embraced and promoted pill use rather than providing access to treatment and prevention efforts. And until that system is fixed, there are opportunists who do, and will continue to, use the opioid epidemic for personal gain.

Do No Harm features a strong anti-hero with a compelling motive, but hopefully it also teaches readers something about morality and inspires us to challenge and reconfigure our own moral compass. How did we get here in the first place? How can we do better as a society, and as individuals? We must look backward at the meticulously woven web of greed and influence, as well as look forward to how we can do better. 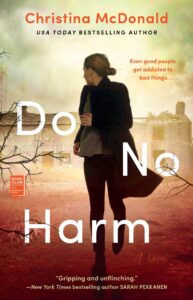 Christina McDonald is the USA Today bestselling author of The Night Olivia Fell (Simon & Schuster/Gallery Books), which has been optioned for television by a major Hollywood studio. Behind Every Lie, is out Feb 2020. Her latest novel, Do No Harm, is now available. Her writing has been featured in The Sunday Times, Dublin, USAToday.com, and Expedia. Originally from Seattle, WA, she has an MA in Journalism from the National University of Ireland Galway, and now lives in London, England with her husband, two sons, and their dog, Tango. 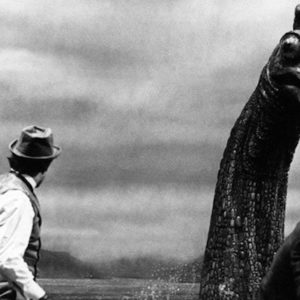 I just wanted to remind you all of the time, in 2016, when a Norwegian organization called Kongsberg Maritime sent a high-tech...
© LitHub
Back to top