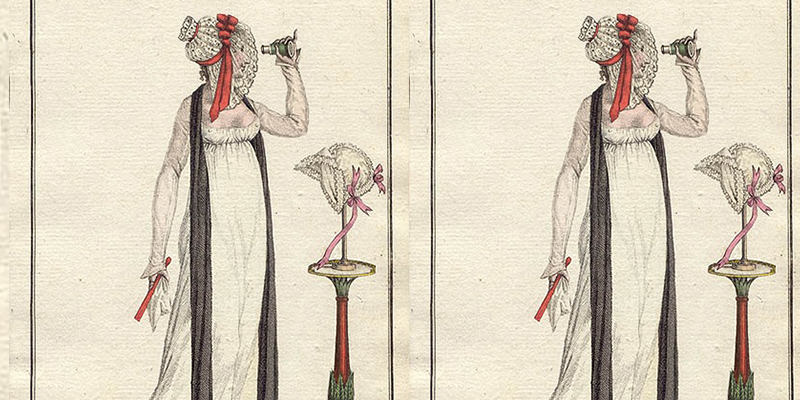 A historical mystery writer considers intrigue, patent wars, and corporate espionage at the dawn of the Industrial Revolution.

Patents, start-ups, intellectual property rights—skullduggery over technology innovations and cutting-edge ideas may strike most of us as a modern-day development of nerdy entrepreneurs and savvy hedge fund investors. But in reality, Regency England—where groundbreaking advances in a variety of scientific fields got the Industrial Revolution cranking into high gear—was also a hotbed of intrigue and high stakes wheeling and dealing, as inventors competed for both fortune and fame.

A prime example was the steam engine, the workhorse machine on which a whole new range of modern industries were built. In 1712, Thomas Newcomen patented the first commercially successful steam-powered engine, a rather primitive, low-power model that was using in mining. However, it was James Watt who revolutionized the machine’s design at the end of the century—and set off the modern patent wars!

Watt’s brilliant concept involved adding a condenser to the basic Newcomen machine, which greatly increased its power. But to prove that it worked, he needed venture capital. He found a partner in Matthew Boulton, an English manufacturer, and after starting up a business together, he was able to build and patent his invention. It was easily added to a Newcomen Engine, which meant people didn’t have to buy a completely new engine—they simply had to buy the part from Bouton and Watt—and only them because they possessed the patent. (The company also began to manufacture their own complete engines.)

Newcomen fought a bitter legal battle against Watt, claiming one couldn’t patent an improvement to an existing machine, but Watt won in court, setting a milestone precedent in patent law. In many ways, the decision was a catalyst for innovation, as inventors were encouraged to tinker with existing machines as they could profit from any notable improvement. But of course, as new ideas flourished—especially in transportation and manufacturing, to name just a few—the competition between inventors to be the first one to patent an idea became cutthroat.

Firearms also ignited fierce battles over new innovations. In 1807, Alexander Forsyth received a patent for a gunlock utilizing fulminates for ignition. Not willing to be left behind in the smoke, several of London’s preeminent gunsmiths, including Joseph Manton and Joseph Egg, responded by designing own systems. Forsyth took them to court for patent infringement and won a number of his cases—a pyrrhic victory of sorts as it sparked the other men to make their own improvements to gunsmithing—including the percussion cap technology, which was the precursor to the modern bullet. (All of which goes to show that the arms race is also nothing new!)

Another notable invention during the Regency era was the tin can, that iconic staple of food preservation, which was patented in 1810 by a merchant named Peter Durand. It turned out he had no interest in making a business out of it and sold the patent to two other Englishmen for £1,000. (One would assume that wasn’t a terribly wise economic decision.) And then there was Josiah Wedgwood, whose distinctive blue and white Jasperware and creamware pottery had become all the rage in England in the years leading up to the Regency era. Wedgwood refused to patent his designs, saying that people were welcome to copy him because he believed the public would recognize that his products were far superior. (The fact that Wedgwood was an absolute genius at marketing and pioneered many modern-day methods, including door-to-door sales, celebrity endorsements, illustrated catalogues, and buy-one, get-one-free, is a whole other story.)

The idea of patents began long before the Regency era. King Henry VI granted the first “letter patent” in 1449 to a glazier for his special formula for making colored glass. It took another hundred years for the second one, again for a glass-making technique.

Then, in 1598, Queen Elizabeth issued a patent to Edward Darcy, one of her courtiers, for a monopoly on the import and sale of playing cards. Darcy then sued a merchant who was doing the same thing. The defendant in turn challenged the patent in court by right of common law. The crux of the merchant’s defense was that the Crown couldn’t grant a patent merely for the personal gain of an individual. Only an idea that created some actual improvement to the making of playing cards could be protected. In other words, a patent was for some new invention or unique innovation, not merely for commerce.

Darcy’s patent was thrown out by the court and in 1623 an Act was drafted to clarify the rules of patent grants. Known as the Statute on Monopolies, it served as the basis of patent laws during the early 1800s.

But by the late 1660s, one other key concept had come into play, based on the ideas of the philosopher John Locke concerning property, labor and the accumulation of wealth. Locke believed the concept of property rights was derived from man’s labor. In other words, a farmer possessed the right to his harvest not because he owned the land but because by the sweat of his brow, he had created the crops.

And so, in another landmark decision, the Copyright Law was passed in 1710, which was, in a sense, a complement to the Statue of Monopolies. In a nutshell, it said that in addition to hard goods, ideas were property too, and could be protected by law. And in 1735, the Engravers Act was passed, which protected the visual work of artists.

I’ve used scientific innovation and patents as core elements in my Regency-set Wrexford & Sloane historical mystery series. After all, the lure of money and fame can motivate many a crime . . . as my hero explains to a Bow Street Runner as they investigate the murder of a brilliant inventor and the theft of his technical drawings for new innovation:

The lamplight flickered as a draft stirred the smoke-filled air. Wrexford set his elbows on the table and leaned in a little closer. “For example, imagine an invention that makes steam engines more powerful. All manufacturers of engines will want to add it to their products because everyone who owns a steam engine will want the latest model. And they will have to pay for the right to use the inventor’s patent.”

The Runner was now sitting up straight. “Every steam engine in the country?” he mused. “That would be—” 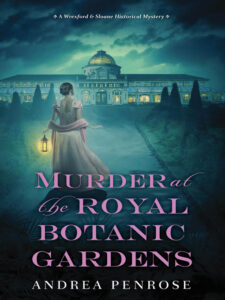 Andrea Penrose is the bestselling author of Regency-era historical fiction, including the acclaimed Wrexford & Sloane mystery series, as well as Regency romances written under the names Cara Elliott and Andrea Pickens. Published internationally in ten languages, she is a three-time RITA Award finalist and the recipient of numerous writing awards, including two Daphne Du Maurier Awards for Historical Mystery and two Gold Leaf Awards. A graduate of Yale University with a B.A. in Art and an M.F.A. in Graphic Design, Andrea fell in love with Regency England after reading Pride and Prejudice. She lives in Connecticut and blogs with a community of historical fiction authors at WordWenches.com. She also can be found at AndreaPenrose.com and on Instagram @AndreaPenroseBooks.

Tony Hillerman and the Invention of Jim Chee 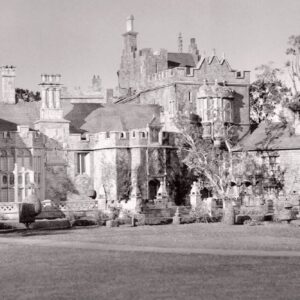 I spent many hours as a child, sitting with my grandmother on her couch, watching black-and-white films from the days of classic...
© LitHub
Back to top