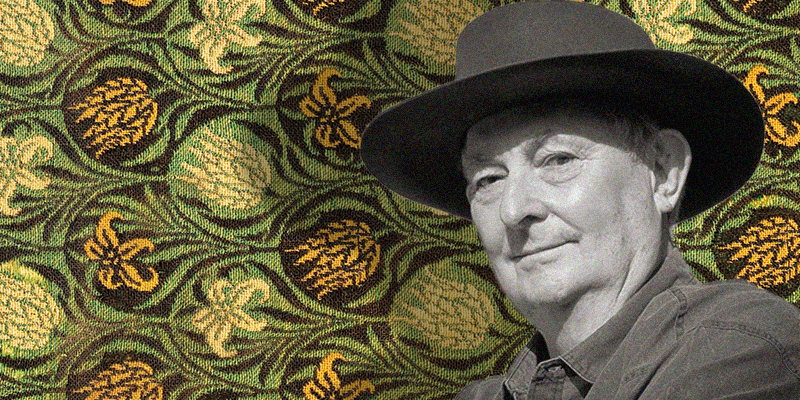 Tony Hillerman and the Invention of Jim Chee

By spring of 1978, Hillerman was about 60 percent done with what he was calling People of Darkness, telling the Albuquerque Journal that it would again feature Joe Leaphorn. The draft began in Miami, Florida, far from the dry, desolate landscape of his previous novels. Contract killer Alfonso Silk is getting his shoes shined without exchanging a word with the man at his feet. Vigilant and hyper-careful, Silk receives no mail or telephone calls at his apartment, nor any visitors except for the occasional call girl. On a pay phone at a Rexall Drugstore, Silk is instructed by someone identified as “Major” to kill a Navajo with a bomb. Except for this one reference to the target’s ethnicity, readers might rightfully think they had stumbled onto a spy thriller rather than a Hillerman mystery. The chapter didn’t work.

Increasingly, Hillerman had found that first chapters could not be written first. “No matter how carefully you have the project planned, first chapters tend to demand rewriting,” Hillerman said. “Slow to catch on, I collected a manila folder full of perfect, polished, exactly right, pear-shaped first chapters before I learned this lesson. Their only flaw is that they don’t fit the book I finally wrote.”

The action and setting in subsequent chapters were more in keeping with Hillerman’s style. Lieutenant Joe Leaphorn is driving up the slope of Mount Taylor to the impressive B. J. Vines* mansion, reputed to be not only the most expensive home in New Mexico but also the work of Frank Lloyd Wright. Hillerman got the idea for the house from an unfounded rumor that the famous architect had designed a house near Grants, New Mexico, for his granddaughter, the Academy Award–winning actress Anne Baxter. Hillerman had his detective remember the same rumor but moved the house to Mount Taylor. For its inhabitant, said Hillerman, “I wanted something that signified not only wealth but also taste and intelligence.”

Moving the house was also important because Hillerman planned to set his tale in what was called the Checkerboard area on the eastern side of the Navajo Nation. Its unusual name grew from the implementation of the 1887 Dawes Act that carved out plots of land for Navajos to farm in the style of European subsistence agriculture. Unassigned portions of land were then sold to Anglos or given over to the Santa Fe Railroad. The result, years later, was a hodgepodge of Navajo and nonnative landownership in a pattern like the board on which one plays checkers. “It’s really a mixed-up culture,” said Hillerman. “I wanted to set the story in that environment and put my Navajo in close contact with white materialism.”

But Hillerman found that Joe Leaphorn, who had originally been intended only as a secondary character, was limiting his plan. “I had been troubled by the fact that I had made Joe Leaphorn too old and too sophisticated and too wise in the white man’s ways to do what I wanted to do,” said Hillerman. “I was thinking this guy’s not what I need. I need someone younger, more traditional, more into his religion, more amazed by white ways.” At first, he toyed with the idea of setting the book earlier to make Leaphorn younger. “I didn’t like the idea,” he said, “I didn’t think of him as a younger man, so I needed a young character.” The new character would be, Hillerman decided, “still intensely curious about the white world with which he knows he and his people must operate in harmony if the Hózhó of the Navajo way is to be maintained.”

Using his pencil, Hillerman began to cross out Leaphorn’s name in his draft chapters, putting in its place first Sergeant Tso, then Joe Chee, and finally Jim Chee. Hillerman said he briefly considered naming the new policeman Jimmy Begay, a common name derived from the Navajo biye, which means “his son.” By tradition, Navajos do not share their ceremonial names with outsiders. “So, when boys were sent to BIA boarding schools and asked their names, they would often reply ‘George Begay,’ meaning ‘George his son,’” according to author Douglas Preston. Other names were developed under similar circumstances when boys offered descriptions of themselves such as Yazzie for “short,” Tso for “big,” and Tsosie for “slim.” “It’s amazing how many Navajos you know are named Begay or Tsosie or Joe or Billy or something like that,” said Hillerman.

If the book were going to have a new police officer, Hillerman was not going to repeat his mistake of inventing a name that had no connection with Navajo, as he had done with Leaphorn. Instead he adopted the very common Navajo surname Chee. At this point, Hillerman took great care in naming his Navajo characters, regularly consulting the Navajo Communications Company telephone book and tapping a treasure trove of names he came across while visiting KNDN radio station in Farmington. The station, which featured an all-Navajo format, had two microphones in its lobby for listeners who wanted to broadcast a message. On a typical day the messages heard included:

“The squaw dance for Frank Woody at Ojo Encino has been postponed. . . . And to anyone who’s listening, Elmer Bigben would like the people of Red Mesa to leave messages at the chapter house.”

Before taking to one of the microphones to air their announcement, Navajos filled out a form. “I collected out of a wastebasket a whole stack of these,” said Hillerman. “I went through them and wrote down names.”

The younger and more inquisitive officer who came to life on the page pleased Hillerman. Jim Chee provided a means to highlight the cultural differences made evident by the close proximity of Anglos and Navajos along the Checkerboard portion of the reservation. “Chee’s curiosity about it, as about all things in the white man’s world, was intense,” Hillerman wrote describing his new protagonist’s reaction to the Vines mansion. Spotting a tombstone with an unusual epitaph, Chee was again puzzled. “But then everything about the white man’s burial customs seemed odd to Chee,” Hillerman wrote.

Creating a new central character required more than a name change. Hillerman had to frontload his book with details in order to introduce his readers to a new protagonist. In rapid sequence, Hillerman disclosed Chee’s young age, his clan—Slow Talking, the same as Leaphorn—his view that Navajos had no religion in the manner which white people had, and that he was studying to be a hatáli, a traditional medicine man. For Chee’s personality, Hillerman drew on the idealistic students he had taught during the Vietnam era. “These people were actually reading Hermann Hesse with pleasure,” he said. “That is Jim Chee.” 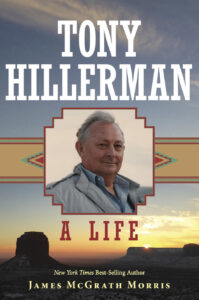 James McGrath Morris is an award-winning and New York Times best-selling author. His books include The Ambulance Drivers: Hemingway, Dos Pasos, and a Friendship Made and Lost in War; Eye on the Struggle: Ethel Payne, the First Lady of the Black Press; and Pulitzer: A Life in Politics, Print, and Power. He is the former president of Biographers International Organization, of which he was among the original founders. In 2019, he received the BIO Award, which is given to a writer who has made a major contribution to the advancement of the art and craft of biography. Previous winners, among others, include: Jean Strouse, Robert Caro, Arnold Rampersad, Ron Chernow, Stacy Schiff, Taylor Branch, and Candice Millard. He lives in Santa Fe, New Mexico. For more information, visit: https://jamesmcgrathmorris.com and https://oupress.com/books/16548294/tony-hillerman
https://jamesmcgrathmorris.com 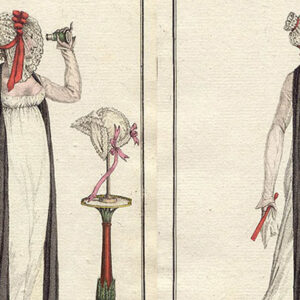