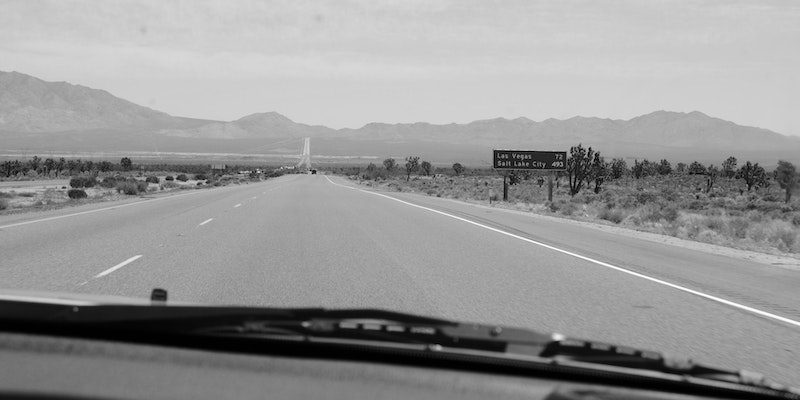 "Ever since Frank Chambers got thrown off the hay wagon at noon in The Postman Always Rings Twice, the desolate, farm regions of California have made compelling settings for mystery writers."

After a year of COVID lockdowns, we are all antsy to go somewhere, but where, exactly? Many countries are still under lockdown, and who’s going to buy a high-price plane ticket only to end up haggling with the airlines if you have to cancel. So, ROAD TRIP! That’s the answer, and I’ve got a great one for mystery reading, adventurous types—a trip up California’s Highway 99 straight through the Central Valley from Bakersfield to Sacramento.

I’m certain this is not the first itinerary you had in mind. Right now, you are envisioning a multi-lane, pot-holed road, crammed with dilapidated produce trucks, flotillas of giant Walmart big rigs whizzing by on the left, and speeding farm labor vans crammed with way too many guys and too few seat belts passing you on the right in the breakdown lane. Honestly, you’re not far off the mark. Still, you’re in for a fascinating journey, a mystery reader’s trip through ‘the forgotten California’.

All you’ll need are a few essentials before you get on the road: the names of some great food trucks, off-the-beaten-track watering holes, a playlist for Spotify of local valley music, and a handful of crime novels. Just make sure your seat belts are fastened and your air-conditioner works.

Ever since Frank Chambers got thrown off the hay wagon at noon in The Postman Always Rings Twice, the desolate, farm regions of California have made compelling settings for mystery writers. These forbidding spaces, full of losers and drifters, dreamers and the desperate, con men and get-rich-quick schemers, are inhabited by just the characters mystery readers want to follow ’down those mean streets’. Only these streets aren’t in Phillip Marlowe’s LA, but along dusty, farm roads, dark paths through the orange groves, or the softened ground in an oil field, ground that will swallow you up like quicksand.

Our first book, Nobody Move, by Denis Johnson, is set in that oil country, the land punctured with horsehead pumps, and it’s our first stop off the Grapevine—Bakersfield.

Cue up Buck Owens and the Bakersfield sound. Owens grew up hard, didn’t have much use for sappy songs, and said he wanted to walk into a room like a locomotive. That’s the kind of swagger our protagonist Jimmy Lutz in Nobody Move by Denis Johnson tries to have, the kind of swagger he’s going to need since he owes a gangster a boat load of money and can’t pay a dime.

With Lutz’s gambler’s, tough guy dialogue ringing in your ears, get off the 99 and head for one of the Punjabi food trucks like Punjabi Dhabi off Pacheco Street. Take a look at the truckers eating dosas on the oil-cloth covered picnic tables and realize that one day one of their kids could be California’s next great crime writer. I can’t wait to read their perspective on this genre.

Continuing up the 99, tune into Radio Punjab at AM 620 for some Bollywood or Bhangra music and head for Fresno, where you’ll have a couple of choices of books to read.  Either way, you get off the 99, connect with 180, and head for the hills past the town of Sanger where former US Poet Laureate Juan Felipe Herrera grew up in a migrant camp. You can dive into Nina Revyor’s thriller Lost Canyon and follow her characters, Angelenos who want to escape the city’s dangers for the beauty of the Sierras until they find something even more terrifying in the wilderness. If you prefer cozies, there’s Sunny Frazier’s mystery A Snitch in Time, set in the fictional, foothill town of Burlap modeled on Dunlap, a tiny settlement just down the hill from my ranch.

After checking out the foothills, and the Minkler Cash store that Revyor paints a very accurate picture of in Lost Canyon, head west to Fresno, the ag town Gary Soto, William Saroyan, Phillip Levine and Larry Levis put on the literary map. Levis is a poet who can write a poem so suspenseful it puts crime fiction writers to shame.

My father once broke a man’s hand

Over the exhaust pipe of a John Deere tractor. The man,

Rubén Vásquez, wanted to kill his own father

With a sharpened fruit knife, & he held

The curved tip of it, lightly, between his first

Two fingers, so it could slash

Across a throat. It was like a glinting beak in a hand,

And, for a moment, the light held still

The best soundtrack for the mood that poem creates might be the haunting melodies of one of Fresno’s finest musicians, Omar Nare, the multi-talented, Mexican/ Kuwaiti singer, composer and guitarist. After you’ve traveled up the 99 past landscapes that Sunny Frazier describes as being full of nothing more than ‘tumbleweed and hope’ and with the image of Levis’s ‘sharpened fruit knife’ in your head, Nares soulful compositions seem called for. As does a martini at the Limelight on West Shaw, a retro bar and Fresno institution.

Since I can’t send you back on the 99 inebriated, a few tacos al pastor or de camaron and a couple of bottles of Jarritos sodas at Don Pepe’s up Palm Ave past the Limelight will do the trick. Soon, you’ll be ready to head north past Madera toward Chowchilla where the California Women’s Prison is located, the inspiration for Stanville, the Central Valley penitentiary in Rachel Kushner’s Mars Room.

Time to listen to Bakersfield-influenced folk singer Tom Russel and sing along to the sweet-sad ballad ‘Rose of the San Joaquin’ that he wrote with folk icon Ian Tyson.

Farewell to the lights of Madera, I’m leaving with the wind at my back
Tell all of my friends in Dos Palos, I’m gone but I’ll be circling back
Now I’m crossing the Chowchilla River

By the light of a ragged moonbeam. . .
Alone on this highway of darkness
Caught somewhere between
The road and the Rose of San Joaquin

Kushner’s novel doesn’t technically qualify as a thriller, but it read like one to me. From the minute I picked up Mars Room, I was on the edge of my seat, heart pounding, wondering how the protagonist Romy would survive stuck in a huge and inhuman institution with violent inmates, and how she would survive her own regrets.

As Romy looks out of the transport bus window at her last glimpse of the natural world before prison, she notices that… “As the sun rose, the fog evaporated. Wind buffeted the big bushy oleanders on the highway divider, their peach-colored blossoms bending moodily…” Those oleanders on the side of the 99 always looked different to me after reading Mars Room, the scraggly landscape a virtual paradise compared to what Romy and others like her would be looking at for the rest of their lives.

Another kind of prison is the kind you’re locked in with your faded dreams, and that’s what you’ll find in Fat City, Leonard Gardner’s noir-ish novel about a could-have-been-a-contender boxer, Billy Tulley, hoping for a comeback. This novel, set in Stockton, is the next to the last stop on our trip, and was made into a 1972 film by John Huston. Roger Ebert called it one of Huston’s finest, and by 1972 he’d made quite a few fine films. Next to a Smart and Final discount store and behind a barbed wire fence, you’ll find the now dilapidated Lido Hotel and gym where the boxers in Gardner’s book trained, a “… three-story brick hotel with a facade of Moorish arches, columns and brightly colored tile. Behind the hotel several cars, one tireless and up on blocks, rested among dry nettles and wild oats.” For even more skid row, noir atmosphere from the book, you can stop at the Xochimilco Café, the vintage dive that served as a model for the El Tecolote in the book, and where Lucero, another boxer brought in to fight Tulley, remembers how “the bar had been full…the jukebox blaring…strangers embracing him.”

You’ve almost made it, two hundred and seventy-five miles up the most fertile farm land in the world to the Sacramento Delta, the setting for a number of great books. Your last stop is the historic Ryde Hotel in Walnut Grove, a former a speakeasy frequented by mobsters and pols during Prohibition, a place with its own share of mysteries.

Before you tuck into bed, you could choose to delve into the dark thriller Eye of the Storm set on fictional Appleby Island in the delta where Marcia Muller’s P.I. McCone gets trapped with a killer and no way out, or step back into the sunshine and zaniness that California is famous for with Catriona McPherson’s Scot and Soda. Either way, from now on after this trip, these books, and that music ringing in your ears, the forgotten California will seem a whole lot less forgettable. 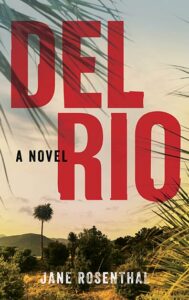 Jane Rosenthal studied creative writing at San Francisco State University. She worked for NPR and California Public Radio before teaching radio production and English in public high schools in Oakland, California. For fifteen years, before relocating to Santa Fe, New Mexico, Jane lived on a ranch in the Sierra mountains complete with horses and cattle, fulfilling her dream of being a western cowgirl. Now, she can be found exploring the many cultural offerings of her new home in New Mexico or traveling to her favorite pueblos mágicos in old Mexico when she's not in her office with a window overlooking the Georgia O'Keeffe landscape around her and writing those novels that have been kicking around in her head all these many years. 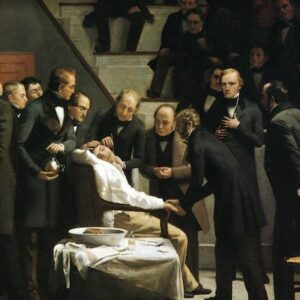 John Hunter, a notable 18th century surgeon, wrote a case study about an unnamed doctor who carefully, intentionally nicked...
© LitHub
Back to top