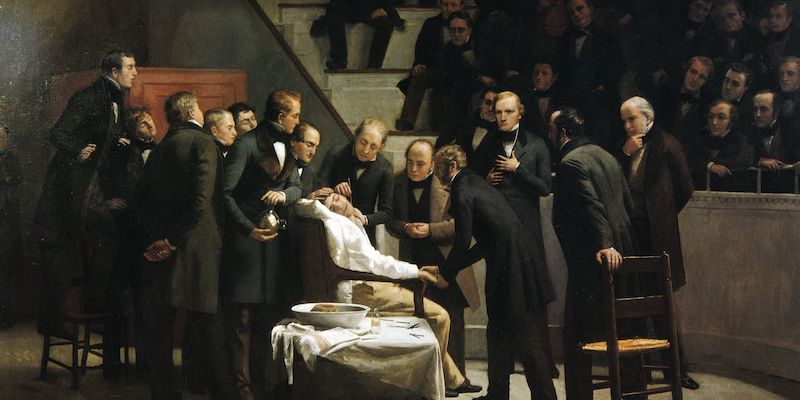 John Hunter, a notable 18th century surgeon, wrote a case study about an unnamed doctor who carefully, intentionally nicked his genitals with a scalpel, then bandaged the cut with matter taken from the sores of one of his patients, a man with gonorrhea. The unnamed doctor then developed symptoms of gonorrhea and syphilis, so he concluded that they were one disease.

He was wrong. The patient had both. Modern readers, blessed by the benefits of elementary school sex education, know that gonorrhea and syphilis are caused by different bacteria with different symptomologies, but this knowledge couldn’t have come to us without medical pioneers like John Hunter.

One can also guess, quite easily, from Hunter’s report and the subsequent delay in his upcoming nuptials, that he was the doctor in the experiment. These days, it’s unethical to experiment on yourself or infect subjects from other people’s disease-ridden scabs—but Hunter’s story proves once again that history is as hair raising as the wildest fiction.

From our first small, almost accidental taste years ago, we (co-authors Jaima Fixsen and Regina Sirois, the writers behind Audrey Blake) have been addicted to medical history. This is the salted caramel, dark chocolate of history; it is irresistible. No fictional story can surpass fact for all that is weird and wonderful, and the desire to bring some of that wonderful weirdness new life was the seed of our book, The Girl in His Shadow—a nineteenth-century hospital drama set in a time when medicine was as much magic as science, and an aspiring female surgeon wasn’t supposed to say words like “leg,” let alone dissect bodies, stitch together wounds, or cut away tumors.

The Girl in His Shadow is fiction, but the facts we built the story on are as real as John Hunter. Besides dozens of 19th century journal articles and case reports, we read a host of current non-fiction titles in our research, every bit as gripping as the latest forensic thriller. The true accounts of surgeries without anesthesia, of wild, Amazonian animals running through English gardens, of a curious lensmaker discovering a world of bacteria he called his little friends, and the methods used to procure a body for dissection when said dissection was illegal all collide in the brave and bizarre history of medicine.

Here are our favorites—nail biters that will amaze and astonish you. 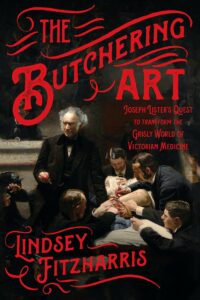 The Butchering Art by Lindsey Fitzharris

Joseph Lister’s Quest to Transform the Grisly World of Victorian Medicine—Grisly is the right word to describe this uncompromising tale of 19th century medicine. The vivid portraits of quarreling geniuses and Victorian hospitals make Liston’s discoveries, and the eventual triumph of germ theory, as heroic as they ought to be. 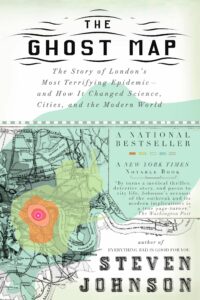 The Ghost Map by Steven Johnson 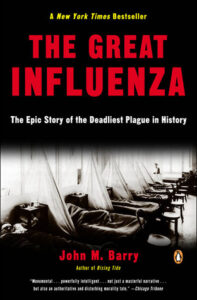 If epidemiology has ever been sexy it certainly is in this book. Barry’s exceptional gift for personifying the tiniest elements of a virus will leave you wondering if you are reading about germs or intense relationships. He doesn’t tell history; He builds it around you until you are completely immersed. 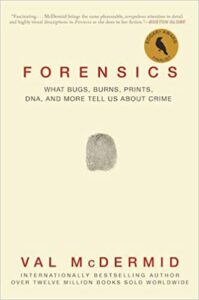 Forensics: What Bugs, Burns, Prints, DNA and More Tell Us About Crime by Val McDermid

Written by a master storyteller, this history of evidence weaves together tales of true crime with the peculiar ways etymologists, doctor divas, facial reconstruction artists, pseudoscientists, and even clairvoyants—have used to catch them. 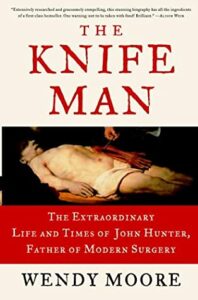 The Knife Man by Wendy Moore

Doctor John Hunter’s life and personality have to be seen to be believed. His guests never could acclimate to the skeletons, specimens, and exotic animals that filled his home and garden. Author Wendy Moore illuminates him with style and skill. 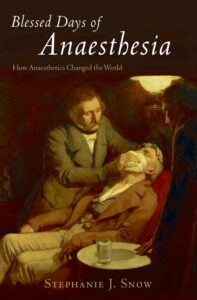 Blessed Days of Anaesthesia: How Anaesthetics Changed the World by Stephanie J. Snow

The most exciting discovery of this book is that the author is married to the great, great nephew of John Snow himself. Though Snow is best known for dismantling the Broad Street pump when he discovered its tainted water was the cause of a cholera outbreak, his quieter contribution to the practice of anaesthesia changed the shape of the world as we know it. 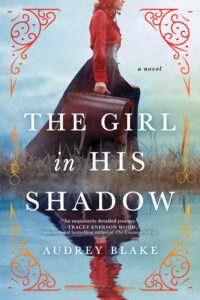 AUDREY BLAKE has a split personality-- because she is the creative alter ego of Regina Sirois and Jaima Fixsen, two authors who met online in a survivor style writing contest. They live 1500 miles apart, but both are prairie girls: Jaima hails from Alberta, Canada, and Regina from the wheatfields of Kansas. Both are addicted to history, words, and stories of redoubtable women, and agree that their friendship, better and longer lasting than any other prize, is proof that good things happen in this random, crazy universe. 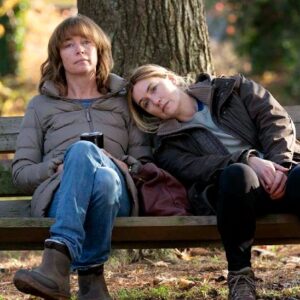