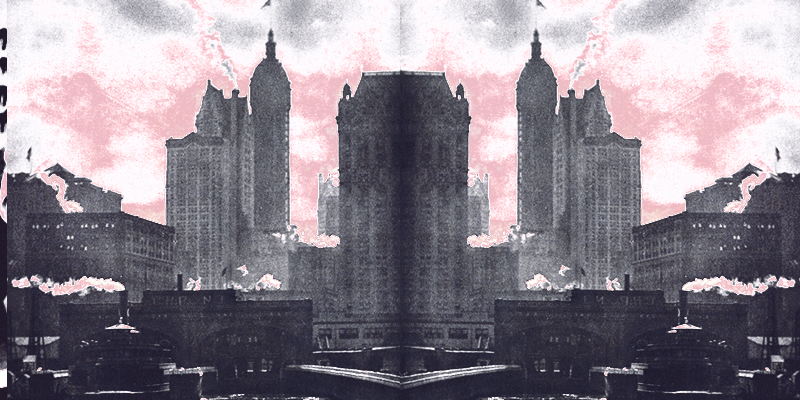 The two most common questions I’ve been asked about my new book, Uncanny Times, is “why historical fantasy” and “why this particular time period?”

The answers are distinct, but also inevitably intertwined. History – specifically American social history – has always fascinated me, from childhood through my college years, culminating in a B.A. that would do me absolutely no good in my chosen career – or would it? Dear Mom and Dad: you’ll be pleased to know I am, in fact, making use of my college education.

For Uncanny Times, I wanted to write an adventure about a brother and sister (and their hound) taking down things that lurked dangerously in the shadows. Rosemary and Aaron are Huntsmen, part of an ancient, worldwide organization designed to keep humanity safe. A simple enough idea, and it could have become a superficial, if dark, modern romp. But from the start I knew that I wanted to set it, not in the 21st century, but the opening years of the 20th.

But why historical fantasy?

Because when you set a story outside of the contemporary era, readers approach it differently. Setting the action in a just-distant-enough historical period, something outside their lived experiences, takes the reader off guard, lowers their normal defenses. They open the book knowing that there will be things they don’t know, situations they think they will not be able to correlate with their own lives. They’re trusting you to guide them through it. For the writer, that gives you the ability to weave “alternate” histories into reality, to blur the lines between what happened and what might have happened. And, if you’re so inclined, to sneak into their brain and leave questions there that hopefully will linger once they put the story down and go about their normal, modern day.

What sort of questions?

As every historian, pro or amateur, knows, history repeats itself. That is, events happen in a cyclical pattern, over and over, in varying lengths of time. The story of history is a reminder even when we think that we’re learning from experience, that learning never seems to stick for more than a generation or two before dissipating into mist. Or, as I like to put it, history repeats itself because it knows we’re not listening. And it will get louder and louder until we do.

Which for the political scientist and pundit may be depressing as hell, but for the historical novelist it’s a candy store just waiting to be plundered. All that wild, wonderful detail you literally couldn’t make up without someone calling hijinks, actually happened.

But why this particular period?

Really, the choice of the early years of the 20th century for my place-setting was almost inevitable, once I decided to tell a story about a clash between mythology and “modern” sensibility.

Setting the story during the Gilded Age, just before the outbreak of World War I, gave me the opportunity to play in a time and space where cars had just begun to outnumber horse-drawn vehicles, where modern medicine was becoming more of a science than an art, where the modern world as we recognize it was taking shape. It is distant enough to be strange and unfamiliar, distant enough that the idea of “uncanny” – a thing beyond nature, a thing we cannot ken, or understand – was still plausible, but at the same time, close enough in time to be recognizable as our own world. And that balance was essential for this story to work. The combination of comfort and curiosity draws the reader in, allows them to settle into the story and primes them to accept what comes next.

But Gilman, I hear my internal editor say, back to the raising of questions! What could a story set in 1913 have to say about life in 2022? How could the story about a girl, a boy, and their dog fighting to protect people from things that go boo! in the night, be relevant to us now?

History will take this moment to shout into our ears. The Gilded Age in America, leading up to the outbreak of WWI, was on its surface a period of prosperity, of scientific advances and leaps in understanding the natural world. We tend to focus on that, in media retellings, because, well, it’s pretty! And glam! But there was – as there always is – a less beautiful truth when you look at the full account of the times. It was a period of violent clashes between striking workers and the police, of tension about increased (non-white centric) immigration, of widespread corruption, of arguments about women’s’ rights, and extreme financial disparity between the ‘elite’ and the rest of America. Sound familiar? The more I researched, the more the turn of the cycle became obvious – and painful.

But I didn’t want to write a painful book. My job as a writer is, first and foremost, to take the reader on a journey they will enjoy.

The uncanny in Uncanny Times are the supernatural creatures from myth, legend, and religion. They’re the “other,” the things we are frightened of – the things that we have cause to be frightened of. But they’re also the things that fascinate us, that give us a weird comfort, the scares that are fun. We like poking at the shadows – at least, we like watching other people do it.

Rosemary and Aaron become our stand-ins in that fun, chasing after monsters, fighting the good fight, battling against evils both in the shadows and in plain sight. It’s happening in the past, it’s fantasy. It can’t hurt us. It’s just a story.

And yet. Historical fantasy is still history. It’s real, even if not all of is it true. And maybe, hopefully, once we’ve put the book down and gone on our way in the modern world, we will hear history’s lingering whisper in our ear, and remember that we’ve done this before….

Why historical fantasy? Because we’ve been here before. But we don’t have to be here again. 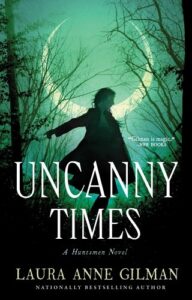 Laura Anne Gilman is the author of the Locus bestsellers Silver on the Road and The Cold Eye, the popular Cosa Nostradamus books (the Retrievers and Paranormal Scene Investigations urban fantasy series), the Nebula Award-nominated The Vineart War trilogy. Her first story collection is Dragon Virus, and she continues to write and sell short fiction in a variety of genres. Follow her at @LAGilman or LauraAnneGilman.net. Her latest book, Uncanny Times, is now available. 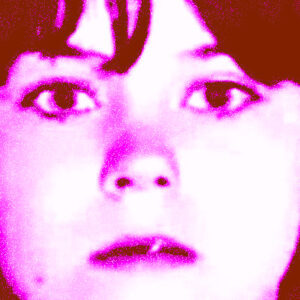 I remember my first editor asked if I worked in social work, psychiatry or the law. In fact, I have no direct experience...
© LitHub
Back to top