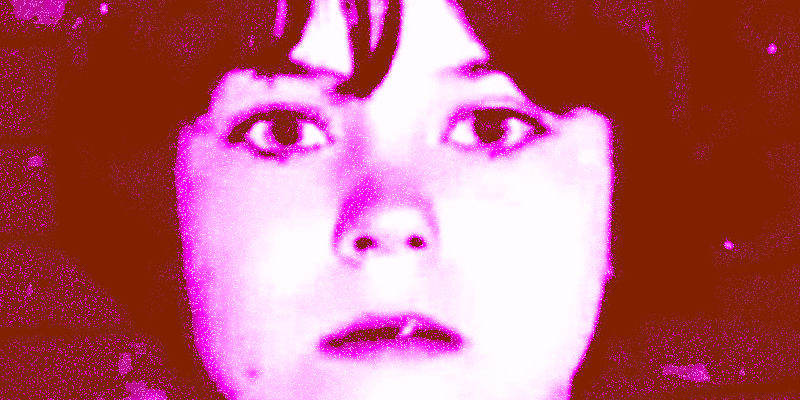 "[T]he quest to understand the reasons for violence in the young is not one that offers easy answers..."

I remember my first editor asked if I worked in social work, psychiatry or the law. In fact, I have no direct experience in any of these fields but I continue to return to the complexity of these overlapping professional areas in my novels.

My books shine a light on dark corners and are often described as ‘why-dunnits’ rather than ‘who-dunnits’. My stories are about characters trying to come to terms with what they have done or what has been done to them. Every novel I have written is an attempt to understand. The central story at the heart of my new novel, The Innocent One is about a young man trying to make his way in the world, after being tried as a child for the murder of another little boy. It asks if criminals are born or made, the classic nature-nurture debate.

When the characters in my novel were first taking shape, the newspapers in the UK were full of articles about two young boys from South Yorkshire in England who had beaten, tortured and nearly killed another pair of boys – actions that the sentencing judge described as ‘prolonged and sadistic violence.’  The newspapers were vociferous at the time, invoking other children who had killed. It was a chance for the press to revisit ‘the Bulger case’ from 1993: video film of toddler, James Bulger, being led by two older children from a Liverpool shopping mall to be tortured and killed on a patch of waste ground had been cast around the world, making the two eleven-year-old killers infamous.

An older British case was also regurgitated by the newspapers at the time –  a trial from the late 1950s of ten-year-old Mary Bell who was convicted of strangling two little boys aged four and three.

All of these child perpetrators were quickly decried as ‘evil’ before being tried as adults in the British legal system. There was no attempt to consider whether it was right to subject them to the formality of an adult jury trial.

As my own fictional story took shape in my mind, I began a year of research, which involved visiting ‘The Old Bailey’ courthouse in London, watching live trials take place…and reading.

Embarking on my story, I wanted to understand why some children are violent. I wondered if such children understood the consequences of their actions?  Did they know that death was final? And to what extent was their exposure to violence in society, and their immediate environment, such as their parents or parent substitutes – to blame?

These are some of the non-fiction books I read to aid my research into my novel about an eleven-year-old on trial for murder:

As a young newspaper reporter, Gitta Sereny attended the trial of Mary Bell, who killed two little boys aged four and three. After being convicted in a Crown Court of manslaughter (due to diminished responsibility), she was sentenced to detention for life.

Gitta Sereny was an inspiring writer, academic and social scientist who unfortunately passed away the same year my first novel was published, at the age of 91. She is often described as a biographer or historian, but she was much more. Born in Austria, she was a young volunteer nurse in 1945 and part of an organisation that entered the recently liberated concentration camps where Gitta –  then in her early twenties – saw first-hand the effects of the Nazi system on its victims. This transformative post-war experience was the catalyst for Sereny to begin to ask… why?

The majority of Sereny’s books focus on the reasons why people (and particularly children) do terrible things. In addition to writing intelligently and compassionately about the case of Mary Bell, Sereny also wrote an extensive book about Franz Stangl, commandant of the Treblinka and Sobibor extermination camps. After submitting to more than 70 hours of interviews with Sereny, Stangl finally admitted his guilt to her before dying of a heart attack soon afterwards. (Into that Darkness: From Mercy Killing to Mass Murder, Gitta Sereny 1974)

Sereny’s interest in Mary Bell was also motivated by trying to understand why a bright, pretty girl (who sat in court day after day in a lemon dress) had been driven to kill another two children. Sereny wrote two books about Mary Bell (see above), and as with all her subjects, met Mary personally, interviewing her over many years.

Both of Sereny’s books about Mary Bell are expositions of working class families in the North of England, of relationships within families, and of the psychology of a girl and woman coming to terms with what she did as a child. Sereny’s compassion for Mary Bell is evident from the outset. The books are full of detail that reveals the human story beneath the tragedy, without any of the splash of the tabloid journalism that defined the story in the British consciousness at the time. Sereny reveals what was not even touched on in Bell’s court case: the years of abuse and neglect Mary experienced at the hands of her mother.

Years later, writing the follow-up Cries Unheard, Sereny interviewed Mary Bell after her release from prison, living under a new identity. Cries Unheard reflects on Bell’s childhood and crimes but also explores the psychological development of Mary and her realisation as an adult, wife, and mother, of what she had done as a child, and the weight of conscience that came to define her life.

Writing in the foreword to Cries Unheard, Sereny noted: ‘It is one thing to write, as I have done elsewhere, about men or women who, at least partly as a consequence of unhappy childhoods, became iniquitous adults. It is very different to write about a person who has committed, not once but twice, the worst of iniquities when she was a child, but who against all expectations and entirely without the props we have come to take for granted – trauma therapy and psychiatric treatment – appears to have become a morally aware adult.’

Reading Sereny’s account, I was touched by how isolated and lonely the young Mary Bell was. Only the close bond she shared with her German Shepherd dog seemed to offer the love she lacked from her family. Mary was a small, strikingly beautiful child, with a precocious intelligence, but she was also vulnerable: wetting the bed in custody and receiving no support from her family during the trial.

Mary Bell did a terrible thing when she was a child, but she grew up to be a loving, useful member of society. Ultimately, Sereny’s thesis is convincing that violent children are made and not born. Throughout her two detailed works on Mary Bell, she shows how the neglect and violence that Mary suffered as a child led to her crime and conviction. Gitta Sereny’s sensitive portrayal allows a rare understanding of the causes of violence in the young.

This is a uniquely brave book: A deeply personal and insightful account by the poet, novelist and journalist, Blake Morrison, reflecting on his attendance at the trial of eleven-year-olds Robert Thompson and James Venables for the murder of two-year-old James Burger in 1993.

Thompson and Venables were found guilty of abduction and murder, making them the youngest convicted murderers in modern British history. They were indefinitely sentenced to detention at Her Majesty’s pleasure, and remained in custody until a Parole Board decision in June 2001 recommended their release on a lifelong licence, aged 18.

In addition to searing insights into the trial of the two boys in London’s ‘Old Bailey’, Morrison’s book is startling for its self-reflectiveness. Blake Morrison doesn’t flinch in scrutinising his own childhood, remembering the molestation of a female classmate during a party and his own part in that. Morrison seeks to understand why the boys on trial had been driven to commit violent murder, by considering their tragic family environments.

Morrison also examines his own experience of being a child and observations of his own children. What he discovers is very much in line with Gitta Sereny (the two writers met during the trial), that children are not born bad but their experience of abuse and neglect can drive them to violence and criminality. Morrison ends his book with the words ‘I think… of the sins I’ve committed and the people I’ve hurt’ in recognition of the comprehension that comes with adulthood that is mostly not available to a child.

It is this self-examination, more than the scrutiny of the trial, which elevates As If from an account of the murder trial into a searing reflection on childhood itself.

This compilation of essays by experts from a wide range of disciplines on the subject of violent children was invaluable to me mostly because it provided a useful comparison of the justice systems throughout Europe. Children are often described as ‘innocents’ yet when they commit crimes they are quickly condemned ‘bad seeds’. The UK is out of step with most of Europe in terms of its treatment of young offenders and its determination of the age of criminal responsibility.

When I wrote my debut, The Guilty One, the age of criminal responsibility in England and Wales was ten years old, with Scotland determining a child to be criminally responsible at the tender age of just eight. Since The Guilty One’s publication, the age of criminal responsibility in Scotland has now been raised to 12, but the English justice system continues to try children as young as ten – as adults.

The age of criminal responsibility in the UK is unusually low by European standards. In most other European countries, children aged under 14 who commit offences do not appear before the criminal courts, but are dealt with in civil proceedings by family courts that are concerned with compulsory measures of care. The UK – particularly England’s – age of criminal responsibility lags behind the rest of Europe: in Scandinavian countries it is 15, in Spain and Portugal 16 and in Belgium 18.

Paul Cavadino’s book also deals with the issue of sentencing appropriate to children. When a child or young person aged under 18 is found guilty of murder in the UK, she or he is detained according to ‘His Majesty’s Pleasure’ – the juvenile equivalent of a mandatory life sentence, but which has no definite term and can be extended by Home Secretaries often subject to political influence.

Gitta Sereny contributed an article in Cadavino’s compilations of essays, reflecting not only on the case of Mary Bell, but on her attendance at the trial of Robert Thompson and James Venables. Comparing the cases that were three decades apart, Sereny lamented that the system had not changed at all to reflect the needs of children. Following the ‘Bulger case’ the English courts did implement a number of changes for child defendants – such as barristers not wearing wigs – but in 2022 children are still tried as adults in English courts.

Reading these explorations on why children kill – as well as my discussions with lawyers, social workers and the police – means that with each novel I write, I feel I draw closer to my first editor’s prediction. That said, the quest to understand the reasons for violence in the young is not one that offers easy answers. Truth is often stranger than fiction, but fiction often comes close to the truth. 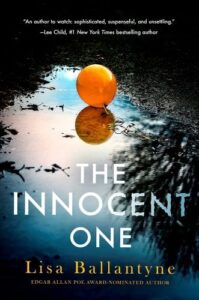 Lisa Ballantyne is the internationally bestselling author of four novels. Her debut, The Guilty One, was nominated for the the Edgar Allan Poe Award and translated into thirty languages. Lisa's other novels are Everything She Forgot, Little Liar, and Once Upon a Lie. She lives in Glasgow, Scotland. Her latest book, The Innocent One, is now available from Pegasus Books. 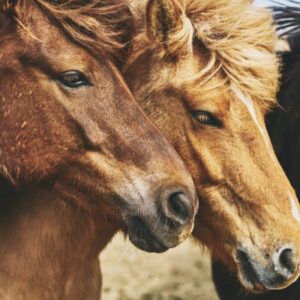 Rescue work has always been near and dear to my heart. My mother took in nearly every stray that crossed her path. She helped...
© LitHub
Back to top