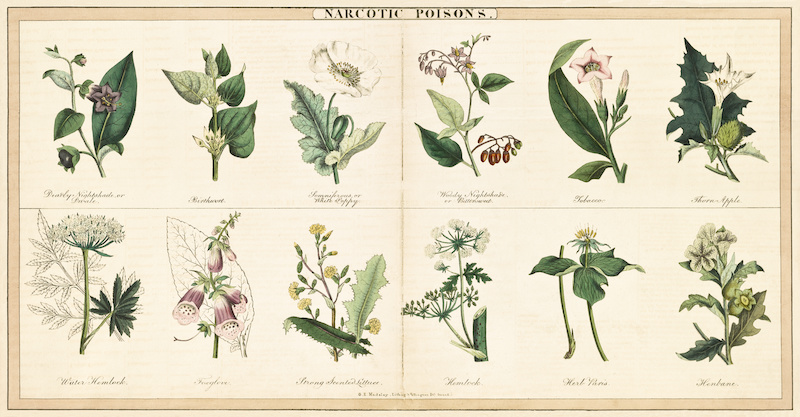 Many of the deadliest poisons are also the best medicines.

The world of poisons has always been something of immense fascination to me, I think because I always saw the other side to them. Don’t get me wrong, they were always alluring in that poetic and murderous way, sure, but growing up with an herbalist mother meant I was raised with the idea that a lot of things that may harm you can actually be used to heal more often than not. As the saying goes, it’s the dose that kills—and it’s that idea of the dose that has kept my interest all of these years. The fact one drop can help, and ten can kill.

It’s also an idea that has existed throughout history.

I recall sitting in a lecture hall one day in graduate school, staring at PowerPoint slides showing a rainy, archeological dig site. They were the kind of photos taken by a cold hand dappled with mist and an abundance of yellow raincoats somewhere just out of view. Photos that really sold you on the smell of the mud around them. The site, as it happened, was an old medieval monastery, and as we stared closer and the slide changed, the skulls being shown in their earthen home suddenly had a new block of text beside them. Text, which told us just how much mercury was found in the surrounding soil.

The reality is that for most of history mercury has been used as a medicine for far longer than it has been known as a poison. It was known to be dangerous, sure, but so was bread. So was wheat. So was water. By the time it reached those monks’ hands, mercury had been used for millennia to treat everything from a lack of libido to a craving for immortality. In the medieval period, the monks would have used it to treat syphilis and leprosy, oftentimes a monastery was the only place people with those conditions could get treated. So it’s really no wonder that years of treating the ill would lead to toxic graves like those of the monks in that dig site. It came with the profession.

I draw attention to mercury, not for the shock but because I think it’s one of the better-known poisons out there and it drives home the point I’m trying to make, and the point that captivated me as a grad student in Iceland, which is that blurry line between harm and health. That our modern perspective on medicine has not been true throughout the centuries. Despite not being a plant, the substance was used by wise women, cunning folk and other healers around the globe right alongside jars of herbs and barks that we have come to expect of an apothecary. It was medicinal, right up until the 20th century. (No really. Victorians even put it in teething powder for infants). The thing is, what was held in those jars alongside it, though helpful, were not necessarily any less lethal.

A word we often associate with medicine, ‘pharmacology’ or ‘pharmacy’ comes from pharmakon, a Greek word meaning both remedy and poison. For as long as poisons have been around it seems to have been understood that there was a healing factor to them as well. Whether that is just human nature, to hope for a good side to everything, I don’t know. The idea sure seems consistent though. Either way, the term pharmakon appeared in some of the earliest medicinal texts in Europe, the very texts I was studying in graduate school and which Lena mentions in TRIPPING ARCADIA. For example, a text which has long been viewed as the basis for Western medicine, the Hippocratic Corpus, is not shy in its mentioning of numerous drugs now categorized as narcotics. These drugs include opium poppy, belladonna or deadly nightshade, hellebore, henbane and more. All of which would have been known and used in varying degrees throughout the medieval and early modern period thanks to these texts. However drugs like nightshade, or its scientific name Atropa belladonna, would not have been prescribed as a death sentence. Rather the atropine in belladonna would have been used to speed up a slowed heart rate or to ease the pain of bodily tremors due to its anticholinergic effects. The atropine which Venetian women once used to dilate their eyes and woo men, worked because of its effect on the nervous system, preventing the pupils from moving. It is the atropine that makes the plant terrifying in large quantities, but that today is used in drugs for the treatment of bradycardia, eye conditions and even Irritable Bowel Syndrome. Other plants, like wormwood were used to treat headaches, while hellebore treated problems that required a purgative solution.

Since time immemorial herbs and plants associated with healing have been grown in gardens for their use. The rise of agriculture meant that for most of human history the solution to any illness could be found in your backyard, not by going to a doctor. So whether it was a layperson or a monk, any garden you turned to was likely to have a poison or two among the fray. In some sense this can be understood by looking at the contents of one of the most famous medicinal texts in history, Bald’s Leechbook.

For those who may not know, a leechbook is a sort of reference manual, like WebMD for the medieval era. The book contains medicinal advice and remedies gathered together from various sources and passed down through the decades, copied over and over again. In fact, the texts I studied in Denmark and Iceland were related to Bald’s Leechbook, and the plants and remedies that were included (or excluded) from the translation were used to understand what might have been in the user’s gardens at the time. Afterall, if it couldn’t grow in the climate, it wasn’t going to be useful as a remedy.

These leechbooks are immensely important texts in understanding medieval perceptions on medicine. But they’re also useful in understanding the prevalence of poisonous plants in the average garden. One such plant is henbane, whose usage was so great that it spread across Europe and Asia, primarily because it could be found alongside herbs in common remedies such as those for toothaches or any kind of pain that required a sedative. Yes, it was a poison, and one known to be deadly since the Ancient Greeks, but its positive qualities were far more favored, and so it grew, garden to garden and it was copied over and over into leechbooks like the very one’s I studied. With recipes just like this.

Henbane’s popularity only dwindled in the Late-Middle Ages with the rise of witchcraft accusations and its usage in things like flying ointments, where its sedating, psychoactive properties were applied. Did this change the centuries of use by healers and its value in the gardens of monks and cunning folk? No, but the perception of it changed, and so it began to disappear from the gardens. The same could be said for other plants in the nightshade family such as wolfsbane and belladonna, until eventually, we perceived them as a tool of someone wicked. A poison, without a past.

No plant is good or evil, we decide that for them. In TRIPPING ARCADIA, Aunt Clare tells this to Lena and it hangs at the forefront of her mind. It is one of the truest statements I think exist in the book. There will always be a darker side to medicine. Even today, behind every successful drug that’s added to the market and pushed in a doctor’s office there is a series of trials to test if the benefit outweighs the bad, and after that there are still side effects. We don’t need gardens behind our house to heal us anymore, but that doesn’t make pharmacology any less poisonous. It’s in the name. It always will be. The thing I can’t help but wonder is what the mercury of our generation will be. What text box will make students in the future go wide-eyed or snicker at the absurdity of.

Because I know it’s coming.

It’s just the nature of things. 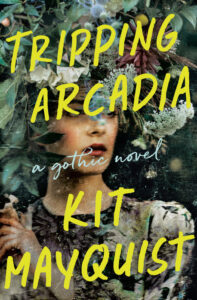 A fan of everything spooky and indulgent, Kit Mayquist is a bisexual, trans masculine writer who can be found in the historic shadows of Boston, Massachusetts, hunched over his desk with a sullen Persian cat in his lap and surrounded by antiques. He has an MA in Medieval History from the University of Iceland, and a BA from Portland State University (and if you ask him, yes, Stumptown will always have the best coffee). 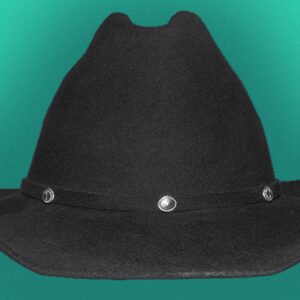 Well, I never had a use for one before, but once I realized that the book I’d embarked on with good cheer would require...
© LitHub
Back to top