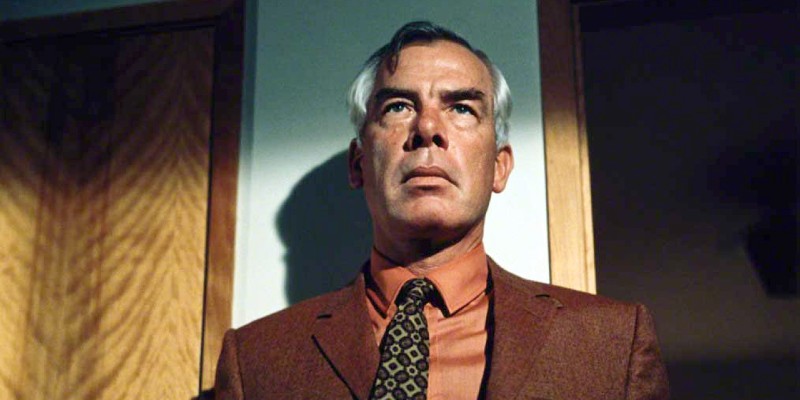 Parker's merciless drive has long held a special appeal for filmmakers. Over the years, we've seen some pretty unexpected adaptations.

At first glance, it seems like the oddest possible pairing of artists and material: actor Robert Downey Jr. and writer/director Shane Black, the motormouth duo behind the cult noir film “Kiss Kiss Bang Bang,” joining forces yet again for a screen adaptation of the Parker novels, written by Donald E. Westlake under his Richard Stark pseudonym.

If you’re unfamiliar with those novels, the underlying premise is brutally simple: Parker is an ice-cold thief who meticulously plans his scores; when things go wrong (and they usually do), he’s just as methodical in killing whoever made the mistake of betraying him this time around. He doesn’t say much, and when he does, he keeps it short. He’s not given to sentimentality or mercy.

If this new Parker project stays true to the character, it’ll represent a considerable change of pace for Downey Jr., who’s known mostly for his charming, loquacious, righteous characters in the Iron Man and Sherlock Holmes franchises. But even if Black’s script remolds the Parker character to his actor’s glib strengths, perhaps it won’t be too strange, given all the different (and sometimes odd) ways the Parker character’s been portrayed on film over the past half-century.

Perhaps the oddest of the Richard Stark novels—Parker flies out to help an old friend out of a jam, an act of altruism stunningly out of character—was adapted into arguably the oddest of Jean-Luc Godard movies. That “Parker” has been transformed into a Frenchwoman (played by Anna Karina) isn’t even the strangest part of the whole endeavor—it’s that a relatively tight American crime novel has been turned into an existentialist New Wave experiment.

According to Westlake himself, the rights to “The Jugger” were purchased by a French producer, who failed to make all the agreed-upon payments. However, Goddard mistakenly thought the producer had successfully acquired the property, and filmed a movie adaptation over the course of twelve weekends. “Godard had changed things around so much that [the producer] may have figured the film could be considered an original, but he didn’t tell Godard, who innocently blabbed,” Westlake said. The backstory sounds more intriguing than the film itself. 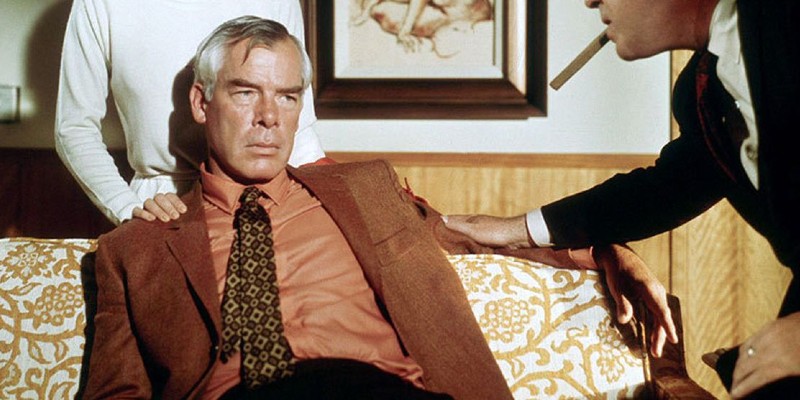 Based on “The Hunter,” the first book in the Parker series, “Point Blank” unleashed what one might refer to as Maximum Lee Marvin, which is an awe-inspiring thing to watch. The editing and highly ambiguous ending create a dreamlike atmosphere at moments, but Marvin himself is a wrecking ball, effortlessly killing everyone in his path as he seeks to reclaim some stolen money. (Parker has also been renamed “Walker,” supposedly due to Westlake’s unwillingness to allow producers to use the character’s original name unless they adapted more of the books.) 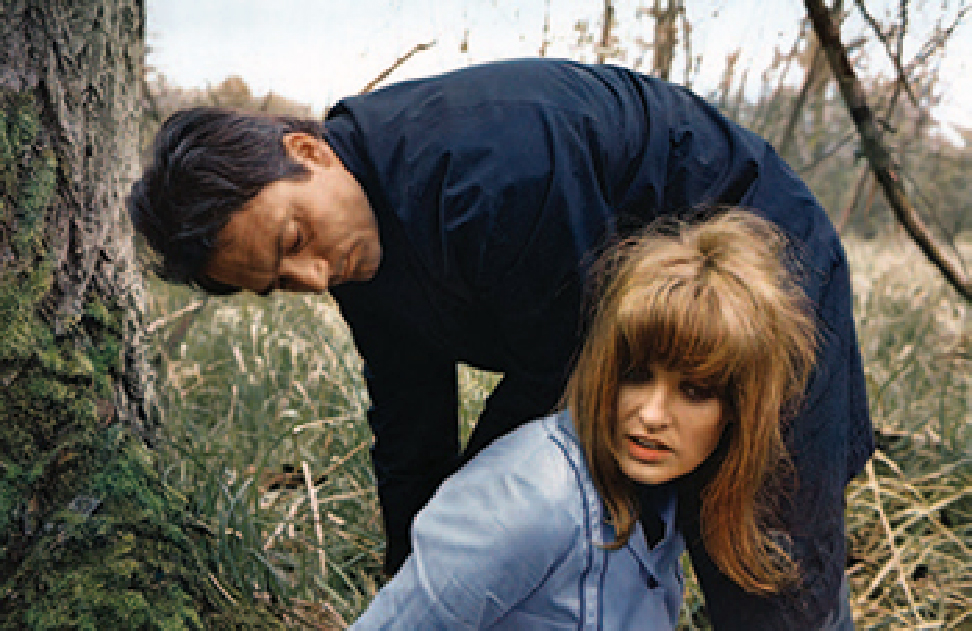 Another French adaptation, this one based on a novel in which Parker and crew decide to rob an entire mining town. In this film, Parker is Georges (Michel Constantin), and he and the crew proceed methodically through their complicated plan—until everything blows up, of course. 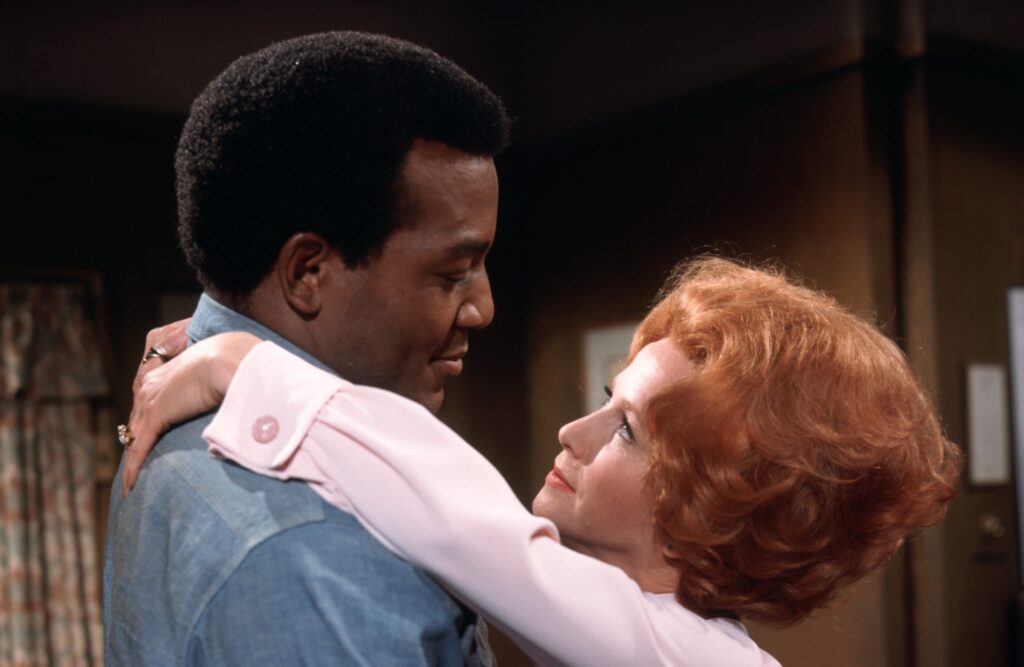 “The Seventh,” adapted as “The Split,” starts off with a heist at a football game, then details the bloody aftermath. So who better to play Parker (now named McClain) than footballer-turned-actor Jim Brown? The cast for this one is arguably the best of the Parker-based films—Ernest Borgnine, Gene Hackman, Warren Oates, and Donald Sutherland, among them.

The movie has its interesting bits, including a torture scene and subsequent gunfight in a sauna stream-room. Worth viewing for those interested in Parker adaptations or watching some of the era’s biggest stars on the same heist crew. 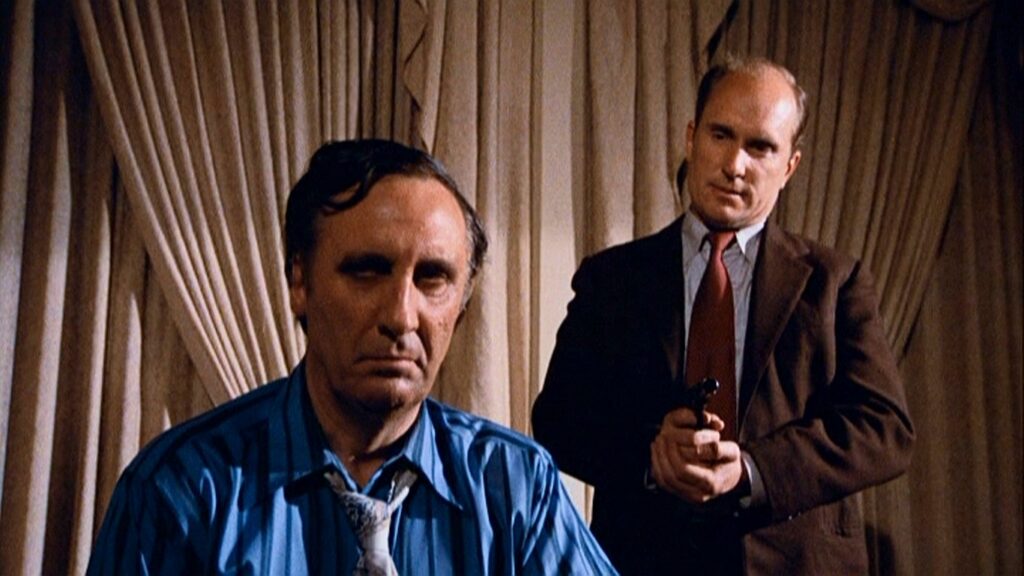 “The Outfit” (1973), directed by John Flynn; based on the novel of the same title

Robert Duvall in his prime was an ideal actor to play Parker (named Macklin in this instance), both in looks and temperament. He walks with determined speed, as if ready to plow through walls, and you believe he’s capable of robbing a mob poker game with a minimum of sweat. The movie is a very loose adaptation—layering its Parker stand-in with family connections that don’t exist in the original book, for instance—but it’s solid nonetheless. 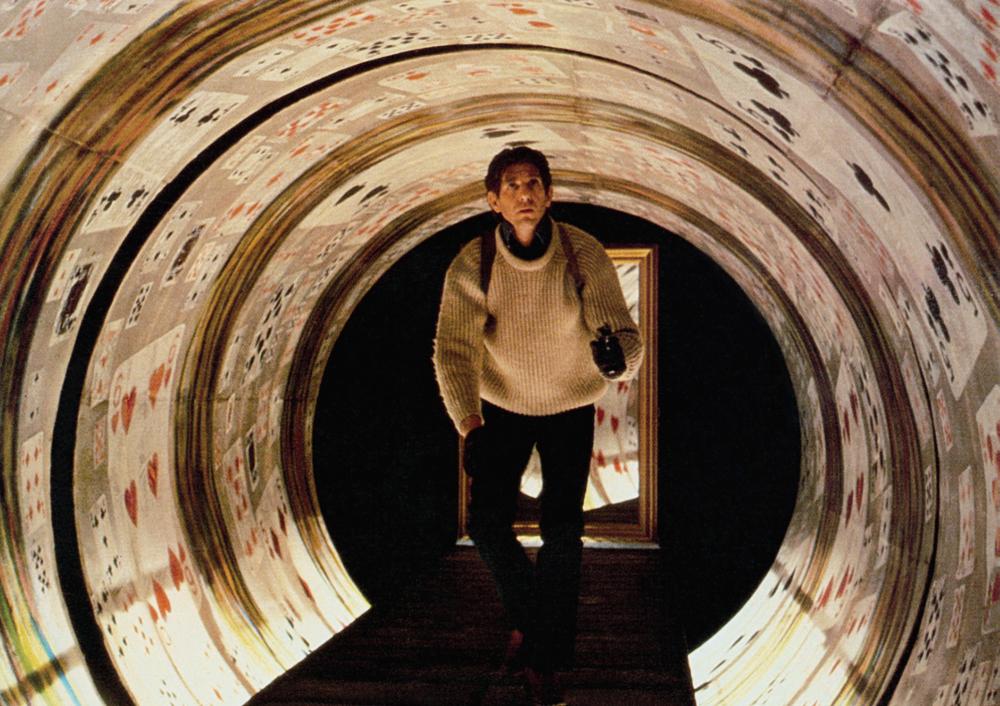 “Slayground” (1983), directed by Terry Bedford; based on the novel of the same title

“Slayground,” the novel, took place in an amusement park shut down for the winter; it’s almost a prototype “Die Hard,” with Parker sneaking around, transforming rides into traps to survive the night. “Slayground,” the movie, transports the action to the U.K. midway through, takes substantial liberties with the plot, and casts Peter Coyote as a Parker stand-in named Stone. Precious little of the original novel’s plot beats remain, and the film itself is largely forgotten except when it comes up in articles like this one. 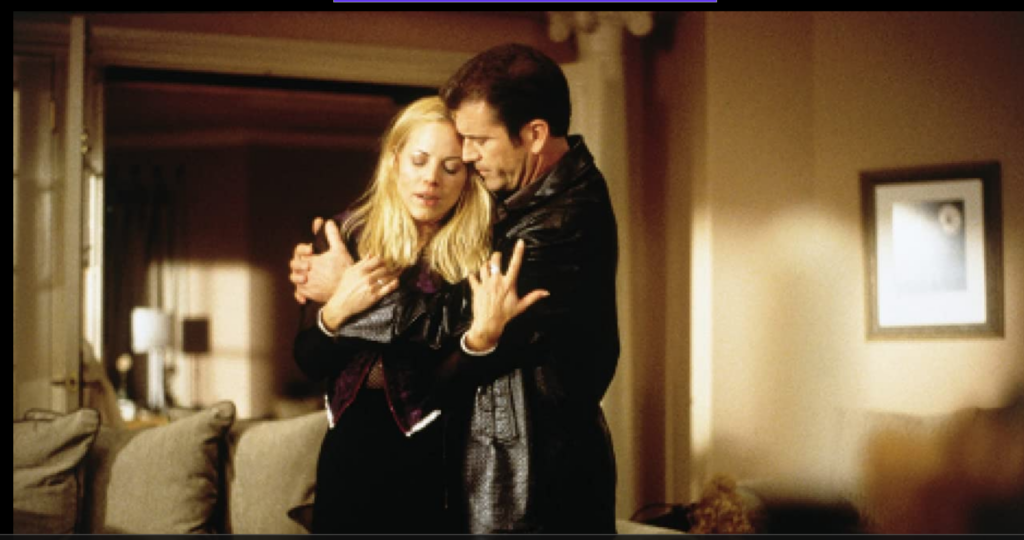 The opening minutes of “Payback,” the 1999 adaptation of “The Hunter,” are a master class in montage. Porter (Mel Gibson) lies on the table of a back-alley doctor, suffering from grievous gunshot wounds. In a series of quick cuts, we see him recover; march back into an unnamed metropolis with nothing but the clothes on his back; and then systematically pickpocket, cheat, and intimidate his way into cash, cigarettes, a better suit, and a big gun.

Seriously, it’s impressive, and it’s also remarkably close to the opening of the original novel (the Porter/Parker name-change aside). They should teach it in film classes, if they don’t already:

The movie maintains its cold, borderline-nihilistic atmosphere for another hour before there’s a studio-mandated shift in tone. Porter begins to warm up, transforming from Richard Stark’s pitiless thief into a slightly chillier version of the typical Mel Gibson action hero. There’s even a Hollywood-style happy ending of sorts.

A few years after the film’s release, director Brian Helgeland had the chance to release his own cut, which maintains a much darker tone to the final frame. The ending is so downbeat it probably gave at least one studio executive a coronary, but it’s also totally aligned with Parker’s—sorry, Porter’s—hardboiled values. 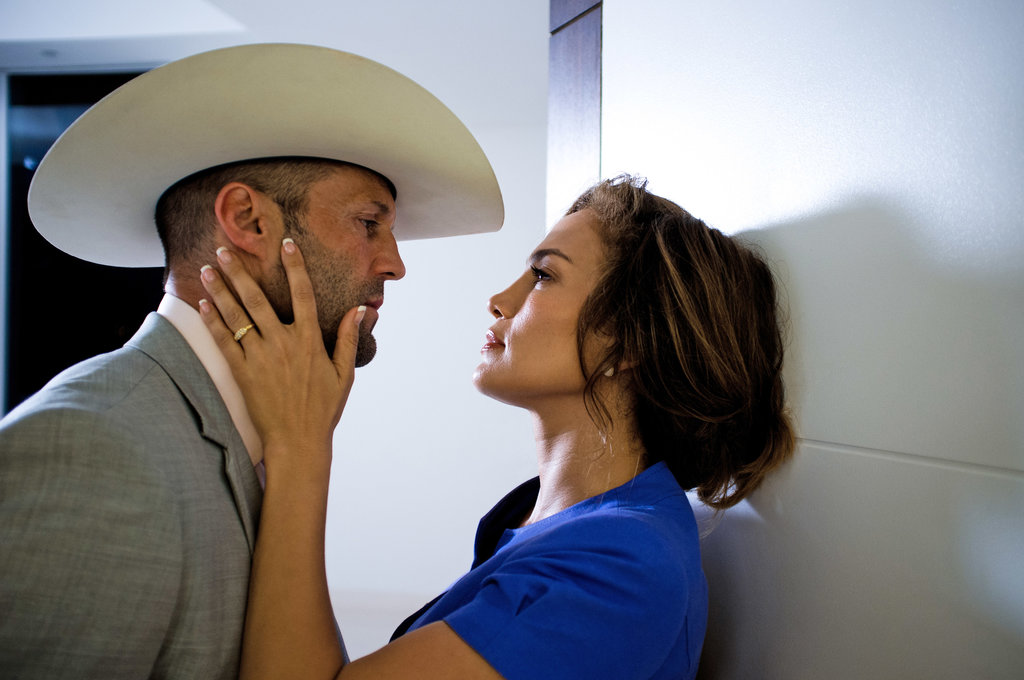 Finally, a Parker movie that uses the thief’s actual name. Westlake had died by the time “Parker” went into production, with Jason Statham in the title role, and his estate freed up the rights to the moniker. The movie itself takes the usual Parker plot elements—the robber robbed and left for dead, the intricately planned heists—and mates them with the bone-crunching violence of a typical Statham action movie.

Although Statham’s acting skills are often dismissed, he manages to infuse Parker’s borderline sociopathy with some wry charm. He’s supported by some solid character actors, and the action scenes are dynamic. That said, you’d also be forgiven for confusing this one with the all of Statham’s other revenge and robbery flicks.

With decades of different actors having left their stamp on the Parker character, perhaps there’s plenty of room for Downey Jr. to do something new and different while still preserving what’s made the master thief so popular. As Westlake himself reportedly joked: “Parker has been played by several different white men, a black man, and a French woman… this could mean the character lacks definition.” 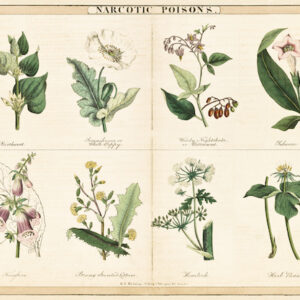 The world of poisons has always been something of immense fascination to me, I think because I always saw the other side...
© LitHub
Back to top