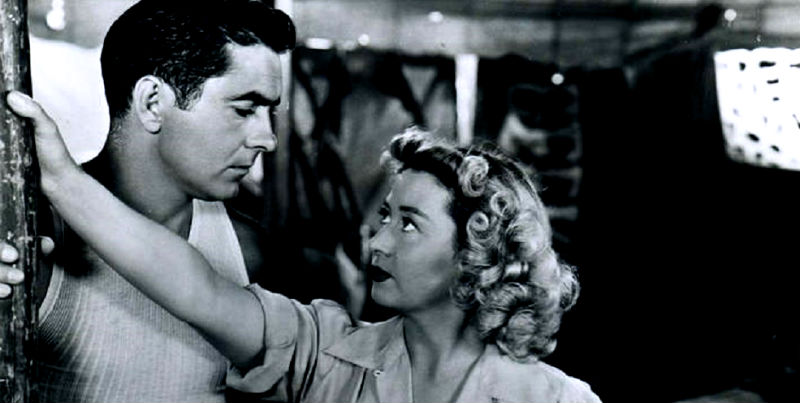 Hollywood Will Never Give Up Making Hardboiled Movies

Jim Thompson and William Lindsay Gresham have proven difficult to adapt to screen. Directors can't resist the challenge—or the noir.

Over the past several weeks, Hollywood trade publications have closely reported on the casting of Oscar-winning director Guillermo Del Toro’s (Pan’s Labyrinth, The Shape of Water) new film, an adaptation of William Lindsay Gresham’s 1946 noir novel Nightmare Alley. Both Leonardo DiCaprio and Bradley Cooper have been rumored for the lead role of Stan Carlisle, a sociopathic carnival mentalist-turned-spiritualist preacher who cons his way into high society before descending headfirst into a nightmare (natch) of spiritual and psychological desolation. Whoever ends up getting the part, Del Toro’s film already boasts an impressive aura of prestige, a somewhat surprising turn given the seedy, ultra-nihilistic content of Gresham’s novel.

In that regard, Del Toro’s planned film finds itself in good company, as another critical darling, Greek director Yorgos Lanthimos (The Lobster, The Favorite), is likewise prepping a new movie based on a similarly twisted and two-fisted piece of crime lit: Pop. 1280, the 1964 novel written by patron saint of post-war pulp, Jim Thompson. Set in Depression-era Texas, Pop. 1280 follows Nick Corey, an outwardly dimwitted and lazy, but deceptively brilliant and malevolent small-town Sheriff, as he embarks upon an increasingly violent and psychotic crime spree.

It’s easy to see what these filmmakers see in these stories—Nightmare Alley’s setting and subject matter give Del Toro a chance to indulge his obsession with the macabre and paranormal; while Pop. 1280 comes pre-loaded with all the bleak surrealism, aloof humor, and bursts of sudden violence that define Lanthimos’s métier.

Whether or not they will offer the same appeal to audiences and critics is another matter. Certainly, the fact that Del Toro and Lanthimos are coming off highly lauded award-winning films (and will undoubtedly bring an A-list cast and production team with them) make these two of the most hotly anticipated films in pre-production. But when it comes to the history of hardboiled literature making the jump to screen, it’s not all Awards gold and AFI lists. For every The Big Sleep or Double Indemnity, there are dozens of films that fly under the radar and get cosigned to obscurity…including previous adaptations of the specific authors mentioned above.

It is fitting Nightmare Alley and Pop. 1280 should find themselves developed simultaneously, given how much they have in common (NYRB’s 2010 reprint of Nightmare Alley even features a pull-quote explicitly comparing Gresham to Thompson). Both novels are set during the Depression-era ‘30s, both center around master manipulators who find themselves growing increasingly unhinged and violent, and both betray, at several junctions, their authors’ progressive political leanings (Gresham was a staunch anti-fascist who volunteered on the losing side of the Spanish Civil War, while Thompson was a full-on Wobblie).

Most notable is the ultra-cynical—at times outright anti-natalist—worldview expressed in each by way of religious mania and grotesque surrealism. These are brutal, bitter works from artists who shared an equally brutal, bitter experience.

Despite the large disparity in output—Nightmare Alley is Gresham’s only novel, while Thompson published around 30 books in his lifetime (not counting the pornography and TV show novelizations he penned under different names)—neither writer ever achieved the success or recognition they (correctly) believed they deserved, and both coped with their disappointment by falling into depression and addiction. Both also met sorrowful ends: Gresham took his own life in 1962 at the age of 53; Thompson made it to 70 and didn’t commit suicide, drinking and intentional self-starvation led to his long and painful death.

At different points in each writer’s life, it looked as though Hollywood might have rescued them from obscurity and poverty, but it was not to be.

Legendary film producer and 20th Century Fox head honcho Darryl F. Zanuck clearly thought he had a hit on his hands with Gresham’s novel, producing a film version of it in 1947 (one year after its initial publication) with popular leading man Tyrone Power in the starring role. Though the plot of the movie sticks closely to that of the book in broad strokes, it skips over large sections of the novel, while altering several details that would never have made it past the censors. While these changes are entirely understandable given the circumstances, a tacked-on coda greatly reduces the power of the novel, much of which is directly tied to its ending.

Despite these alterations, the film failed to attract audiences while still repulsing a good many critics—although it did have its supporters, including the esteemed journalist/novelist/critic James Agee, who, in his positive review of the film, managed to toss Gresham a backhanded compliment by calling his novel “essentially intelligent trash.” The movie would eventually earn cult status among noir aficionados, although it remains underseen today.

Thompson fared little better in Hollywood, despite a far more promising start: Stanley Kubrick personally hired Thompson to write the screenplays for two of his earliest—and greatest—films: the classic heist movie The Killing (1956) and the devastating World War I drama Paths of Glory (1957).

Alas, this sterling start failed to lead to a career as a big-time screenwriter for Thompson; (much of the blame in this regard lies with Kubrick, who wouldn’t even give him full screenwriting credit on either movie, even though the finished films adhered closely to his scripts). By the time of his passing, there had only been two movies made from his books: Sam Peckinpah’s 1972 version of The Getaway, which starred two of the decade’s biggest movie stars in Steve McQueen and Ali McGraw, and 1976’s The Killer Inside Me.

Steve McQueen and Ali MacGraw in the 1972 Thompson adaptation, The Getaway, directed by Sam Peckinpah, from a screenplay by Walter Hill.

You’d think Thompson’s pessimistic and violent style would be a perfect fit for the equally pessimistic and violent films of 70’s New Hollywood, particularly those of “Bloody” Sam Peckinpah. Yet, neither adaptation proved particularly faithful. The Getaway is the better of the two films by far, but the fact that Peckinpah (of all people!) leaves out the book’s infamous final chapter—arguably the most horrifying and best piece of writing Thompson ever penned—must be considered the ultimate betrayal to spirit of Thompson’s novel.

If Thompson had only lived for a few more years, he’d have been able to finally see his vision done justice, thanks to a pair of French adaptations—1979’s Série Noire, based off his 1954 novel A Hell of a Woman, and 1981’s Coup De Torchon, based off Pop. 1280, which stands as the most radical, yet still the most faithful, adaptation of Thompson to-date.

Writer/director Bertrand Tavernier was only able to adapt the story by transplanting it from a small town in West Texas to a French-run colony in West Africa (the film was shot on location in Senegal). Despite the massive change of setting, Coup De Torchon sticks incredibly close to the plot and spirit of the novel, while managing to capture Thompson’s darkly funny and disturbing sensibilities in equal measure. Unfortunately, its lack of availability in America (a Criterion DVD is long out-of-print, there is no Blu-Ray, and it is unavailable to stream) has made it one of the more obscure Thompson adaptations.

Those adaptations would follow the French interpretations by about a decade, all of them produced during the low-key noir revival of the 1990s. The Thompson adaptations of that period run a full gamut in terms of production value and reception—from 1990’s Oscar-nominated The Grifters and the masterful but underseen After Dark, My Sweet;  to the flashy, star-studded second-go at The Getaway in 1994, to a trio of offbeat outliers—The Kill-Off (1990), Hit-Me (nee A Swell-Looking Babe, 1996), and This World, Then Fireworks (1997). 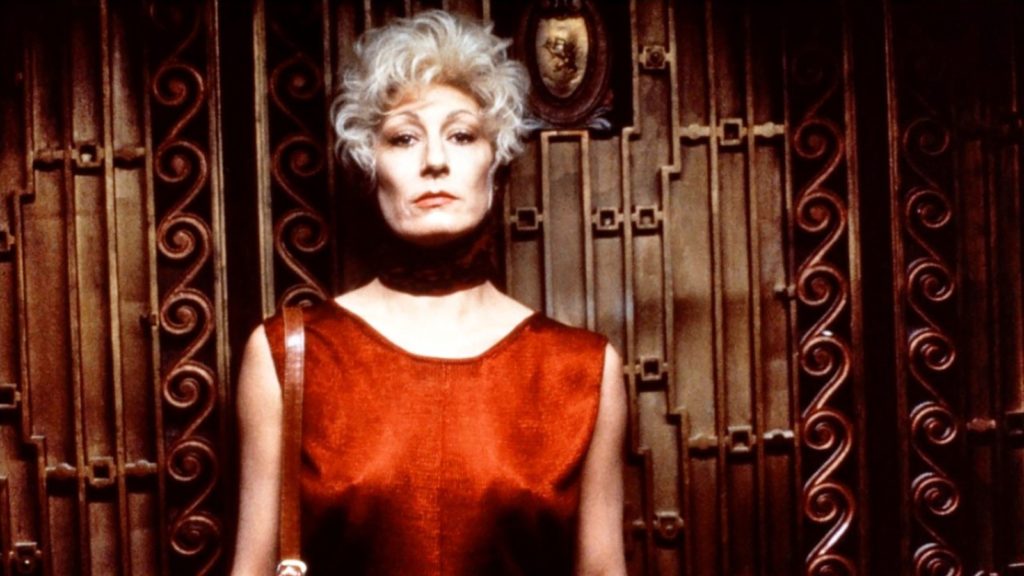 Anjelica Huston in the 1990 Thompson adaptation, The Grifters, directed by Stephen Frears from a screenplay by Donald E. Westlake.

All good or at least interesting movies save for the utterly empty and forgettable The Getaway, this boom time was followed by draught. It would be another 13 years before we got a new Jim Thompson adaptation with 2010’s The Killer Inside Me, a more faithful, but ultimately turgid version of the story directed by Michael Winterbottom.

Pop. 1280 will be the first new Thompson adaptation since—an apt choice given how much DNA that book shares with The Killer Inside Me (including a near identical plot). Pop. 1280 is probably Thompson’s third-most acclaimed novel after Killer and The Getaway, so it only makes sense it should join them in being twice-adapted—even if it’s hard to feature Lanthimos’s film surpassing Tavernier’s classic, well-suited to the material though he may be.

(The inverse is true of Del Toro and Nightmare Alley—while the novel could use a closer adaptation, the novel’s innate grittiness and bitterness feels at odds with the gregarious filmmaker’s usual floral and sentimental style. Although, the fact that he wrote the script with noted noir expert Kim Morgan is cause for optimism.)

Obviously, it’s far too early to predict how either movie will turn out, let alone how they might be received. It’s probably certainly too much to hope that they spark a renewed wave of interest in hardboiled noir on the big screen, given that studios seem increasingly averse to anything outside franchise tentpoles or horror films, while the return on investment for independent features being at an all-time low.

If either film does well-enough critically, perhaps we may see some new adaptations of Thompson, or even his peers—Charles Williford, Chester Himes, Dave Goodis, Patricia Highsmith, George V. Higgins, Don Carpenter—all of whom have deep catalogues that would make for great movies. Then again, the last couple of adaptations from that pool—Winterbottom’s The Killer Inside Me or Andrew Dominick’s Killing Them Softly (2012, based on Higgin’s Coogan’s Trade) were obvious failures, despite the initial sense of prestige they boasted.

This has been the case since the turn of the millennium, with perhaps a couple exceptions when it comes to noir adaptations—No Country for Old Men, Gone Girl, arguably Carol—they’ve been few and far between.

That’s not necessarily a bad thing—while we’d all love to see a new wave of hardboiled film noir, we can at least be thankful to have so far been spared arguments of “elevation” that have overtaken other formerly disreputable genres now being considered worthy of prestige.

Hopefully, the new versions of Gresham and Thompson’s work are successful—we can always use more good crime films. At the very least, they should spark new interest in the books they’re based on, which is always a good thing. But regardless of how they turn out and they how they fare with audiences, critics, and awards bodies, we should be confident in the knowledge that the books themselves don’t need the validation of respectability to add to their legacy, any more than the genre of hardboiled noir does.

Let them stay disreputable, the way it was always meant to be.

Havana to Miami: Crime Fiction Across the Straits of Florida 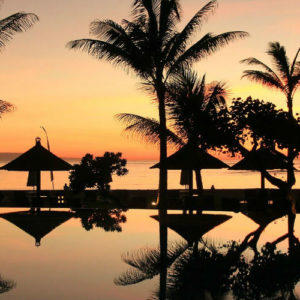 Every so often I feel the need to cleanse myself of the grubbiness and seediness of the Crime and the City beat and head...
© LitHub
Back to top