Every so often I feel the need to cleanse myself of the grubbiness and seediness of the Crime and the City beat and head for a beach, a cool drink and a refresh. This year I chose the Indonesian island of Bali—idyllic right? And didn’t it work for Elizabeth Gilbert in Eat, Pray, Love? The artistic town of Ubud, the cool beaches of Seminyak, the hipster surf resort of Canggu, the nightlife strip of Kuta, the dramatic and still active volcano of Mount Agung, and the bustling main town of Denpasar. Yeah well, seems wherever I go I get talking to someone at the poolside bar and they start recommending me crime books. Turns out, Bali’s no exception!! I kicked off the evening with a Balijito (arak, lime juice and soda, in case you want to make one yourself) followed by the signature dish of nasi goreng and some ice cold Bintang beers…and then came the crime recommendations.

If anyone could kill your “Bali is a paradise” dream then it’s Kathryn Bonella, an Australian journalist who’s written four true crime books about Bali (which is a super popular party and surfing destination for young Aussies). Hotel Kerobokan (or Hotel K, 2009) is a gritty insider account of Bali’s notorious prison, its squalid conditions, lax security and easy-to-bribe guards. Kerobokan is home to a good number of drug dealers and mules from around the world, as well as some of Indonesia’s most hardened criminals. Particularly scary about checking into Hotel K is that your average Aussie or Brit smuggling some coke, Italian or American caught in a Kuta nightclub with a tab of E, gets indiscriminately housed with local murderers, paedophiles, members of the island’s notoriously violent Laskar Bali (Bali Army) criminal gang, or even Islamicist terrorists.

Within the Hotel K complex is also a women’s prison, which is dangerously open to male prisoners for a small bribe. In that jail, for nine long years, sat Aussie Gold Coast beautician Shapelle Corby, busted at Denpasar Airport with 9lb of cannabis she denied knowing was in her luggage. Corby was sentenced to twenty years in Hotel K. She became a cause célèbre for the Australian media and subject of a biography by Kathryn Bonella—No More Tomorrows (2008). Bonella has gone on to write two further exposes of the Bali drugs scene: Snowing in Bali: The Incredible Inside Account of Bali’s Hidden Drug World (2012) and Operation Playboy: Playboy Surfers Turned International Drug Lords (2017).

Bonella doesn’t quite have the Bali true crimes market all to herself. Malcolm Scott’s Bali Undercover (2015, and also known as Bali Raw) exposes the sex trade of the Kuta nightlife strip, as well as the drugs and protection rackets the tourists don’t normally get to see.

Bali crime novels are, invariably, all about the island not turning out to be the delightful paradise it at first appears. Twilight in Kuta (2018) by David Nesbit typifies the genre of “Paradise Lost Bali Noir.” A young western tourist meets an Indonesian girl on Kuta beach and decides Bali is indeed paradise. He plans to marry and settle permanently on the island. Nesbit tells a story of real and imagined lives of the island’s residents. Despite their hopeful beginnings, their love of the island, their dreams fall pray to lies and deceit.

Paradise Lost is also the theme of John Greet’s Shaman of Bali (2016). Reported drowned, a foreign man sees a chance for a new life in Bali, and gets a job in a hotel. But drugs, escapees from Hotel K, and a dose of Balinese mysticism, combine to shatter his new found idyll. Shaman of Bali was billed as Indonesia’s Shantaram (see Crime and the City Mumbai). It’s not quite that intense (or that long!), but it is as revealing of Bali’s dark side as Shantaram was of Mumbai’s underbelly.

Fearless (2016) is by the Australian novelist Fiona Higgins (who lived in Indonesia for several years), author of the bestselling The Mothers’ Group (2012,  which also featured a cameo of Bali) and Wife on the Run (2014). In Ubud, Bali’s most new age town, six Westerners are booked into a luxury resort for the week to deal with their various phobias. They make friends, they make progress with their issues, they bond…until a tragic disaster means life threatening danger and a test of individual courage for every member.

And a couple more Bali mysteries that are perhaps a little cozier:

Read the newspapers (especially the Australian ones), search Google, and Bali looks less like paradise than a hellish tourist trap where bad things happen to innocent visitors. It’s certainly true that Bali has suffered from terrorism in the past and that, as a destination that attracts the relatively well-off young of Europe, Asia, Australia and America, there is something of a drugs problem on the island. Bali’s two major entry points for tourists—Padangbai Port (which can whisk you by fast ferry to the perhaps even more beautiful Indonesian island of Lombok) and Denpasar’s Ngurah Rai International Airport have enormous signs warning you not to smuggle drugs onto Bali—yet people still do. It’s a party island and there’s a lot of money to be made.

In reality Bali’s safe if you don’t stuff coke in your luggage and you keep sober on your scooter. But it is an island that has known its fair share of violence from outside. The bestselling Austrian writer Vicki Baum, now remembered if at all for her 1929 novel Grand Hotel, visited Bali in the 1930s to stay with her friend Walter Spies, the German artist who made Ubud his home from 1927. There she wrote Love and Death in Bali (1937), encouraged by Spies, who supplied her with background material for the novel. It tells of Dutch colonial Bali (as part of the Netherlands East Indies) and Bali’s resistance to that colonialism that culminated with the historic Battle of Badung in 1906, in which thousands of Balinese soldiers and the island’s royal family, clothed in ceremonial white and armed only with daggers, threw themselves upon the merciless efficiency of the Dutch guns in a act of mass suicide called puputan in Balinese. Perhaps as many as one thousand Balinese either committed suicide or were mown down by Dutch machine guns.

Bali has seen its share of horror—colonial occupation, volcanic eruptions, tsunami and the wave of Islamist terrorist bombings. Yet, Bali has endured and remains to many the very image of an island paradise.

Hollywood Will Never Give Up Making Hardboiled Movies 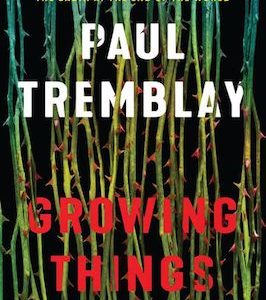 There’s this thing about living in Wormtown my older brother Joe doesn’t get, or he does get it and doesn’t want to admit...
© LitHub
Back to top