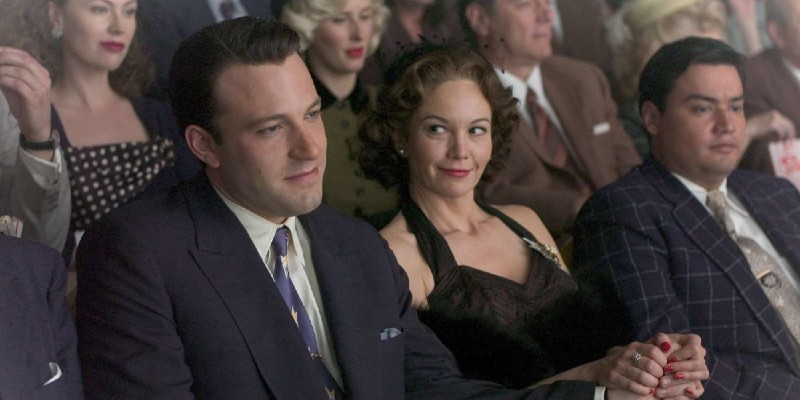 “An actor shot himself, the one who played Superman. Every kid on the block is upset.”

The death of actor George Reeves in the summer of 1959 remains one of the most speculated moments in Hollywood history. Reeves, most famous for portraying Clark Kent/Superman in the black-and-white, and later color, television series of the late fifties, was adored by legions of young fans who would rush home to watch The Adventures of Superman on their television sets.

Reeves was found dead in his Laurel Canyon home, a bullet in his brain. While the Police determined Reeves death an open-and-shut case, the circumstances in which they occurred remain shocking and tragic, and the theories surrounding his death continue to endure. A gun was by Reeves’ side, and his blood spattered the ceiling and wall behind. It was a suicide in the eyes of the law. But his death was not that straightforward, compounded by police carelessness and unreliable testimony. Why was Reeves’ body washed before the autopsy? Why were there bruises on his face and his body, and why were there fresh bullet holes in the floor, covered by a rug? And if Reeves had intended suicide, why did he choose to die naked, and with no note?

The 2006 movie Hollywoodland explored the complexities of Reeves’ life and death. Written by Paul Bernbaum and directed by Allen Coulter, Hollywoodland is both an engaging neo-noir and a smart, well-crafted true-crime mystery that chooses careful deduction and well-crafted logic over sensationalism. The film looks terrific, the dialogue is sharp, and the cast is superb. Ben Affleck is perfect as Reeves, the charming young actor who becomes television’s Man of Steel, struggling to maintain relevance with each passing decade. The role marked a critical and commercial comeback for Affleck who had suffered a couple of box office fails in the years before Hollywoodland’s release, and his striking portrayal of Reeves subsequently earned him a spate of award nominations, including a Golden Globe nomination. (In a strange twist, the role also makes Affleck the only actor to portray Daredevil, Superman, and most recently, Batman).

Hollywoodland dives into Reeves’s life in a story that alternates between the past and the present. Adrian Brody brings a mysterious yet incurable curiosity as Simo, the P.I. hired by Reeves mother to investigate her son’s death. Simo once worked for the Bureau, he was married with a child, but taking the fall for his partner cost him his job and subsequently his marriage. Operating out of his small, sparse apartment, and with pieces of scrap paper cluttering his pocket, some notes of cash, some receipts on which he has scribbled notes. Simo lacks status since going rogue, but he possesses confidence in his approach and a commitment to his work. In many ways, Simo and Reeves are not that dissimilar; both are searching for something that they once had but since lost. Simo’s life serves as both separate and companion piece to Reeves’ tale.

Instantly proactive, Simo bribes the coroner to view Reeves’ corpse, in the hope that there is some undocumented evidence. It’s a hunch that works because Simo notices unaccounted bruises on Reeves body. The bruises were a detail rooted in fact. In real life, unaccounted bruises covered Reeves body, and his corpse had been washed, losing all manner of evidence, before the autopsy. “Who were you?” Simo asks the corpse.

Flashback to a bustling restaurant, Ciro’s in Los Angeles, a young Reeves and his friend eating and drinking. It’s a swinging scene, Rita Hayworth arrives to dine, but Reeves’ eyes lock with Toni Mannix, played by a sensational Diane Lane, the wife of MGM boss Eddie Mannix. Mannix’s nickname was “the fixer” — he was notorious for making stars problems go away, and an expert at concealing certain things in stars’ personal lives they may not have wanted the public to see or know. Mannix had power and a sense of authority.

This authority, however, did not necessarily extend to Toni, who enjoyed an open, arrangement with her husband — in a later scene the husband and wife dine together with their significant others (Toni with Reeves, Mannix with his young Asian beauty). Reeves tells her he was in Gone With the Wind, but he’s “currently auditioning for numerous roles.” “There’s a lot of wanting. A lot of waiting. That’s your life” Reeves informs Maddox. He clings to his part in Gone with the Wind as a sign he is relevant and deserves more attention as an actor. Fixating on his past achievement is Reeves’ crutch, something that he brings up numerous times throughout the film, especially when he’s in a moment of crisis. It functions as a badge prestige that Reeves grips as a sign he’s made it in Hollywood.

Reeves relationship with Toni certainly enhances his career. In many ways, the relationship between Reeves and Toni mirrors Sunset Boulevard’s Gloria Swanson and Joe Gillis, albeit with a smaller age gap and less of the intense drama. Toni is not as unstable and reclusive silent movies star, but in Hollywoodland, her devotion to Reeves is undoubtedly one-sided. Toni buys him a house, finances his whims, and lavishes gifts upon him. One of these gifts being a gun. Toni is smart and knows the business, suggesting he stick to Superman despite his vocal disdain for the role. Reeves talks about a ‘job being a job’ but seems reluctant to pursue this ‘kids show’ that will make him a star. In one scene, he burns his Superman suit, something that Reeves would do to mark the completion of every season. We see this mirrored in a scene with Simo’s son, in which the distraught child burns his own Superman suit on his mother’s sofa after learning of the actor’s death. “You begged me for that suit,” a perplexed Simo tells his son, not realizing how much his child has been affected by the newspaper headlines screaming “SUICIDE” of his hero.

What Hollywoodland does so well is the movie encourages the viewer to look beyond Reeves as the dashing Superman and see him as a charming albeit self-centered man hungry for fame and accolades. Reeves is not likeable at times, and neither is Simo, which is what makes him the perfect man to investigate the case. Both men are searching for something, but they are not sure what that is, or if it’s obtainable. Reeves has Toni, who’s married, yes, and older, but the open marriage and her riches gift Reeves all the material possessions he could ever want or desire, and he’s a hit on a popular television show. But the show’s cancellation, the passing of time, and ego can be a triple combination for a man once in his prime. His proposal to Lenore Lemmon, a younger woman who he meets during a two-week stay in New York, is because “she makes me feel young.” Reeves is a man determined to stay relevant. In Hollywoodland, we could even say Reeves’ callous dumping of Reeves lead to one interpretation of his untimely demise.

Hollywoodland depicts three versions of Reeves’ death through Simo’s eyes, each prefixed with Reeves playing the guitar in his home and singing the song Aquellos Ojos Verdes, or Green Eyes. Each account bookmarks a significant point in Simo’s investigation. The P.I. functions as a cypher enabling the filmmakers both space and the platform to address the perplexities, theories, and negligence surrounding Reeves death as they interrogate the question: was Reeves murdered or was it, as the Police report stated, suicide?

In the first scenario, Reeves is arguing with Lemmon, who he’s due to marry—Lemmon says—in several days. Lemmon carelessly waves a gun, gesticulating around their bedroom until a trigger, accidentally, goes off. In the second, a contented Reeves goes upstairs only to find himself apprehended and shot when an anonymous intruder enters the bedroom, catching Reeves off-guard. The third and final version occurs near the films ending with Reeves goes upstairs, sits on his bed, and stairs into the distance. He looks bereft; the once-mighty Man of Steel now back to where he started, only this time older, and with a partner whose younger friends have no time or interest in him. He has lost the security of Toni’s money, and while comfortable, he does not know what’s next. The lack of fame and glory is his kryptonite, and Simo’s eyes, staring at his window, we see the bright of a gun’s explosion.

Some may say that Hollywoodland confirmed the suicide ruling of Reeves death, for other viewers it may provoke further questions about the final moments of the actor’s life. Nobody will ever know what occurred on that fateful evening, and Hollywoodland smartly conveys this in its final scene. Fundamentally, the film is a testimony and tribute to a complicated man who died tragically, and who was more than a moment in television and Hollywood history. 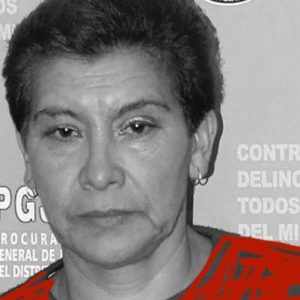