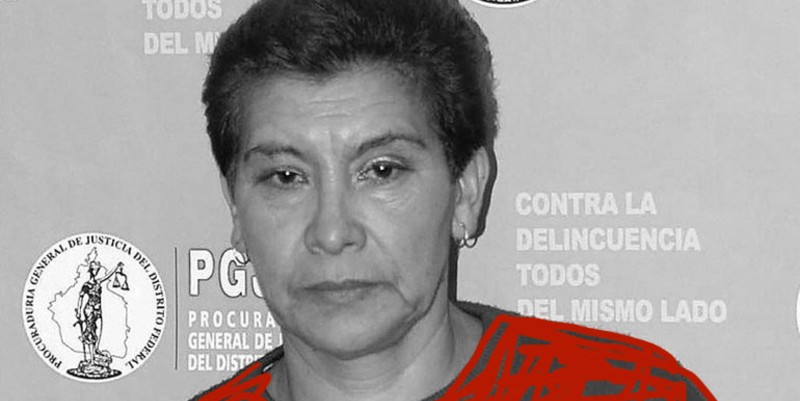 2005. At a symposium on crime in Mexico City, a man from the Department of Justice stands up to give a talk. What he has to say is horrifying. He announces that Mexico is now experiencing “a terrifying and new phenomenon: the presence, now indisputable, of a serial killer. That which happens to us today didn’t happen to us before; happened in movies, in the United States. However, violence and crime have also become globalized—the serial killer of elderly women, El Mataviejitas, is an example of this.”

El Mataviejitas. The Killer of Old Ladies. You could tell from the nickname—from the El in El Mataviejitas—that the police were looking for a man. They were looking for a man because—well, who else could commit crimes like these? Someone was killing elderly women in brutal fashion around the city, leaving them dead on the floor, strangled by things like stethoscopes or phone cables or women’s tights. Sure, witnesses were claiming that they’d seen a woman—a tall woman—around the scenes of some of these crimes, but authorities would not be shaken from their belief. The killer was a man. Maybe a man who dressed in women’s clothes. But a man nonetheless. El Mataviejitas.

Susana Vargas Cervantes has been studying the case of the killer initially known as El Mataviejitas for over a decade. One of the things she noticed was that Mexican police had kind of imported their idea of what a serial killer looked and acted like from their neighbor to the north—from the United States, land of the celebrity serial killer. So when police in Mexico City finally started thinking that all of these killings of elderly women might be connected, they started looking for someone…well, someone like Ted Bundy. Someone charismatic. Brilliant. Psychopathic. And definitely male.

Back in the 1960s, before the killings of old women and before the symposium on crime, a thirteen-year-old girl was being sold to an older man. The girl’s name was Juana Barraza. Her mother, Justa Samperio, was an alcoholic who beat her daughter at every turn. Juana grew up in poverty, north of Mexico City, and had never learned to read or write much, and didn’t know her biological father. But the main source of trauma in her life, it seems, was her mother. Justa would have done anything for a drink. Anything. And so when Juana was thirteen years old, her mother sold her to a man named Jose Lugo in exchange for—some say—three beers.

The exchange was so cruel that Juana thought that the whole thing was somehow…not real. A joke, or a misunderstanding, or a set-up. Jose Lugo took her back to his house and she waited for her mother—or her stepfather, who she trusted—to come and save her. But no one showed up. No one showed up when Jose Lugo tied her to his bed. No one came to save her for the next five years, while Lugo raped her over and over, when she had an abortion, or when she gave birth to a son. After those five years, her uncles finally found her and rescued her. As it turned out, Juana’s mother had been lying to the rest of the family this entire time, saying that Juana had just…left with her rapist of her own free will.

Years later, Juana would weep on camera, under arrest, as she said, “That is why I hated older women.”

For more about the crimes of Juana Barraza, listen to episode 37 of Criminal Broads. 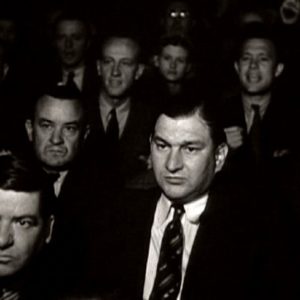 Forty-eight years ago Francis Ford Coppola released “The Godfather,” thereby cementing a popular conception of the mafia...
© LitHub
Back to top