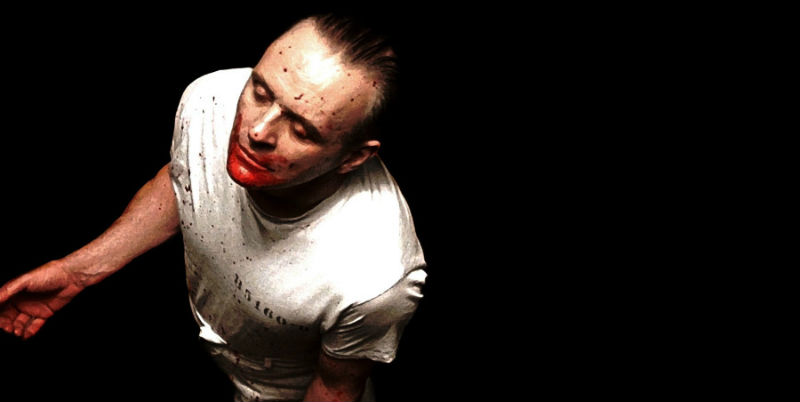 Horror and Crime
Are Kissing Cousins

After nearly two decades and half a dozen books dedicated to various aspects of horror and the supernatural, I’ve seemingly veered hard right and written a crime/noir novel called Blood Standard. Why would I make such a leap? Concerned longtime readers have inquired as to whether I’m leaving the horror field altogether. My answer? Not by any means.

This particular door I’ve opened isn’t an exit; it’s a portal to another chamber. The secret is, crime, noir, and horror are all rooms in a sprawling mansion. Should you doubt that assertion, I recommend investigating the latter stages of Cain’s Double Indemnity; the grisly account of a triple homicide aboard a yacht in The Lonely Silver Rain by MacDonald; Hjortsberg’s Falling Angel; a sequence of events involving a katana in Ellroy’s White Jazz; Thomas Harris’s Silence of the Lambs; and a good deal of Jim Thompson’s oeuvre. These classic examples of the overlap between horror and its kissing cousins, crime and noir, are merely the tip of the icepick.

The secret is, crime, noir, and horror are all rooms in a sprawling mansion.

Horror, especially in North America, typically cleaves to Judeo-Christian value systems and a Good versus Evil axis. Transgression and revelation of secrets are primary concerns of a horror narrative. Crime and noir fiction explore parallel tracks insomuch as while definitions of light and darkness are not always clearly delineated, the struggle between order and chaos is central and so too the ramifications of social transgression. The more brutal aspects of crime share essential DNA with horror. Meanwhile, noir reflects characteristics of both horror and crime. A sensation of ineluctable fate, if not outright doom, pervades a traditional noir tale.

This Trinity of the Visceral serves as a set of lenses by which we can examine the extremes of human nature. In regard to my own ongoing work, Blood Standard being no exception, a certain measure of darkness is inescapable. It’s a following shadow.

I read the Bible plenty, though. Or had it narrated to me at length by my mother by the cherry glow of our barrel stove. Those tales of hellfire, thunder, and creeping doom conjured brimstone-tinged nightmare imagery that has embedded itself deeper into my psyche than a slew of Stephen King doorstops or any of Lovecraft’s own febrile prose.

I didn’t read horror, of course not. Horror could rot a kid’s mind in nothing flat.

Poe’s macabre tales of revenge were fine, somehow. The gory pleasures of Beowulf were educational. Likewise, the raw, original Grimm fairy tales wherein blood flowed in Cinderella’s glass slipper and the evil stepmother danced in red-hot iron shoes at Snow White’s wedding. But when nobody was looking, I read Audrey Rose by Frank De Felitta. The Exorcist and Rosemary’s Baby were shelved alongside Mom’s Barbara Cartland romances and Dad’s Louis L’Amour Sackett westerns. And I secretly devoured them all, romances included.

Article continues after advertisement
Poe’s macabre tales of revenge were fine, somehow. The gory pleasures of Beowulf were educational.

Then there were the pulps, mysteries, and hardboiled crime sections of our makeshift library.

Violent death common to crime, noir, and mystery fiction were okay with management. I burned right through piles of those skinny paperbacks that were ubiquitous in the ‘50s through the ‘70s. John D. MacDonald; Richard Stark; Elmore Leonard; Donald Westlake; and Robert B. Parker. Later, it was Martin Cruz Smith, James Ellroy, Patricia Highsmith. Thirty years on, its Gillian Flynn, Kaaron Warren, and Frank Bill. Without question, the grimmer end of a dark spectrum.

The foregoing is essentially to say, Travis McGee, Philip Marlowe, and Matt Helm were among the first strongarm investigators I met when I shifted my attention from comic books to dime novels. These characters and their worlds significantly shaped the landscape of my inner life and influenced my creative endeavors.

Throughout my adolescence, I wrote close to a million words with a No. 2 pencil, often by kerosene lamplight. Science fiction, baroque fantasy, mysteries, and supernatural horror. Luckily, management seldom paid heed to these scribblings, else there would’ve been hell to pay. My topics evolved with mercurial swiftness, yet always circled back to the formative notion that all was not well with the universe. Indeed, whether by the machinations of corrupt industrialists and their cronies in law enforcement, murderous cultists, or the very entities said cultists venerate, something always smelled rotten in Denmark.

As it happened, when I broke into professional writing on my thirtieth birthday, I did it by virtue of selling a horror story featuring a hard-bitten detective. That trend has continued largely unabated for nearly two decades. Elements of hardboiled crime and blackest noir have ever served as the bedrock of my writing. Conversely, it’s also true that madness and horror (albeit subtly) are bound to inflect my take on traditional crime and noir.

There are fundamental differences between horror, noir, and crime novels. However, these traditions grapple with the darkness within us all. They are haunted by the same spirits.

Can You Hear Me? 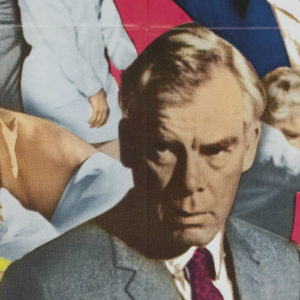 I have a confession to make, perhaps an embarrassing one. When Abby Westlake invited me to go through the working files of her late...
© LitHub
Back to top