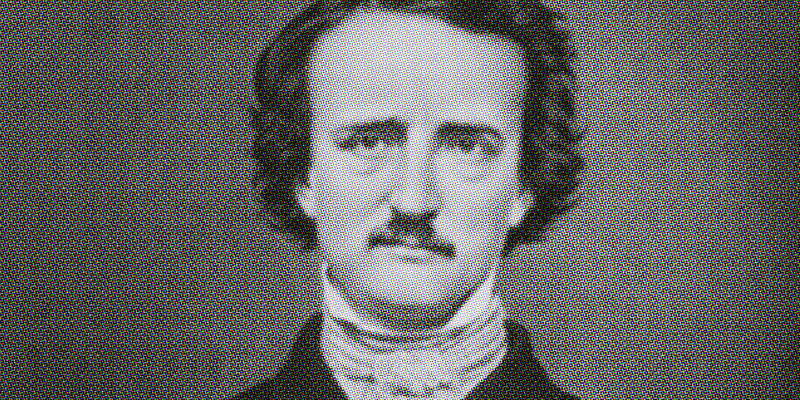 Horror? Crime? Both? The Custody Battle Over Edgar Allan Poe

"In this custody battle, I’m afraid I side with our horror-writing brethren. Poe’s twisted soul is the horror genre."

“How can they call it a detective story? The thing ends like a Monty Python skit where they drop a 16-ton weight on Eric Idle,” I protested. “Edgar Allan Poe is christened the Father of the Detective Story because an escaped orangutan swung into an apartment and smashed the victims apart?”

Professor Houtz likely wanted to smash me one in the kisser, but he contented himself with theatrically rolling his eyes and ambling back to the blackboard. It was my final year of high school, and my elderly World Lit instructor was having us college-bound twits read The Murders in the Rue Morgue. The class had collectively shrugged in agreement with me about the cop-out ending—it hadn’t been murder at all but a rampaging gorilla. It would be like getting to the final page of a Michael Connelly novel, only to discover the shadowy villain was a rabid pit bull.

Now I stand firmly in the mystery camp. My niche lies in crime fiction. I write mystery/thrillers and I have no problem with our blessed trinity of saints—Agatha Christie, Sir Arthur Conan Doyle, and Dashiell Hammett—but I draw the line at Edgar Allan Poe. In this custody battle, I’m afraid I side with our horror-writing brethren.

Let’s leave aside The Murders in the Rue Morgue and my decades-ago debate with Professor Houtz—can any of you rattle off any other Edgar Allan Poe detective stories?

Anybody out there have anything come instantly to mind (and no Googling)?

I’m willing to spot you The Purloined Letter (a love letter has been stolen, blackmail’s afoot, no body count), but beyond Purloined we need to consult Professor Houtz or query a search engine. Rounding out Poe’s trio of detective stories is The Mystery of Marie Roget. In this yarn, Poe’s super sleuth C. Auguste Dupin looks into the evidence surrounding Marie Roget’s disappearance and the subsequent discovery of her body in the Seine, and then hazards a guess at possible explanations. However, there is no closure to this mystery. Readers never know whether Detective Dupin’s various hypotheses are valid or not.

Okay class; now raise your hand if you can rattle off any of Edgar Allan Poe’s non-detective stories. Slow down, already, I can only write so fast. Most of Poe’s tip-of-the-tongue tales are horror in nature. The classics that pop immediately to mind include:

The Pit and the Pendulum: Prisoner’s descent into madness is hastened along by unseen Inquisitors.

The Tell-Tale Heart: Demented caregiver’s descent into madness is hastened along by an ever-loudening heartbeat.

The Black Cat: Animal-abusing drunkard’s descent into madness is hastened along by a feline apparition.

The Fall of the House of Usher: An inbred’s descent into madness is hastened along by his haunted manor.

The Masque of the Red Death: A prince’s descent into madness is hastened along when an uninvited guest wreaks havoc on said prince’s masquerade ball. (A timely tale in the era of Covid.)

The Cask of Amontillado: Winsome bricklayer’s descent into madness lapses into remission after his premeditated murder of an elitist knothead.

Even Poe’s most famous poetry is grounded in horror, not mystery. Dr. Phil at the top of his game would never be able to save the wretched, brokenhearted bastard in The Raven. Though working in a different medium, Poe covers familiar themes. In this case the narrator’s descent into madness is hastened along by the appearance of an ethereal, talking fowl.

Another of Poe’s classic poems—and my personal favorite—Annabel Lee is a melancholy love sonnet of unsettling proportions. After all, is there anything as cosmically horrific as love lost to death? The narrator of the poem condemns the “winged seraphs of heaven” for stealing away his beloved Annabel Lee.

The angels, not half so happy in Heaven,
Went envying her and me—
Yes!—that was the reason (as all men know,
In this kingdom by the sea)
That the wind came out of the cloud by night,
Chilling and killing my Annabel Lee.

ure enough we discover that the narrator’s descent into madness is hastened along by the loss of his “love that was more than love.”

Not too shabby for an alcoholic who married his 13-year old cousin . . . nope, not shabby at all.

Yes, us yarn spinners of sleuthing can worship Poe as the father of detective fiction—we can tip back drinks to him at our annual Edgar Awards and fantasize that Poe’s indubitable genius was our genesis—but horror authors see it differently.

“Sorry, Sherlock,” they’d respond. “Truth be told . . . Edgar Allan Poe is synonymous for psychological horror fiction . . . he’s one of ours.”

Of course the horror writers will spot us our Agathas and Conan Doyles and all the rest—but when it comes to Edgar Allan Poe . . . 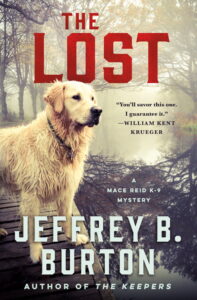 JEFFREY B. BURTON is the author of many novels including The Finders, The Chessman, and The Eulogist. He is an active member of Mystery Writers of America, International Thriller Writers and the Horror Writers Association and lives in St. Paul, Minnesota with his family. 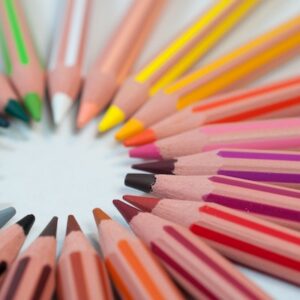 In the Robert Altman film, The Player, Tim Robbins stars as Griffin Mill, a big-time Hollywood producer who spends his days...
© LitHub
Back to top