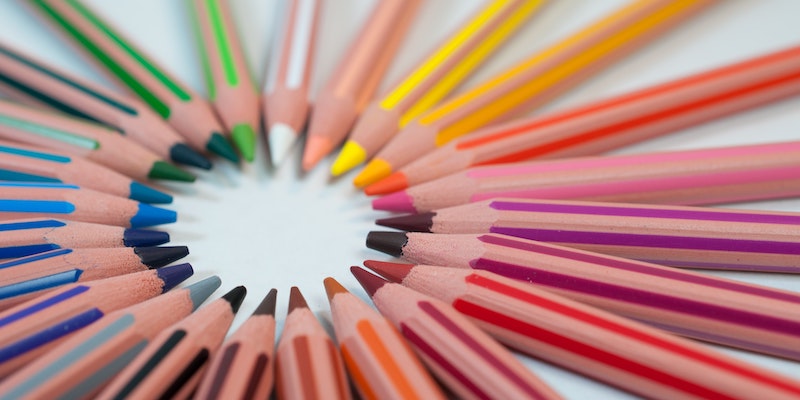 "[W]ithin the exercise of recrafting these well-known tropes, what possibilities for variation exist?"

In the Robert Altman film, The Player, Tim Robbins stars as Griffin Mill, a big-time Hollywood producer who spends his days listening to pitches from aspiring movie directors and screenplay writers. Mill’s claim to fame? Only 12 out of every 50,000 pitches he hears ever get the studio nod. Why? Because in Hollywood, there are no tales that haven’t previously been told. So the enterprising supplicants package their two-minute story summaries by stringing movie tropes together like rosary beads. A comedic romp about a clueless American who travels to Africa and becomes worshiped as a god by a pagan tribe is pitched as a hybrid of Cactus Flower and Out of Africa. Mill simplifies the pitch by summarizing their project as “Goldie Goes to Africa.”

You get the drift.

Writing fiction is no exception. If one unique idea succeeds and catches the eye of some weary publisher or literary agent, there soon will be a score—or four score—other novels predicated on the same premise. Witness the rash of zombie novels that proliferated after the publication of Book of the Dead in 1990. For me, that idea jumped the proverbial shark when Pride and Prejudice and Zombies appeared. However, I was forced to to eat my umbrage when that unlikely novel became a runaway bestseller. As Jane Austen herself would wisely have counseled, “Keep your breath to cool your porridge.”

Still, the harder we try to reinvent the wheel, the likelier we are to cobble together a flimsy retread of something that went before. This is no disrespect to genre fiction that, by design, is intended to traverse familiar and well-traveled landscapes. You know their names: noir, thriller, police procedural, true crime, detective, cozy—the whole spectrum. But within the exercise of recrafting these well-known tropes, what possibilities for variation exist? How might depth and innovation be achieved while still coloring between the lines? In art and music, achieving this desired but tenuous balance depends on the fusion of disparate aesthetic elements that, together, create a unified expression of beauty. In literature, the intersection of unity and variety work much the same way.

In his 2001 New York Times essay, Edmund White referred to Patricia Highsmith’s narcissistic Tom Ripley as “a shape-shifting protagonist who’s up to no good.” By crafting Ripley as a criminal in disguise who is also “a psychological prop to his own self-hatred,” Highsmith seduced a generation of readers to do the unthinkable: root for a bad guy who lies, cheats, and murders his way to wealth and independence. Ripley’s narcissistic attitudes and sense of entitlement drive him to exact vengeance on a society that he jealously believes has wronged him by withholding access to privilege. The world owes him something, and like all the best antiheroes, he stops at nothing to get it. And those of us in the cheap seats cheer him along the way.

The five Ripley novels combine to establish Highsmith’s Ripley as the archetypal grifter of the entire mystery genre. These novels tick all the boxes: unreliable narrator, convoluted plots, a multitude of twists and switchbacks, red herrings, gripping suspense, and the skillful manipulation of a limited point of view that hides essential information from the reader. Yet within those constraints, Highsmith managed to craft a series of psychological thrillers that straddle a world of darkness and insanity—and foreshadow the ascendency of a smoldering morass of social issues that dominate our political discourse today.

There are innumerable ways we all can capitalize on Highsmith’s experiment. We can start by presenting a unique take on our chosen genre. We can dare to be bold enough to turn convention on its head by taking advantage of skillful storytelling that contemplates society, morality/immorality, and other reflective subjects. As a step toward doing this, we can reference some of the classics that laid the groundwork for the mystery genre today—books written by stalwarts like Highsmith or Agatha Christie. We can study their willingness to pursue offbeat settings, complicated narratives, and disturbing portraits of violence.

Agatha Christie was never afraid of adopting avant-garde approaches to the detective genre. She was a master at confounding her readers with unreliable narrators, criminals who cavalierly escaped justice, or even a murder case in which every suspect was guilty. She happily embraced such bold departures from the prescribed tropes that defined such tales.

Take a gander at the offerings of any bookstore, online retailer, or library and you’ll notice that every book, graphic novel, or video has been handily linked with other titles by a seemingly endless, and frequently incongruous, string of key words that seek to categorize content. This happens because the marketplace perception is that readers demand specificity, don’t like surprises, and want to know what to expect. We’re led to believe they want assurance that the chick-lit-beach-read-billionaire-Amish & Mennonite-rom-com they just purchased won’t surprise them with the appearance of a homicidal axe murderer lurking behind a sand dune.

Therefore, our challenge—if we dare embrace it—is to strive to craft genre stories that satisfy, but still manage to push the limitations of their labels.

To quote Quotidian Writer, Diane Callahan, “it isn’t as if ‘the rules’ of [writing] genre are set in stone. No one has officially decreed that hard-boiled detective novels can’t break the fourth wall, or that sweeping period romances can’t also involve space assassins. And these books do more than simply mash two popular genres together: they force us to question the way we think about genre in the first place.”

Callahan’s point is perfectly illustrated by the Italian novelist, Italo Calvino. His experiential novel, If on a winter’s night a traveler steadfastly refuses to be one single genre—or even one single story. The protagonist of the novel is you (the reader), and you are trying to read Italo Calvino’s If on a winter’s night a traveler. But every time you turn a page, you find yourself deep

inside a different book entirely. What results is a nothing less than a meta-fictional tour de force that explodes practically every trope and fiction genre out there.

Yet, no matter how much we inveigh against it, genre fiction and literary fiction continue to wage war with each other. Genre fiction is indicted for being simplistic and formulaic, while literary fiction is damned for being self-important and dense. This tired and ageless debate has raged on for so long, its denizens of undead rival the numbers of zombies drifting in and out of Jane Austen’s drawing rooms. Sadly, it remains true that in most literary circles, genre books come with a caveat—which writer Neil Gaiman once colorfully described in an interview:

“By the time fantasy had its own area in the bookshop, it was deemed inferior to mimetic, realistic fiction . . . I was fascinated by the way that Terry Pratchett would, on the one hand, have people like A S Byatt going, ‘These are real books, they’re saying important things and they are beautifully crafted,’ and on the other he would still not get any real recognition. I remember Terry saying to me at some point, ‘You know, you can do all you want, but you put in one fucking dragon and they call you a fantasy writer.’”

And because chickens come home to roost, I’ll share that a publicist once summarized a mystery of mine as “The Big Chill meets Fried Green Tomatoes by way of A River Runs Through It.” 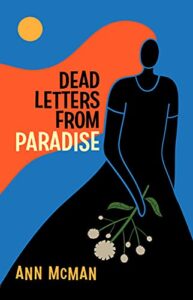 Ann McMan is the author of twelve novels and two collections of short stories. She is a two- time Lambda Literary Award winner, a Foreword INDIES medalist, a five-time Independent Publisher (IPPY) medalist, and a recipient of the Alice B. Medal for her body of work. Her newest mystery, Dead Letters from Paradise (Bywater Books) publishes on June 28. She resides in Winston-Salem, NC.

Horror? Crime? Both? The Custody Battle Over Edgar Allan Poe 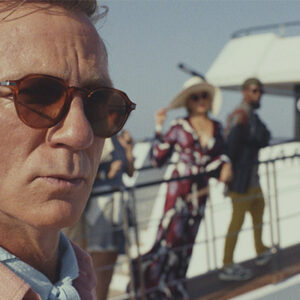 It's the moment we've all been waiting for! Or, one of them. The sequel to Knives Out has a title and a release date. The film...
© LitHub
Back to top