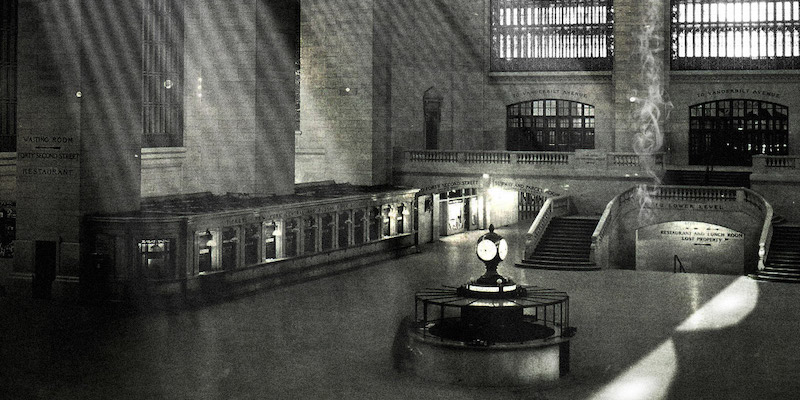 On The Mad Bomber of 1940s New York City

Long before the FBI’s Clarice Starling began picking Hannibal Lecter’s brain, before the TV geniuses of Profiler and Criminal Minds were doing their deep dives into the psyches of weekly bad guys, the Mad Bomber was at work in New York City. The new discipline of criminal profiling was born from the need to figure out who this man was and to bring him to heel.

In 1940 he left his first bomb at a Consolidated Edison plant in New York along with a note in block letters cut from newspapers and magazines that said CON EDISON CROOKS – THIS IS FOR YOU. In September of 1941 a second bomb was found on the sidewalk near the Consolidated Edison headquarters. It was a dud. Three months later, after Pearl Harbor and America’s entrance to World War II, the police received a note printed in those familiar block letters: I WILL MAKE NO MORE BOMBS FOR THE DURATION OF THE WAR – MY PATRIOTIC FEELINGS HAVE MADE ME DECIDE THIS – LATER I WILL BRING CON EDISON TO JUSTICE – THEY WILL PAY FOR THEIR DASTARDLY DEEDS… F.P.

He kept his word. The next one didn’t explode until March 29, 1951, six years after the war’s end. It went off in a sand filled urn in the lower level of Grand Central Station, startling commuters but harming no one. Another went off in April in a phone booth in the New York Public Library. In August he blew up a phone booth back in Grand Central.

The bomber’s devices were simple but well-constructed pipe bombs four to ten inches long, and a half-inch to two inches in diameter filled with gunpowder and with timers made from cheap pocket watches and flashlight batteries. He often used a wool sock to transport a bomb and to hang it from a hook or knob at the target. In the five years after his return to the scene, he set thirty-one bombs. Twenty-two exploded. Fifteen people were injured. No one was killed.

He hit Grand Central Station, Penn Station, the Port Authority Bus Terminal, the RCA building, the New York Public Library, and the subway system multiple times. He visited movie theaters from the Upper East Side to Brooklyn. While he watched the film, he would use a pocketknife to cut open a seat next to him and push an explosive into the opening. One went off in Radio City Music Hall during a performance of White Christmas, which clearly was not in the spirit of the season.

It was a more innocent time, before the grand scale public carnage of today, and at first the cops dismissed the bombs as the work of pranksters. As the bombing campaign continued, they re-thought that premise. The police had the bomber’s many letters to the newspapers. They had bombs that turned out to be duds. They followed leads to disgruntled former employees of Consolidated Edison, but traditional police work did not get them close to the man they hunted. They needed a new way of looking at the case. That door would not open until 1956.

We now live in a world of the highly competitive twenty-four hour news cycle, where the smallest public outrage is covered, probed, massaged, and dissected by everyone from CNN to the neighborhood blogger until all the juice has been squeezed out of it. Back in the Fifties, if one of the Mad Bomber’s bombs exploded, it might make the headlines that day, but it would soon disappear from the front pages. That changed in early December 1956. An explosion in the Paramount Theater in Brooklyn injured six people, one badly. The city had had enough. The next day Police Commissioner Stephen P. Kennedy announced “the greatest manhunt in the history of the Police Department.”

Back in the Fifties, if one of the Mad Bomber’s bombs exploded, it might make the headlines that day, but it would soon disappear from the front pages.

With traditional police methods getting nowhere, Captain John Cronin approached his friend James A. Brussel, a criminologist, psychiatrist, and assistant commissioner of the New York State Commission for Mental Health with the offbeat idea that Brussel might have some insights to the erratic bombing campaign and the man behind it. Brussel agreed to meet Inspector Howard E. Finney, head of the NYPD’s Crime Lab.

Finney showed Brussel crime scene photos, letters the bomber had sent to news outlets, and descriptions of the bombs showing the skill with which they had been made.

After a few hours, Brussel developed what he called a kind of “portrait” of the bomber. He was a middle aged single man, a skilled mechanic, probably suffered from paranoia, and was a former employee of Con Ed who had been fired or reprimanded. Brussel believed the bomber was of Slavic or Middle-European descent, that he was probably a virgin who lived with older female relatives in a northern suburb or Connecticut. Bizarrely, he said that when the police finally found him, he would be wearing a three-piece suit, and the suit jacket would be buttoned.

Parts of the profile were published in newspapers on Christmas Day 1956. The result was a tidal wave of bomb hoaxes and false confessions that peaked on December 28 with fifty false bomb alarms.

Meanwhile, Con Edison clerk Alice Kelly scoured Con Ed workers’ compensation files until she found a file marked with the words “injustice” and “permanent disability”. In it was a letter to Con Ed using the words “dastardly deeds”. The name on the file was George Metesky, an employee who had been injured in a plant accident in 1931. 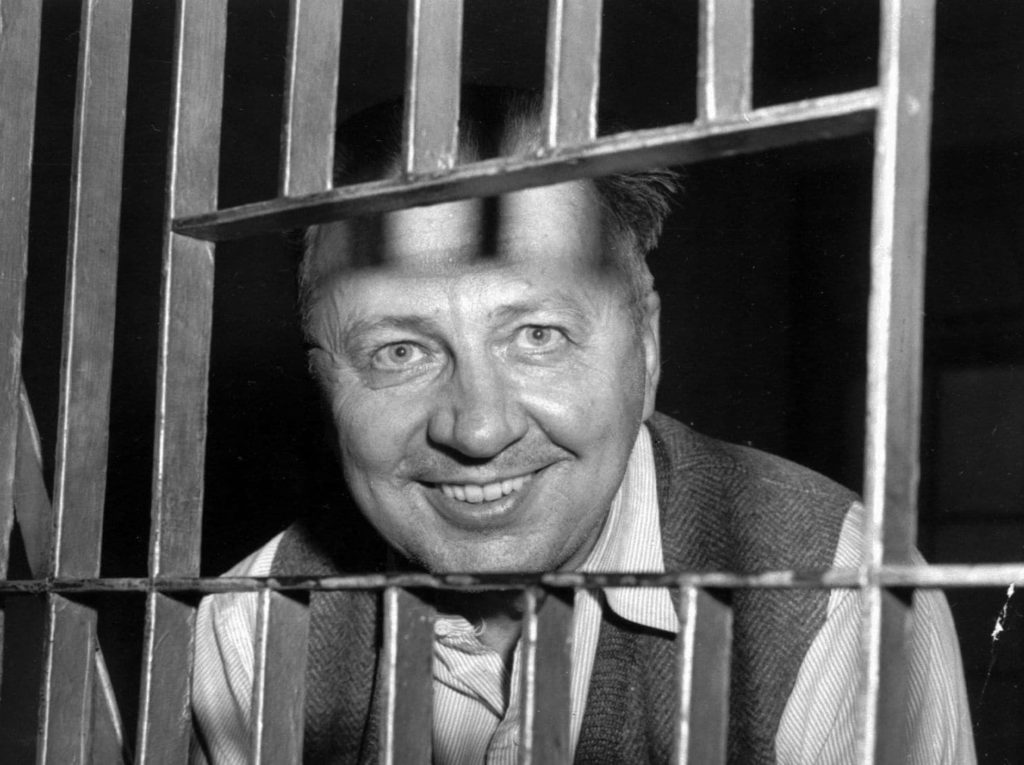 Metesky lived in Waterbury, Connecticut. The New York cops considered the Metesky lead just one of many, but they asked the Waterbury police to do a discreet check. Detectives went the house at 17 Fourth Street on January 21, 1957 for routine questioning and discovered to their amazement that George Metesky fit Brussel’s “portrait” in almost every detail. Except one: he was wearing pajamas. He immediately confessed to planting the bombs and explained that his signature, F.P., stood for “fair play”. Then he went into his bedroom to change. When he came out again, he was wearing a three-piece suit. The jacket was buttoned.

James A. Brussel’s “portrait” of George Metesky may not have been the first accurate offender profile that helped break a major criminal case, but Brussel was an avid self-promoter, and he wrote extensively about the Mad Bomber case. There is evidence now that he used the clarity of hindsight to add startlingly accurate details to his description of Metesky. Nevertheless, the publicity his work generated led directly to widely expanded use of criminal profiling by law enforcement agencies throughout the nation.

George Metesky was judged incompetent to stand trial and was committed to a hospital for the criminally insane. He was released in 1973 and returned to his home in Waterbury where he lived without incident until he died in 1994. Misguided as it might have been, Metesky’s bombing campaign was aimed at forcing Con Edison to redress the wrongs they had done him. Either through intent or good luck, he killed no one. It is a relatively benign record we potential targets can applaud.

David C. Taylor, author of Night Life, was born and raised in New York City. He spent twenty years in Los Angeles writing for television and the movies. He has published short stories and magazine articles, and has had an Off-Broadway musical produced in New York. He now divides his time between Boston and the coast of Maine.

The Best Political Thrillers You're Probably Not Watching 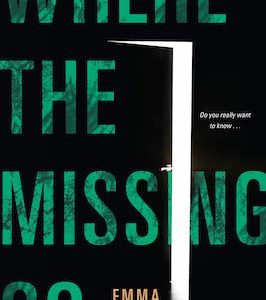 Two Years Missing I’m a bad mother. You’re not supposed to say that. Everyone was very keen that I didn’t blame myself....
© LitHub
Back to top