The Best Political Thrillers You're Probably Not Watching

We're in a golden age of geopolitical thrillers. Time to catch up.

We’re in a golden age of geopolitical thrillers. With rival real-life superpowers in D.C. and Moscow, each arming opposing factions in conflicts across the world, and cyber activity being weaponized in all sorts of terrifying ways, it’s no wonder we’re turning to a genre that reflects global conflict in its very structure. In an increasingly interconnected world, when the line between fact and fiction is so tenuous, there seems no genre more suited to the analysis of current events.

My personal relationship with the genre is less about the state of the world and more about my childhood, and growing up in a political—and progressive—family, where politics defined so much of our identity. We stuck out in an otherwise conservative and politically disengaged enclave of western New Jersey. (The lawn signs and patronizing bumper stickers about dissent didn’t help.) These were George W. Bush years, after all, a time when “Bushisms” were being commodified and Jon Stewart was erecting a media empire built on vitriolic glances and good timing. Adorned in the symbols, politics became a team sport for the un-athletic, a pastime permeating all corners of life. The line between politics and entertainment blurred (one was dressed in the robes of decorum, with a righteous air, the guise of public service), and by the age of ten I had clocked hours watching The West Wing alongside my parents, sitting through boring monologues and subtle tensions, refusing to admit that I didn’t understand the drama of political strategy. With age and time, I grew into the genre (but not out of the posturing) and got hooked on the way political strategies that developed behind closed doors played out in the public eye, by the thinly veiled intentions, the petty power moves, and the warring loyalties that make people wield and succumb to the pressures of the state. It made great drama, and drama, more than sports, satire, or symbolism, turned out to be what I liked.

Geopolitical thrillers more broadly raised the stakes, pitting these conflicts of loyalties and ethics against conflicts of identity—within a family, a community, and a nation. In this geopolitical boom, here’s some of the greatest TV on the airways. 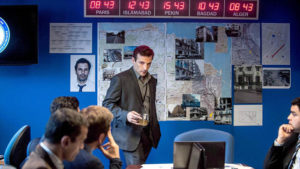 I have long been urging (unsponsored) the CrimeReads staff to subscribe to Sundance TV (which can be easily added as a channel on Amazon Prime), a scrappy streaming service in the AMC family with a special focus on high quality international programming and true crime. The $6.99/month is worthwhile for many good reasons, but I assure you, just this one suffices—The Bureau. Starring Mathieu Kassovitz (Amelie, Le Haine) as Malotru, the indomitable French spy who, after six years undercover—befriending people, gathering information, inauspiciously falling in love in Damascus—resumes a stilted life back in Paris. The intelligence officers at the DGSE are perfectly cast and finely drawn, each grappling with the emotional toll of living under false identities for years as missions unfold across the Middle East. Restrained, understated, but never sacrificing tension or momentum (watching blinking dots on a computer screen as they track a moving target has never been so tense), this show’s four seasons are near-perfect as strained loyalties weigh on the heart, tugging that ever-fraught relationship between personal and political. 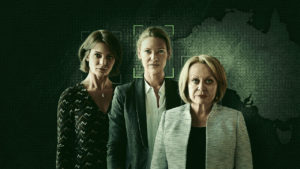 If you don’t mind a bit of heavy-handed snark, this thriller expertly explores the dramatic potential of Australia’s geographic location, caught between competing superpowers as China and the United States vie for the country’s allyship. The Australian capital of Canberra, a planned city in the spirit of Brasilia, is a compelling and disconcerting setting for a show that, amidst man-made waterways and skyscrapers, seems to foreshadow the global tensions of a democracy caught in the crosshairs of more powerful empires. Anna Torv (Fringe, Mindhunters) plays a political journalist who stumbles upon a mutilated dead body, and doggedly pursues the case as it spirals into a dangerous conspiracy involving encrypted video, darknet, and warring political allegiances. It’s a new sort of Cold War, one free of ideological pretexts as China is communist or democratic in name only, and the power-hungry United States no longer hides behind righteous illusions. 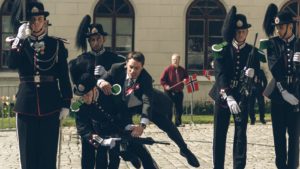 This near-future premise, imagined by Nordic Noir maestro Jo Nesbø, finds the Prime Minister of Norway, an idealistic Green Party politician, ceasing nationwide production of oil and gas. The US has also recently withdrawn from NATO, and civil wars are ravaging the Middle East, inciting a global energy crisis that the European Union—and Russia—will do anything to alleviate. The series begins with Russia kidnapping the Prime Minister in a helicopter and threatening military invasion unless he agrees to a tenuous deal in which oil production continues temporarily under their supervision. But what appears to be a partnership is in fact an invasion, and little by little, we come to see how a democratic society becomes morally corroded as Norway is forced to reckon with its loss of sovereignty. Told through the eyes of two close observers, a bodyguard for the Prime Minister and a leftwing journalist, we see the everyday compromises regular people are forced to make in the face of a destabilizing occupation. Unsurprisingly, the real-life Russian embassy in Norway is not thrilled. 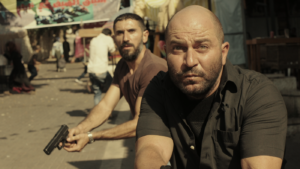 There are a number of IDF shows floating around Netflix these days—some excellent, others glorifying Israeli intelligence and the manifest destiny of Zion with the rabid fervor of a Clint Eastwood film. While the Israeli perspective is undeniable, it’s a relatively even-handed depiction with nuanced Palestinian characters and conflicts that challenge easy political conclusions (too even-handed, some would say, depicting an equality of suffering in a disproportionate conflict). But this is TV, not politics (right?), and it’s quality entertainment, of the kind that might even make you forget (to a fault) that these assassinations are more than a game of cat and mouse. We follow an undercover unit of the Israeli army called the Mista’aravim, which plants Arabic-speaking soldiers in the West Bank to track and kill anti-Israel terrorists. Tune in sometime in 2019 for the much-anticipated third season as the unit heads to Hamas’ underground tunnels in Gaza. 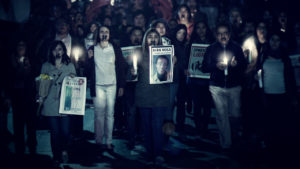 Made in partnership with Fusion Media Group, this Spanish-language political thriller stars Damián Alcázar (Narcos) and follows the reporters of Tijuana Weekly as they cover the assassination of a Mexican presidential front-runner. Soon enough, they’re in over their heads as the dangerous investigation threatens to expose deep-seeded corruption. Daniel Posada of “El Chapo,” the first Netflix-FMG co-production, is a showrunner. It’s All the President’s Men meets David Grann’s brilliant 2011 longform investigation “A Murder Foretold,” with the stakes raised by the reality of journalism in Mexico; as we learn in the pilot, it’s the most dangerous country in the world for reporters, especially political reporters, with whom every step toward the truth is a step closer to death. 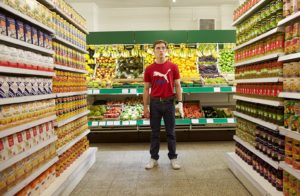 This very sleek spy series is tense and fun, a taut story with a thumping soundtrack, so you can sit back and drink in the suspense of the ‘80s without having to panic about armageddon. For fans of the astounding show-of-the-decade, The Americans, Deutschland treads in similar terrain, following Martin, a 24-year-old East German soldier as he goes undercover and enlists in the West German army to glean military secrets, only to be ensnared, slowly but surely, by the discovery of a new world, of Walkmen and women and fast food, as the allure of the West threatens his ideological faith. The first German language series to air on a US network, Deutschland 83 was met with international critical acclaim and received a 2015 Peabody Award. Season 2, Deutschland 86, delves into communist and western influence in Africa, finding East German intelligence in South Africa. It’s the most popular foreign language drama in the history of British television, which is all to say, do like the Brits and stop finding excuses to hold out on Sundance TV. 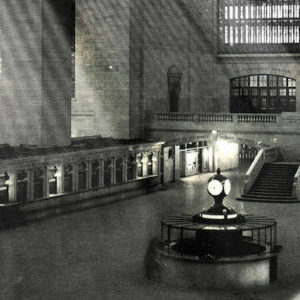 Long before the FBI’s Clarice Starling began picking Hannibal Lecter’s brain, before the TV geniuses of Profiler and Criminal...
© LitHub
Back to top