Volker Kutscher’s Babylon Berlin was the crime writing hit of 2016 in the UK. Berlin is a sprawling, complex roman policier featuring Detective Inspector Gereon Rath and set in the seedy world of the demi-monde of 1920s Weimar Berlin. It captured readers’ imaginations and quickly became a bestseller, helped along by the rapid publication of a second in the series, The Silent Death. Then at the end of last year Babylon Berlin became a bestseller all over again thanks to premier of Sky TV’s excellent and atmospheric adaptation of the book. The nightclubs, cellar bars, rain slicked strasse and crowded bahnhofs all came vividly alive.

And now the Babylon Berlin karneval is coming to America. Picador US has released Babylon Berlin this week; The Silent Death is slated for publication in the summer. Fortuitously Netflix will begin screening the TV series from January 30th (with subtitles, rather than the annoying dubbing they sometimes opt for).

Of course, the UK and the US are way behind Germany. The Cologne-based publisher Kiepenheuer & Witsch (often called KiWi) who’ve had Detective Inspector Gereon Rath since 2008 after Volker Kutscher, a former local newspaper editor, offered them Der Nasse Fisch (The Wet Fish). KiWi loved it, and published it to immediate acclaim and good sales. A major new series was born: there are currently seven Gereon Rath novels in German. Since then The Wet Fish has become Babylon Berlin and an international bestseller. Gereon Rath’s homicide cases have plenty of twists and turns, and so, as it turns out, does the process of how we in the English-speaking world came to hear of him.

Dingwall, in the Highlands of Scotland, is a long way from Weimar Berlin. But it’s where Gereon Rath has come to reside in the offices of Sandstone Press. Forget the Georgian squares of Bloomsbury, Sandstone Press have by far the most impressive views of any UK publisher, away towards the Cromarty Firth, almost 600 miles north of London. Sandstone was founded in 2002 by Robert Davidson and has grown into a publisher with a highly varied list including a separate imprint, Lasag, that publishes in Scots Gaelic.

The story goes like this: Davidson was at the Frankfurt Book Fair listening to endless rights pitches from endless publishers. At the end of one session with KiWi he hadn’t heard anything that interested him. Meeting over, everyone stood up to shake hands shuffling to move tables for the next round of pitching. As a parting shot KiWi pitched Volker Kutscher and The Wet Fish.

Davidson, who doesn’t speak or read German, says he was sold pretty much instantly—1929, Weimar, echoes of Isherwood’s Sally Bowles and Cabaret, the political turmoil of Germany and the descent into Nazism. It was evocative and compelling, as well as, to Davidson’s thinking, full of themes that might resonate and rumble in today’s fractious and troubled Europe. SOLD.

Davidson’s problem though was that Sandstone—though innovative and experienced in producing beautiful books—is a relatively small operation. Babylon Berlin is over 500 pages long. It’s a massive translation job and an expensive one too for a small publisher.

Scotland has a great literary support network starting with Creative Scotland, the Scottish Arts Council, and various other institutions, such as the Scottish Book Trust and Scottish PEN. But it was to be the Goethe Institut in London (the UK arm of Germany’s worldwide cultural institutes network), with additional support from XPONorth (Scotland’s leading creative industries festival based in the Highlands city of Inverness) that came through. These two main funders helped out while Davidson sought to find smaller amounts of money elsewhere to make up the total he needed to make sure translator Niall Sellar could get to work. It took a lot of meetings and a lot of phone calls and was, Davidson recalls, “high risk” as to whether having acquired a thick German book he could then get it rendered into English.

Davidson’s masterstroke perhaps was to insist that he got worldwide English rights and not just the UK rights. Once Sellar had delivered the translation Davidson was able to start recouping his investment not just through UK sales but by selling the Australian and New Zealand rights to Allen and Unwin in Sydney, and the American rights to Picador in New York.

Stephen Morrison, the publisher at Picador based at their Manhattan offices, had met Bob Davidson in Edinburgh while visiting on a Publishing Scotland Editorial Fellowship to let international publishers meet and greet their Scottish counterparts in 2016. Back then Davidson and Sandstone were in the final stages of their preparations to launch Babylon Berlin in the UK and, Morrison recalls, “already they were building amazing buzz for it.” Several months later back in Manhattan Morrison made the decision to buy the series. He was attracted to the novel’s “layering and intricacy of the world, the characters and the sense of time and place… as well as, of course, the glimpses into the underworlds of Berlin in the 1920s and all the different forces impacting the city at that time and the crucial years to follow.” Morrison also felt that though a number of Anglophone writers had fictionalized this world and time period such as Philip Kerr, Joseph Kanon and Alan Furst, it was “particularly exciting to read something written about the period by a German writer.”

It’s also a tribute to Davidson’s clever marketing that Morrison has opted to stick with the cover Sandstone commissioned from Brighton-based designer Mark Swann. It’s a cover redolent of the period and the contents and has proved to be a great favorite of bookshop window decorators the length and breadth of the British Isles.

And so American readers can now enter the tense and complicated world of Gereon Rath thanks to a testing path that started in Cologne via Dingwall in the Highlands of Scotland across to New York City. If the book excites readers in America as much as it has in Europe and the TV adaptation sees viewers race ahead to the next book, then Bob Davidson will be ensuring that he has rights to all the books in the series. Hopefully the great sales of Babylon Berlin will mean he hasn’t got to bash the phones so hard to get the translation money in future. Right now, Sandstone are working on the translation of the third Gereon Rath book, Goldstein. 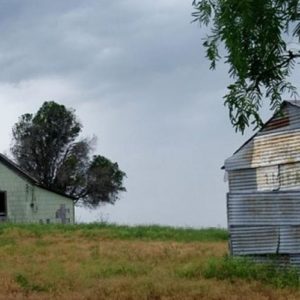