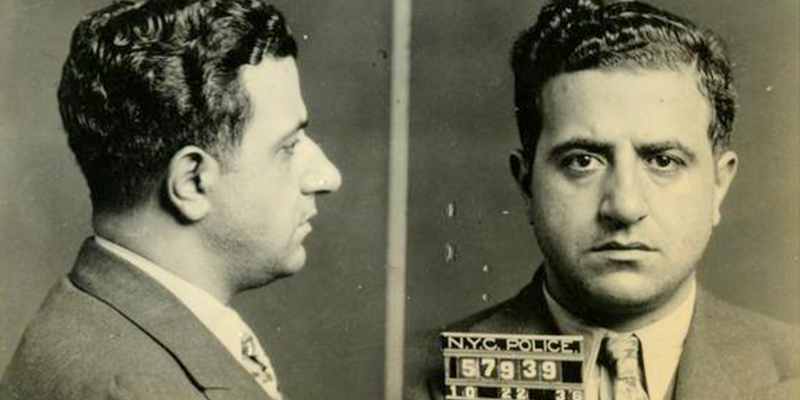 On the tumultuous youth of Umberto Anastasia, the "Lord High Executioner" of Murder, Inc.

Even before he became known as Lord High Executioner—the versatile killer who become boss of the legendary Gambino crime family and ran Murder Inc. for Lucky Luciano—Umberto Anastasia was used to death. People dying left and right was normal to him.

When little Umberto was three years old, there was an earthquake in his hometown of Tropea, Italy, that crumbled everything for miles around. The quake itself, epicenter in Monte Leone about eight miles to the east of the Anastasia home, caused a panic, and many were injured as they ran in terror. In the aftermath, the homeless lived in tents that gave the countryside the appearance of a military camp. The quake caused an old sulfur spring to run dry, so that it emitted nothing but mud and foul smelling gas. The River Messini swelled, becoming a tumultuous combo of hot and cold water. Sulfur gas rose from the churning waters. Everything stunk to high heaven.

Unlike less lucky areas in Calabria, few people died in Tropea, but there were thousands of wounded. The reason for the lack of fatalities was that there were warning signs that the earth was about to crack open. The underground rumblings were such that most people were outside and out in the open when the quake hit.

After the quake, folks walked along the beach where the post-quake waves had deposited thousands of fish to die, including one shark that had been swept ashore just as it bit into the tail of a swordfish.

Those without shelter slept in gardens and under trees. The bishop said mass at a makeshift altar near a disembodied railroad car. That was the first big quake. It was nothing compared to the one that followed three years later.

The Big One came when Umberto was six years old, three days after Christmas, 1908, the most destructive earthquake in European history. It struck in the middle of the night. Five a.m. Most everyone was in bed, most vulnerable. History books will tell you that it was a 7.1 on the Richter scale, but truth is, they’re guessing. The quake pinned the needles in the primitive measuring equipment of the day. It felt as if the whole toe of the boot of Italy was going to fall into the Mediterranean. The Bishop of Tropea counted five-hundred churches in his diocese destroyed by the earthquake.

Rescue workers at the scenes of the worst damage were traumatized by what they saw. Entire towns and small cities had been flattened. Fourteen-thousand dead in Paimi, twelve-thousand dead in Reggio, two-thousand of them soldiers. Nothing remained intact. Walls and floors crumbled, sometimes into small chunks. One of the first rescue efforts was by rail, but it came up way short as the quake had wrecked all tracks for many miles around.

The nightmare was vivid in the far-away stares of those who survived it.

The nightmare was vivid in the far-away stares of those who survived it. Rescuers told of living dead moving in lawless groups, packs of monstrous looters. The civilized world ceased to exist and savage instincts were boss. Stripped of humanity itself, they cried out for all of their earthly needs: food, shelter, clothing, and medical attention.

Most horribly, one pack of gray dust-covered figures scavenged like coyotes, dehumanized by desperation, naked some of them— clothes torn off while they extricated themselves from sharp rocks and rubble—skinned, bleeding, scuttling about like spiders in the chalky dust, sticking their boney hands into the pockets of the dead. Looters such as these, when seen by law enforcement, were shot on the spot.

The tidal wave was as harrowing as the earthquake and its aftershocks. It was during this part of the disaster that Umberto Anastasia’s home village caught a break. Other villages were wiped from the face of the earth by an ebb and flow both angry and greedy. Even more destructive than the incoming wave was the withdrawal of the water that both preceded and followed it, sucking and then sucking again large chunks of Italy out by the roots like a decaying tooth, a deadly phenomenon caused by a hole forming in the bed of the Mediterranean. Those 210 stone steps that took you from the beach to the village served as a breakwater, as the first and largest wave was estimated at thirty-two feet, and prevented little Umberto from being drowned.

When the sea returned to normal, the visible waters off the Italian shores were speckled with the carcasses of dead animals and various wreckage. Ships at sea were at the mercy of the tidal wave. Some managed to make it to a port with damage, or ruined cargo—many were neither seen nor heard from again. Threat of disease terrified the living.

Death was everywhere, not just decomposing human bodies but animals, too—rotting that brought rats and rats that brought disease. Bodies, human and otherwise, were piled up in the street and torched. When rescuers asked survivors what supplies were needed the most, strong disinfectants to sanitize the maggoty areas topped the list.

It was a world of orphans. Many surviving children had lost their parents. They were numb with grief and stricken with terror. A nice life had transformed into a nightmare in the blink of an eye.

Everyone in Umberto’s ravaged town wanted to know more about this place in America called Brooklyn. When a rare letter arrived in the mail, people gathered to hear stories of Williamsburg, Red Hook, Bushwick, and Greenpoint.

Another connection between Brooklyn and Italy in 1909 was the Black Hand, which had been powerful in Italy for years but recently spread to New York City. In March 1909, New York Police Lieutenant Joe Petrosini went to Sicily to hunt Black Handers and was there for only a matter of hours when he was blown away with four shots from a revolver.

Umberto’s homeland was dealt a blow from which it would never bounce back. The numbers were staggering: maybe 200,000 killed in the quake, aftershocks, and resulting tidal wave. There were reportedly 293 aftershocks!

Umberto saw it and heard it and felt it all, and he emerged from the nightmare a boy without a conscience, a boy who believed life was cheap, that it was okay to climb atop the ghosts of those in his path, cold as ice. The mass exodus to America started immediately. Cargo ships docked along the Calabrian coast set sail with their hulls jammed with refugees.

So he maybe didn’t feel it the way others in Brooklyn did, but in 1918 there were a shitload of people dying, both in Brooklyn and Europe. Many young men were going off to war and being gassed in the trenches, but it was just as dangerous stateside where thousands of people began dropping dead in New York City. It had nothing to do with mob wars or the Black Hand or guys getting whacked. The deadliest epidemic in American history was stealing away the young and the healthy. The influenza pandemic and the Great World War had teamed up to prune the earth’s human population. Not since the days of the plague had humanity so turned blue and dropped dead.

The flu was even deadlier than the war. About fifty million people died of the flu in 1918, about 675,000 of them in the U.S., and about thirty-thousand of those in New York City. The worst of it was during the autumn, when close to five hundred otherwise sturdy people were dying of the flu every day.

Hospitals were overwhelmed. Many got sick and expired at home, giving the germs plenty of time to infect the rest of the household. The pandemic caused life expectancy to drop in America by twelve years, to less than thirty seven years for men.

The flu killed directly, of course, but it also caused mass tragedy in unexpected ways. On November 1, 1918, the dad of a little girl who’d just succumbed went to work as a substitute train motorman on the Brighton Beach line, grieving and without sleep. Approaching the Prospect Park stop, he tried to take a sharp curve into a tunnel under Malbone Street at full speed—an estimated forty miles per hour instead of the recommended three—hit the side of the tunnel entrance and derailed his train. As the cars were built of wood, they splintered into spear-like shards and impaled the passengers. Ninety-three died. Many others were maimed horribly. The disaster was so famous that the name of Malbone Street was changed to Empire Boulevard. All hospitals were full of flu patients, so triage was set up on the green lawn of the nearby ballpark, the four-year-old Ebbets Field.

World War I still had sixteen days to go, and the flu, like the train approaching the tunnel, showed no signs of slowing down. Stroll around Green-Wood Cemetery someday, in the older sections. It seems like every other poor soul died in 1918. Mass death followed Umberto from Tropea to Brooklyn. 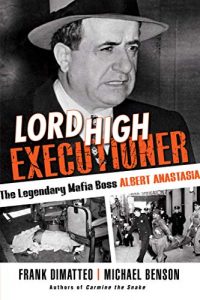 Frank Dimatteo is a lifelong Brooklynite, Mafia “survivor,” and publisher of Mob Candy magazine. He is the author of the acclaimed memoir, The President Street Boys: Growing Up Mafia, as well as Mob Candy’s Brooklyn Gangsters and Manhattan Gangsters. Michael Benson is the author of more than sixty books, including the true crime titles Betrayal in Blood, Killer Twins, and Mommy Deadliest. He also wrote Who’s Who in the JFK Assassination, and most recently, The Devil at Genesee Junction. He regularly appears on ID: Investigation Discovery channel, including On the Case with Paula Zahn, and Deadly Sins. He is the recipient of the Academy of American Poets award. 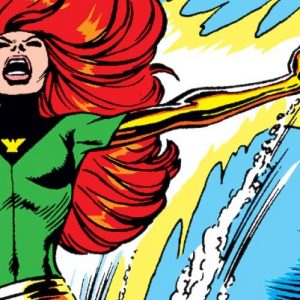 By any standard, Chris Claremont’s original, 17-year run as writer of the X-Men comic book series is legendary. During...
© LitHub
Back to top