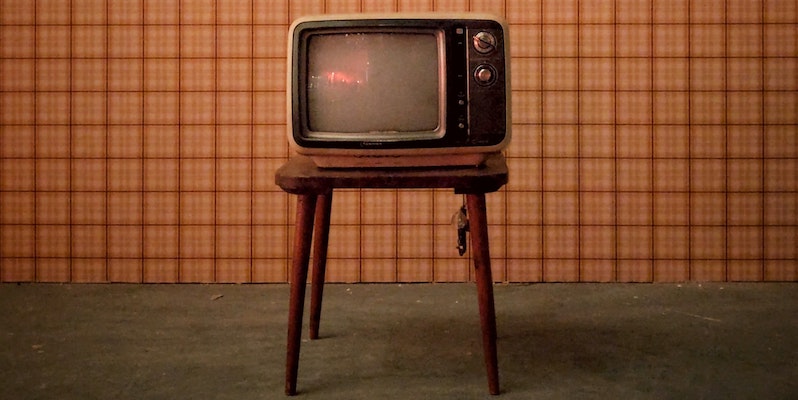 An Ad-Man's Secrets for Keeping Your Readers on Their Toes

As we witness ravishing scenes of a clearly-in-love couple exploring Venice, we hear the woman’s voice-over rhapsodizing about always wanting to visit Venice with her boyfriend Tom—but him never taking the initiative. But these are modern times, she muses—and she has the spending power of a Visa Gold card to book the trip on her own. Tom was so surprised, she finishes. Whereupon her male companion breaks the fourth wall—stares at the camera with a confused look—and says in sub-titled Italian: Who’s Tom?

Stephen Hawking is explaining the complex mysteries of the universe through his eye-movement-activated computer. Black Holes. Quantum Physics. String Theory—as various mathematical equations, solar charts and obtuse theorems drift on and off the screen. When he finishes his mini-dissertation, we reveal he’s been talking to what looks like his 12 year old son—who blankly stares at him and says: All I asked was what’s the capital of France? Hawking raises an eyebrow. I don’t know. AOL Homework promises to help parents who don’t know all the answers.

A little English girl asks for a bedtime story. We hear her mother tell the girl that when she grows up she’ll meet a handsome prince who’ll sweep her off her feet, carry her away to a beautiful castle, marry her and give her everything her heart desires for ever and ever. Of course, she says, if it doesn’t work out—you’ll need to know the difference between a P.E. ratio and a dividend yield. It’s Sarah Ferguson, Duchess of York—just recently divorced from Prince Andrew. Schwab promises to make anyone a smarter investor.

These spots and numerous others I wrote over the years in advertising relied heavily on twists. So it wasn’t the worst training ground for a burgeoning thriller writer. Surprise can make us smile, as it hopefully did in these ads. And surprise, of course, can make us gasp—and go tearing back through the previous pages of that thriller we’ve been ripping through to confirm that of course, we should’ve known it all along.

Advertising wasn’t my only influence on the art of the twist. As a kid, I was a huge fan of O. Henry, whose short stories usually ended with a surprise you never saw coming (see The Last Leaf for one glorious example). I also devoured every Twilight Zone episode ever made, where twists were virtually de rigueur. My favorite—an episode where seemingly benevolent aliens come to earth and immediately begin eradicating all sickness and famine while beginning an exchange program with us grateful earthlings. Unfortunately, American code-breakers finally decipher the book they left behind bearing the title of this episode: To Serve Man. Don’t get on that ship, the codebreaker yells at her fiancé about to board a spaceship on his way to their planet—it’s a cookbook.

Twists weren’t solely delivered by Rod Serling and O Henry. I drove a cab in NYC during college—the night shift, where I came face to face with both high society and numerous denizens of the lower echelon around a then-seedy Times Square. One evening at an all-night coffee joint, I witnessed a nun gently gliding from table to table soliciting donations. When the proprietor politely asked her to leave, she reared back and drew a knife out of her habit. That image has stuck with me over the years—a nun, a knife, a shock.

Sure, twists can jolt us, unnerve us, and frighten us, but if they’re well executed—and if you’re not actually face to face with a suddenly murderous nun-—they generally delight us. The way a roller-coaster turns fear into thrill. And that’s what we’re looking for in a thriller, isn’t it? Thrills. Along with characters we care about and a story that grips us.

In advertising we needed to accomplish these twists in 30 seconds as opposed to 300 pages.

In advertising we needed to accomplish these twists in 30 seconds as opposed to 300 pages. But the principle is pretty much the same. Let them think it’s going one way—and then make a high-speed u-turn. Seat-belts required. Just always make extra sure the sign-posts line up with the eventual destination.

A thriller was born.

In my first marriage, we adopted two beautiful babies from Colombia. And as these two strangers were placed into my arms, I wondered what if they weren’t the right babies—what if, well, they’d been switched?

Another thriller was birthed.

And the what ifs don’t have to come from my own experience.

There was a national news story some years back about a reporter for a respected publication who’d been exposed as a serial liar. Someone who’d written fantastical stories that turned out to be virtually made up. What if this disgraced reporter ended up in some small town weekly where he stumbled onto a real story so incredible it was almost impossible to believe? And what if that was precisely why he’d been chosen to be the one to discover it?

Unlike many authors, I don’t outline my thrillers. The negative to not outlining is you can sometimes write yourself into a corner, and then spend many anguished days trying to figure a way out. The positive is finding out what happens very much as the reader will. After all, just like the reader, I don’t know what the next twist will turn out to be yet.

The genesis of Safe was a documentary I caught years back in a small art theatre that stuck in my head and wouldn’t get out. It was about a young man who may or may not have been the boy kidnapped from a small Texas town many years ago. I began imagining an 18-year-old girl coming back to the family she’d been snatched from as a 6-year-old. What those years in captivity may have been like for her. How her family might react to her suddenly being back home. And then what if…..

Well, I’ll hopefully leave the rest for you to discover.

But since this article is about twists, I’ll leave you with a last one. S.K. Barnett is a pseudonym, and the first letter of the first five words in one of the preceding sentences spells out my actual first name.

S. K. Barnett is a pseudonym for a New York Times bestselling author whose previous book was turned into a major motion picture. His book Safe is now available from Dutton.

The policemen have made themselves at home. They’re relaxing on the couch in front of the empty space where the TV used...
© LitHub
Back to top