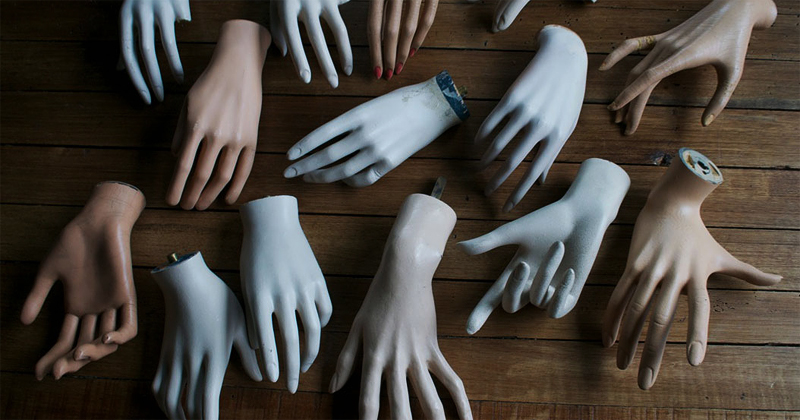 In Such Small Hands, We Return to the nightmare of childhood

The following essay originally appears as the afterword to Andrés Barba’s Such Small Hands.

Every once in a while a novel does not record reality but creates a whole new reality, one that casts a light on our darkest feelings. Kafka did that. Bruno Schulz did that. Now the Spanish writer Andrés Barba has done it with the terrifying Such Small Hands, which introduces us to the psychosis of childhood emotions and midnight rituals. This is a unique book.

It is reputedly based on an incident that occurred in Brazil in the 1960s, in which the girls at an orphanage took the life of another child and played with her body parts for a week. But Such Small Hands is not a grisly fait divers. Following the lead of Jean Genet, who in The Maids turned a newspaper account of two psychopathic servants killing their mistress into a strangely hieratic, ritualistic tragedy, Barba has subsumed the grand guignol aspects of the bloody anecdote into a poetic meditation on love and childhood.

To signal that he doesn’t intend for his novel to be just a psychological study of little Marina, unable to express her grief after her parents’ death, Barba has introduced a Greek chorus of the other orphans. They are all in love with her; her introduction into the orphanage has changed their lives. She is beautiful and small and delicate. She has a mysterious scar on her shoulder caused by the same car accident that killed her parents; it seems almost like the scar where an angel wing was removed. The orphans are fascinated by Marina who, after all, lived a normal middle-class life with indulgent parents until recently; she has only lately joined their ranks and become orphaned.

Everything she does steals their attention. For instance, for a while she stops eating, repulsed by the sight of other girls stuffing their mouth holes. She seems somehow purer and stronger because of her fasting.

Then she invents a game in which each night, after lights out, Marina chooses a new girl to play the doll—passive, silent, asleep, motionless. Each “doll” is stripped of all her clothes and dressed in a special scratchy outfit. The girls are nearly hypnotized by this game, perhaps because it appeals to everyone’s fear (and forbidden wish) to be turned into an object, without a will or even motility, the unconscious target of everyone’s attention, utterly without responsibility for one’s actions (since one has none). Marina seems to understand the appeal of the game she has devised; she hints that she will be introducing a game hours before she reveals its exact rules and builds up enormous suspense and curiosity.

“Tonight we’re going to play a game,” she said.

Ever since her parents’ death Marina has been playing with a doll given to her by a psychologist, perhaps for companionship, perhaps as a means of externalizing her bottled-up grief. The other girls, torn between their desire to love Marina and to hurt her, steal her doll and return it only limb by limb, in a terrible prefiguring of the catastrophe of this drama.

Although Such Small Hands is constructed around a plot that has all the inevitability and dignified horror of a Sophoclean tragedy, we read it with intense pleasure not just for its trajectory but for the ingenuity of its prose. As we submit to its murmuring cadences we thrill with the recognition not of familiar, ready-to-hand feelings but of long-forgotten ones. The psychologist Jean Piaget posited that children pass through stages of cognitive development that radically affect our perceptions of the world; if we could suddenly enter the consciousness of a child we would understand nothing since a child’s mental life is organized by entirely different schemas than those used by an adult.

Barba is not a scientist and his book is not the demonstration of a theory, but when we read a paragraph like this one about a dormitory of sleeping girls we are convinced that we are plunged into an archaic system of perception that we’ve forgotten but that is oddly reminiscent:

All together, they looked like a team of sleepy little horses. Something in their faces slackened, became friendly. They slept with an unbearable patience. When they were asleep they were like an oil painting, they gave Marina the impression that different faces rose up from beneath their faces, faces that bore no resemblance to their daytime voices: peculiar, polished faces. They had a defiant, challenging quality about them despite being at rest, like dozing predators.

This roiling, unstable perception of the surround reveals the almost psychotic, oneiric processes of a child’s mind that has not yet been able to understand the notion of object constancy, that doesn’t realize that there are things out there that remain the same no matter how they are illuminated by our imagination. Everything for a child is in flux, dangerously so, and Barba captures perfectly this seasickness, this instability.

When the girls cluster around Marina’s bed to play the dolly game, the chorus says:

How did our desire begin? We don’t know. Everything was silent in our desire, like acrobats in motion, like tightrope walkers. Desire was a big knife and we were the handle.

Anyone who has ever fallen asleep during a lecture knows that the mind instantly starts producing images as one is half aware of the setting and the speech, little cartoons that try to make sense of the waking and sleeping realities. This is the unmoored, precarious image-making of Barba’s girls. They can’t explain what they’re feeling nor why, they can only paddle in this ghastly fluid between reality and fantasy. Barba has returned us to the nightmare of childhood.

Edmund White (b. Ohio, USA, 1940) is the author of many critically acclaimed books, the most recent being The Unpunished Vice. He was made an officer in the French Ordre des Arts et des Lettres and won a literary prize from the Festival of Deauville. He now teaches at Princeton University. His acclaimed autobiography, My Lives, was published by Bloomsbury in 2006, while his play, Terre Haute, was published by Methuen Drama in 2007. 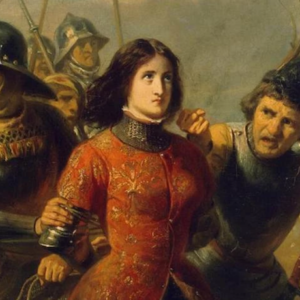 Chicago has had a mild winter in 2017, so much so that the lagoons near my home, which often freeze solid, had only a thin...
© LitHub
Back to top