Learning the Courage to Write, and to Keep Fighting

Chicago has had a mild winter in 2017, so much so that the lagoons near my home, which often freeze solid, had only a thin ice cover in January. As my Golden Retriever danced on the ice one morning, she fell through. The ground’s disappearance terrified her. She began thrashing in the water, unable to hear me coaxing her toward shore.

I lay flat on the ice and skittered out to the edge, where I grabbed my girl as she flailed past me. I pulled her up next to me, but our combined weight broke the shelf and we both fell in. I got her back to shore by lifting her onto successive ice patches until we could climb out.

It was Little Women that trained me how to handle this crisis: when Amy falls through the ice in the Charles River, Laurie lies flat, distributing his weight, and pulls her out. Little Women was one of the defining books of my childhood. I read it so many times I can still recite chunks of it.

The year I turned ten, my parents gave me another defining book: Mark Twain’s Personal Recollections of Joan of Arc. They were alarmed by the intensity of my nature; they wanted me to see the dire fate that awaited girls who experienced life too passionately. I was supposed to read about Joan’s death and realize that the big world was too dangerous for girls: I should learn to prize domestic duty, à la the March sisters.

Instead, Joan of Arc fueled my ardor. I longed for a vision as grand as hers; I longed for the strength to see it through, even if the end—or maybe, especially if the end—was a pile of faggots in Rouen’s market square.

The March family and Joan of Arc were templates for my life. Both suggested immolation as a worthwhile female goal—whether inside a domestic straitjacket, or burnt up in the service of a weak and feeble king.

The four March sisters each had an artistic gift, but they learned to subordinate their talents to the Angel in the House—the name the Victorian minister Coventry Patmore gave to the loathsome desideratum of female self-destruction. Elizabeth Barrett, Virginia Woolf and I myself have done battle with this angel, but she is pernicious.

Alcott shows her own ambivalence between ambition and domesticity over and over in her fiction: she has bold and ambitious girls who grow up to be doctors and artists, but the March sisters, who present the idealized version of Alcott’s own life story, can’t escape the angel. At the end of Little Women, Jo, the writer, and Alcott’s avatar in the novels, is married with two sons. With her husband, she’s running a school for boys, following the methods of Louisa’s father, Bronson.

Jo dreamed once of writing great novels, but in the last pages of Little Women, she says to her older sister Meg, whose abandoned gift was acting, “The life I wanted [as a girl] seems selfish, lonely and cold to me now. I haven’t given up the hope that I can write a good book, but I can wait.”

As a girl with four brothers, who was expected to stay home cleaning the house and baking pies and cookies, while the boys went off swimming or fishing with Dad, the message of Little Women fit me uneasily. Like Jo, I wrote, but my father said my stories were derivative, while my mother told outsiders that I dabbled, but my brothers were the real writers in the family.

I felt angry and trapped: I wasn’t clever at escaping. No saints gave me visions, no lovers enticed me to runaway. All I could do was create alternate universes in my head. I wrote them down, my private stories of heroic girls—they crossed the Siberian landscape, shepherding younger siblings from the ravenings of wolves and of Cossacks; they were famous scientists washing dishes while they hid from the KGB; they sheltered runaway slaves from Simon Legree.

Later, those heroic girls came together as VI Warshawski. It still astonishes me that my stories, contrary to family dicta, find readers.

Like Joan of Arc, VI’s ardor for justice and for her friends in peril pushes her almost to the brink of extinction. I didn’t realize until I started this essay how many times VI faces real fire in the novels: in Hardball, she is almost killed in a fireball. In Burn Marks, she pulls her drunken aunt from a burning building. Her apartment is torched in Killing Orders. In the non-series Bleeding Kansas, fires consume the Kansas countryside.

The trouble with blending Joan and Louisa is that you never feel you’ve given enough. If you’re raised to serve others, but your service model is immolation, you don’t see any way to quit until the flames claim you.

I came to Chicago as a teenager to work in the Civil Rights movement. For 50 years, I have been fighting for women’s rights to be adults, to make our own decisions about our reproductive health. I organized the advocacy group Sisters in Crime. I’ve tutored, mentored, committed my share of domestic duty, looking after husband, stepsons—and dogs. I tell myself these things, trying to give myself permission to stop, to make writing the center of my life, but nothing I do ever feels like enough.

What I need is a new model, one where I step back, turn the barricades over to younger, smarter brains, and retire to the Sussex.

I long for heroes, though, and I don’t see them raising bees. I see them in the Russian poets, Akhmatova, Mandlestam, and Ratushinskaya, who courted death by writing their own deepest-held truths. And so, with the republic in peril as never before, the girl detective and I will put our rusty armor back on, and hoist our frail bodies onto our aging steeds.

Sara Paretsky is renowned as the creator of the VI Warshawski series of detective novels; her 2007 memoir, Writing in an Age of Silence was a National Book Critics Circle Award finalist. 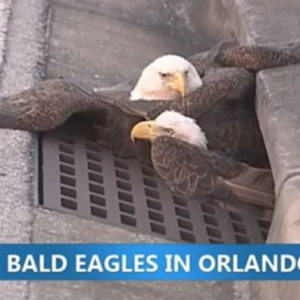 So it’s now a running joke that a weird or unsavory news story about a random crime is apt to be headlined, “Florida...
© LitHub
Back to top