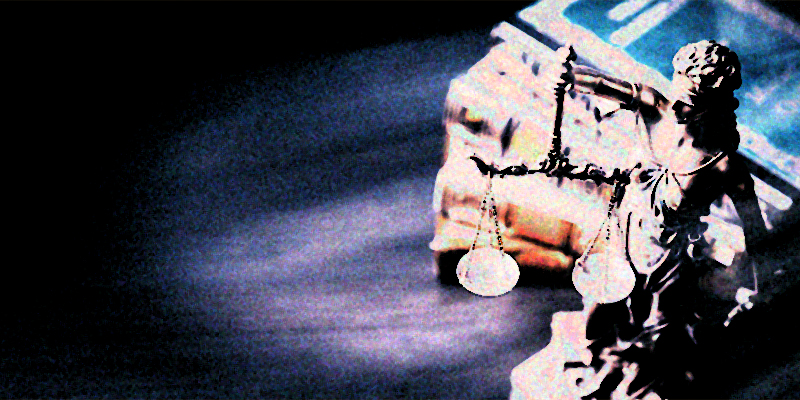 Author and community activist Veronica Gutierrez reflects on the hard lessons learned from her time working as a civil rights lawyer.

During my short time as a civil rights attorney, I worked on several cases involving harassment on the job. Without fail, my clients had two things in common. They wanted the harassment to stop; and they thought retaliation for reporting the harassment was just a continuation of the abuse. They had no idea that the law, and, more importantly, juries, viewed retaliation as a separate, greater offense. I guess when you’re in the middle of such trauma, you just want it to end, and you want life to go back to “normal.” Unfortunately, a return to normal is an elusive goal, even if a complaint causes the harassment to stop. Such was the case of my protagonist Yolanda Avila several years before the start of my debut mystery novel AS YOU LOOK.

Yolanda’s backstory is that she is a former cop who was pushed out of the department due to harassment and retaliation by fellow officers who endangered her life. The harassment started as it usually does in a police department, an outsized response to a perceived violation of an unwritten code. (Unlike sexual harassment which is usually all about power over a subordinate.) In Yolanda’s case, she naively reported politically motivated, aggressive policing because community contacts she’d been cultivating for years were caught up in unjustified sweeps. I say naively because she followed the written rules but failed to recognize the unwritten one: You don’t rat on other cops for doing their job, even when they cross the line.

In paramilitary organizations such as police departments and fire departments, the culture can reinforce adherence to these unwritten rules. A green or idealistic cop or firefighter may not recognize the consequences of doing the right thing. Yolanda sure didn’t. In her case, she reported the aggressive policing—bad police work that had ruined good police work—and that’s when the harassment began. I imagined that it started as such harassment sometimes does, with small jibes and anonymously written threats at her locker. Then she followed the rules again and reported the harassment. As is typical in departments or leadership chains that tolerate this kind of behavior, the harassment got worse. At this point, under Title VII of the Civil Rights Act of 1964, the escalated harassment becomes retaliation. When condoned by a supervisor, the organization’s liability is all but certain. For Yolanda Avila, the abuse culminated in nearby police officers failing to respond, or “slow walking,” their response to calls for assistance while she chased a wanted suspect. She took fire and was shot in the arm, her Kevlar vest protecting her from more serious injury.

At this point, neither Title VII, nor any other law, matters to the person dealing with harassment and retaliation. At this point it is a matter of survival. Typical of clients who first try to resolve matters on their own, Yolanda went through several stages of grief. She didn’t know whom she could trust, but she knew that she could no longer rely on her brethren to back her. For a cop who loves her job, that is devastating and potentially fatal. At first, Yolanda went through denial alternating with anger. Bargaining and acceptance come along as a client goes through the emotionally draining process of filing complaints internally and through state and federal Equal Employment Opportunity Commissions, and, finally, lawsuits. If they haven’t already, clients will often leave their job during this process. I don’t recall any remaining at the same job, usually vying for a fresh start elsewhere.

Yolanda Avila did the same. Her wife Dr. Sydney Garrett argued that her safety mattered too much to remain in the LAPD. Her best friend, attorney Carmen Ochoa, argued that formal complaints with government agencies were necessary to be taken seriously after an Internal Affairs complaint. Of course, the agency complaints were merely a prelude to a civil court action, often the only place to make defendants pay with orders to enforce or change personnel policies and provide monetary compensation. Interestingly, most clients want the former more than the latter, believing that standing up for themselves would help others and justify the stress and life-changing experience of taking on an institution.

After months of pre-trial discovery, witness preparation, depositions, settlement conferences, and trial (if it gets that far), the plaintiff is usually exhausted, impatient, and eager for it all to be over. Reliving the abuse can be just as painful as living through it the first time. But one thing that I’ve seen in clients at this stage right before trial is renewed resolve. They’ve come this far, and they want to finish the job. If the defendant avoids trial by agreeing to a settlement, the plaintiff sometimes feels that it is anti-climactic. They didn’t get their day in court and can be disappointed at the lack of public vindication. It can become unfinished business that continues to gnaw at you. Most move on, but it’s difficult to do so without some residual resentment, even after a considerable monetary settlement. Like I said, what most clients really want is a change to the behavior, and usually the dismissal of the primary culprits.

Yolanda Avila gets no such satisfaction, but she does get a financial settlement that helps her buy a place for herself and her then medical student wife. It’s also enough to get her started as a private investigator. As in real life, the lack of complete closure means that the past will sometimes return to dredge up hard feelings. And that makes for keeping a good story moving. 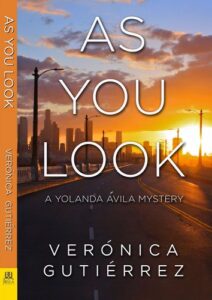 Verónica Gutiérrez is a former community organizer, civil rights attorney, municipal employee, non-profit leader, and corporate executive. She draws from years of experience in those worlds for her writing. Verónica was born and raised in Boyle Heights, the Los Angeles neighborhood that her protagonist, Yolanda Avila, P.I., calls home. Verónica and her wife Laura split their time between Los Angeles and San Francisco. Both are home bar enthusiasts and avid travelers. They host cocktail-lesson-themed fundraisers--called Mixology on a Mission--to help Los Angeles non-profits grow their donor base. Verónica published My Little Black Cocktail Book, a journal to organize her research and help others do the same. Some of the recipes she collects make it into her writing. Her new book, As You Look, is now available.

The Private Eye As Family Man 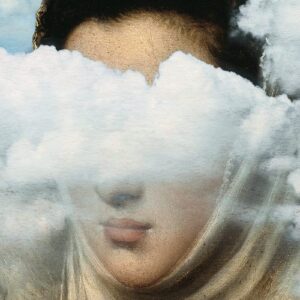 Another week, another batch of books for your TBR pile. Happy reading, folks. * Ally Wilkes, All the White Spaces (Atria...
© LitHub
Back to top