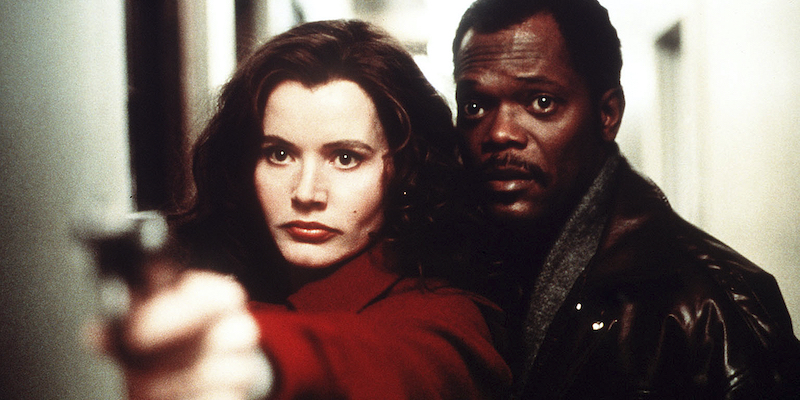 The Private Eye As Family Man

By and large, the private eye has never been big on family.

Other peoples’ families, sure. But Sam Spade showed more interest in his partner’s wife than in finding one of his own, and A is for Alibi begins with Kinsey Milhone introducing herself as “twice divorced, no kids.” While there are exceptions, the PI has generally been a creature of solitude, give or take a sidekick or secretary.

No one of his generation had more success telling PI stories in Hollywood than Shane Black. 2005’s Kiss Kiss Bang Bang and 2016’s The Nice Guys, both written and directed by Black, drew inspiration from pulp writers such as Richard S. Prather and Shell Scott, adding tongue-in-cheek humor, mismatched partners, and plenty of violence. These same traits are on display in Black’s first produced screenplay, 1987’s Lethal Weapon, directed by Richard Donner. All three films take place during the Christmas season, another recurring motif.

In between Weapon and Kiss, Black wrote the screenplays for two high profile action films: The Last Boy Scout (1991), directed by Tony Scott and starring Bruce Willis and Damon Wayans; and The Long Kiss Goodnight (1996), directed by Renny Harlin and starring Geena Davis and Samuel L. Jackson (who cites the film as his favorite role). Both films feature private detectives with messed up, fractured families. Yet while the PI films of previous generations emphasized independence, both of Black’s scripts make the PI part of something greater than themselves. A partnership, yes, but also a family. In a decade with several high profile entries in the genre (including V.I. Warshawski, Twilight, The Zero Effect, and The Two Jakes,) The Long Kiss Goodnight and The Last Boy Scout might be the best and richest PI films of the ‘90s, for the ways they upend the lone private eye tradition in favor of family.

Joe Hallenbeck: “This is the ’90s. You don’t just go around punching people. You have to say something cool first.”

We first see Joe Hallenbeck asleep in his car, as neighborhood kids toss a dead squirrel onto the dozing PI’s chest. Things aren’t well in the Hallenbeck home. His daughter Darian hates him for being a square. His wife Sarah is sleeping with his friend and sometime employer, Mike. The boyfriend of his client Cory calls Hallenbeck a bum who “couldn’t protect a cup of warm piss.” Hallenbeck and stubborn and old-fashioned, bewildered by leather pants and popular music. He’s out of touch with those around him, committed to a code they don’t understand. Considering Hallenbeck’s strengths and failings as a person, The Last Boy Scout is an apt title.

His qualities as a detective soon assert themselves as both Mike and Cory are killed, leaving Hallenbeck and Cory’s boyfriend, disgraced football player Jimmy Dix, to find the culprits. Their investigation uncovers a conspiracy by football team owner Shelly Marcone to legalize sports betting, even if that means assassinating the corrupt Senator Baynard. The hitch? Hallenbeck was once a decorated Secret Service agent who was fired after punching out Baynard. Who better to frame for Baynard’s assassination than a disgraced PI with a personal grudge against the senator?

As Dix says, when they race to Baynard’s rescue, “I figure you gotta be the dumbest guy in the world, Joe. You’re trying the save the life of the man who ruined your career, and avenge the death of the guy that fucked your wife.”

While Hallenbeck shoots straight, cracks wise, and even dispatches a Marcone henchman with a single punch, he’s not invulnerable, nor a loner. Dix, adrift in painkillers and self-pity, comes to Hallenbeck’s aid, as does Darian, smuggling a gun using a stuffed hand puppet. Stopping Baynard’s assassination restores his daughter’s respect in him, and establishes Dix as his partner.

But it’s his reconciliation with Sarah which brings Hallenbeck back to his family. When Hallenbeck discovers her affair, and asks how she wants him to react, she responds by imagining his profane response: “You’re a lying bitch and if the cops weren’t here, l’d spit in your face.” Hallenbeck is too emotionally distant for that. But after saving Baynard and stopping Marcone, Hallenbeck repeats these words to Sarah in a loving tone, ironically signaling his commitment to their marriage. Joe Hallenbeck is a father, a husband, and a mentor of sorts—a family man and a PI.

Mitch Henessey: “I never did one thing right in my life, you know that? Not one. That takes skill.”

Families play an equally important role in The Long Kiss Goodnight, though in this case it’s the client’s family which takes center stage. Amnesiac schoolteacher Samantha Caine has hired a slew of private investigators to uncover who she was before she woke up two months pregnant with no memory of her former life. Scraping the bottle of the barrel, Caine hires Mitch Henessey, who is introduced posing as a cop to shake down a john. His extortion scam almost fails when one of his ‘fellow cops’ has a bout of alcoholic nausea in the john’s motel room. Foul-mouthed and crafty, Henessey uses the Muddy Waters song “Mannish Boy” as a mnemonic device: “Putting the keys in my left pocket. Dun-dun-dun-dun-dun. Gun in the right-hand side. Dun-dun-dun-dun-dun.” He may be at bottom of the barrel, but he’s comfortable there.

When Henessey’s assistant Trin hits on a lead to Caine’s past, Caine and Henessey take to the road, soon finding highly-trained killers on their trail—killers whom the schoolteacher dispatches with ease. Caine, it turns out, is really Charlie Baltimore, a government assassin left for dead by the terrorist group she tried to infiltrate. To find answers, Baltimore and Henessey need to foil the terrorists’ plot to set off a bomb in Niagara Falls.

Henessey, a former cop who served time for theft, has disappointed ex-wife so often with his shady behavior, that she’s warned their son Todd not to take accept his presents. When Henessey tries to give Todd a toy clearly obtained through less-than-legal means, his son refuses it, both of them knowing where it came from. While a lifetime of bad decisions have ruined Henessey’s marriage, his current career path and lack of ethics impinge on his ability to be a father.

While at first Caine is scandalized by Henessey’s foul language and prurient jokes, once Charlie’s personality re-asserts itself, their positions are reversed. Henessey becomes the one uncomfortable with Charlie sexually asserting herself, and downright upset at her dismissive attitude to her daughter, Caitlin. Suddenly it’s Henessey who has to be responsible, to think of the consequences to others.

Charlie Baltimore possesses the skills to foil the terrorist plot, but Samantha Caine possesses the mindset for teamwork and self-sacrifice. When she and Caitlin are captured by the villainous Timothy, her daughter rescues her with a book of matches. Timothy, it turns out, is Caitlin’s father, though he rejects the role, as Charlie initially did. Only by accepting help from her daughter, and thereby accepting her own role as a mother, can Charlie save the day. In turn, Henessey helps Charlie realize that being a deadly secret agent and a caring parent can go hand in hand. When the president calls to thank her for her bravery, Charlie asks for Henessey to be given the credit. To the astonishment of his ex-wife and son, Henessey appears on Larry King Live as a celebrity talking head, gaining the nation’s respect and proving himself worthy of theirs.

Although at heart Joe Hallenbeck and Mitch Henessey are family men, in Shane Black’s scripts, a family isn’t a trophy awarded for violence, but an institution with responsibilities, where trust has to be earned. This is true for all four main characters. Joe Hallenbeck has to forgive his wife and accept his daughter’s maturity, while Jimmy Dix, whose depression started with the death of his unborn child, learns to move on by modelling himself on Hallenbeck. Charlie Baltimore is both a spy and a mom, while Mitch Henessey’s role in stopping the terrorist plot gives his estranged family reason to see him in a new light. None of them would ever win Parent or Spouse of the Year, but they all realize how important those roles are, and how complementary they are to their work. For a genre that routinely delivers explosions, car chases, profanity, and gunfights, the harmonious family dynamics at the center of these action films add something distinct and refreshing.

Black’s work is profuse with references to the PI tradition, and Kiss and Boy Scout are no exceptions. In The Long Kiss Goodnight, Henessey can be seen watching Elliott Gould traipse down the cat food aisle in the opening to Robert Altman’s The Long Goodbye. And in The Last Boy Scout, actor Joe Santos, famous for playing Jim Rockford’s hard-nosed cop buddy Dennis Becker on The Rockford Files, essentially reprises the role as Hallenbeck’s hard-nosed cop buddy, Bessalo. Though steeped in the genre’s tradition, especially its pulpier side, Black brought his own sensibilities to these scripts.

By the end of the 1970s, films such as Chinatown, Night Moves, and Farewell, My Lovely associated the silver screen PI with alienation, paranoia, and above all, solitude. No image better sums this up than surveillance expert Harry Caul in The Conversation, left alone in his wrecked apartment, playing mournful saxophone after fruitlessly searching for a listening device. While the 1990s saw a resurgence of private eye films, no one embraced the pulp tradition of the PI with as much gusto and verve as Shane Black. Yet Black’s films reject 1970s solitude and instead embrace PIs as responsible spouses, parents, and partners. Joe Hallenbeck reunites with his wife and gains the respect of his daughter Darian, while Mitch Henessey astonishes his son by appearing on national television as a hero. In the end, for Shane Black, being part of a family matters more than being a detective.

At least until the next case. 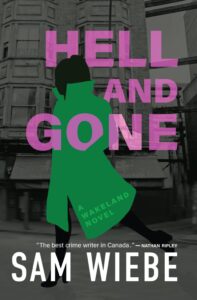 Sam Wiebe is the author of the Vancouver crime novels Cut You Down, Invisible Dead, and Last of the Independents. Wiebe's short stories have appeared in Thuglit, Spinetingler, and subTerrain, and he was the 2016 Vancouver Public Library Writer in Residence. He lives in Vancouver.
http://samwiebe.com 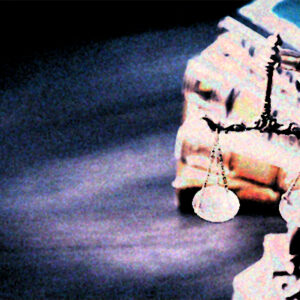 During my short time as a civil rights attorney, I worked on several cases involving harassment on the job. Without fail,...
© LitHub
Back to top