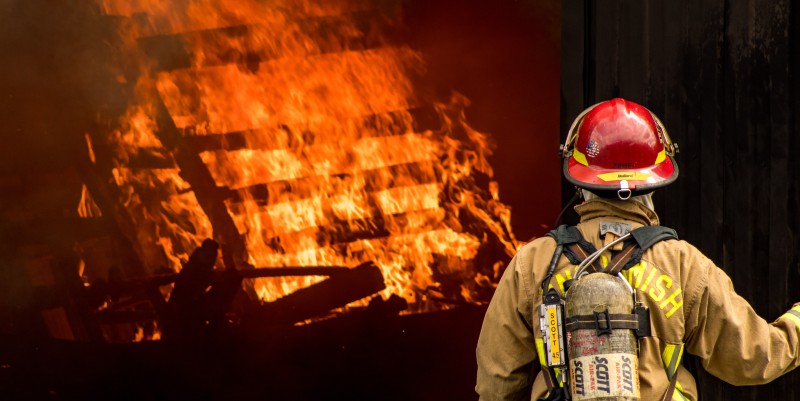 For starters, you better know how to pick a lock.

The first time I found myself crawling through a burning building wasn’t the realization of a life-long dream. Instead, my thoughts were “What the f*ck am I doing here?” As things calmed down that day, it occurred to me that this was a strange way to earn a living. I’ve now been a member of the Philadelphia Fire Department for thirty-six years.

When I began to write seriously, it was only natural my job be integral. I write crime fiction and most of my work is written from the point of view of the criminal, largely because that’s what I enjoy but it’s also a product of my time in the fire service. The narrator of my novels, Three Hours Past Midnight and A Few Days Away, has the benefit of this experience.

Essential to fighting fire is knowing the geography of where you work—the people, the streets and alleys, types of building construction and the interstitial spaces—unintentional patches of green, riverbanks, railroad rights-of way, land below highway overpasses—places where kids play but rarely set foot in once they’ve grown. Philadelphia is the setting for much of my work. Two stories, a novella, Happy Hour, and Three Hours Past Midnight, are travelogues of sorts, involving nightlong chases through the city, one, from the point of view of the pursued, the other, the hunter.

Another less visible but very real landscape that we, as city employees negotiate, is political. Connections are everything. Even with collective bargaining and civil service protections, we are subject to the whims of men and women who seldom have our best interests at heart. These realities breed a cynicism that easily becomes global. Every time I see an “expert” on television, regardless of subject, I wonder, is this guy really any good or does he just have the right uncle? This outlook has flavored my writing. My stuff tends to be dark. I based a character in Three Hours Past Midnight on a real, disgraced ex-state senator from Philadelphia, who in the early nineties, helped our mayor circumvent state law concerning binding arbitration for uniform employees. As a result. newly hired cops and firemen qualified for food stamps.

I think the major similarity of the fire service to criminal enterprise is that firefighters break into buildings. In the case of a fire, this is accomplished expeditiously, most often by forcing a door (for a number of reasons, we’ll take the front door, even when a nice, big picture window sits next to it. Chiefly, a door is an easier way in and an easier way back outside, if a rapid exit is necessary. Consider also, that hoseline dragged across broken window glass tends to spring leaks, having a negative effect on the overall outcome of the effort).

Other times though, speed is less a consideration, as when gaining access to a house or building to investigate an alarm, or for police or an ambulance crew. Sometimes, we are called to look inside for someone elderly and alone, who’s not been seen for a few days. In all these situations, we neither want to do unnecessary damage nor make more easy access to the property by the opportunistic, once we’ve left. These call for finesse. We might try to slip a door latch. If deadbolted, we’ll raise a ladder to look for an unlocked upstairs window or force the latch with a pry bar. In my career, I’ve not once seen or heard of us stymied in our attempt to enter a closed and locked property (in the eighties, firemen I know forced entry to the shuttered Eastern State Penitentiary on Fairmount Avenue—fireworks had gone over the wall and ignited one of the out-buildings. It took them an hour, but they got in). If not through door or window, then the roof (skylights and hatchways) crawlspace, (up, through a hatch, chase or duct), or by breaching the exterior walls. Oddly enough, the narrator from A Few Days Away knows how to do all these things, too.

A by-product of putting out fires is knowing how to set them. There are occasional stories in the news media of firefighters caught starting blazes. Typically, these are young men from small-town volunteer companies, but not always. As documented by Joseph Wambaugh in his book, Fire Lover: A True Story, the most successful and notorious American arsonist was a professional fire investigator. While I don’t set fires, some of my characters have—at times to devastating effect.

Firefighting is a team effort, so we find ourselves living and working in close quarters with our brothers and sisters. Conversation has been a constant. Steeped in this oral tradition, I do most of my research by finding someone who knows what I need to and asking them questions. Done this way, I find research more fun and fruitful (I get answers to questions I didn’t know I needed to ask), and usually that expert is happy to oblige me. I’ve never had anyone refuse.

The other component of crime fiction is a cop—or a sheriff, PI, Federal Agent, etc. I, in no way mean to leave these guys out of the game but I’m limited. While Police work and Firefighting have some commonalities, they are essentially different. I know little of the scientific or legal niceties of police procedure. One of the things firefighters do share with police (and likely, with criminals as well) is the peak experience.

It is important here for the reader to understand that most structure fires are handled in a routine, workmanlike manner. The typical housefire involves one or two rooms and can usually be controlled by an engine and ladder company—in Philadelphia, nine firefighters, coming in two trucks, while others stand by.

Occasionally, though, the amount of fire present far exceeds the capabilities of the first-arriving companies. The worst involve people trapped. During these, while also frightened, most of us experience heightened sensations that are not satisfactorily explained by an adrenaline rush. Speaking once with a close friend after the fact, I found we had shared a strange feeling of calm during the minutes things were wildly out of control. Usually, few of us ever mention this, beyond a sort of shorthand; when telling another firefighter who wasn’t there, we’ll simply call it a “good job.”

My writing tends to follow this model. I imagine that when the freedom or lives of my characters are in jeopardy, they would experience a similar phenomenon. As in firehouse conversation, while writing these scenes I avoid bald description of feelings. Covering a difficult and dangerous work week, I have the narrator of A Few Days Away paint as vivid a picture possible of what he lives through, and in that way invite the reader to feel what he feels. I’d like to believe I’ve succeeded. 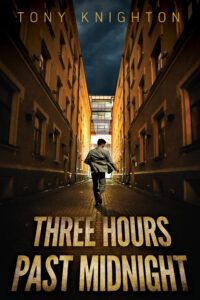 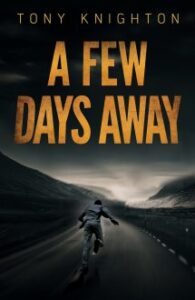 Tony is the author of the collection Happy Hour and Other Philadelphia Cruelties and the novels Three Hours Past Midnight and A Few Days Away. He is a lieutenant in the Philadelphia Fire Department, a thirty-six-year veteran. 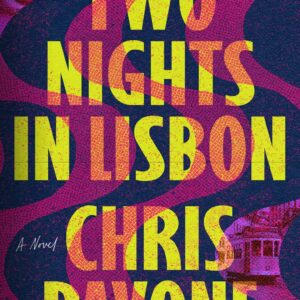 LISBON, PORTUGAL DAY 1. 7:28 A.M. Ariel awakens, alone. Sunlight is streaming through the gap between the shutters,...
© LitHub
Back to top